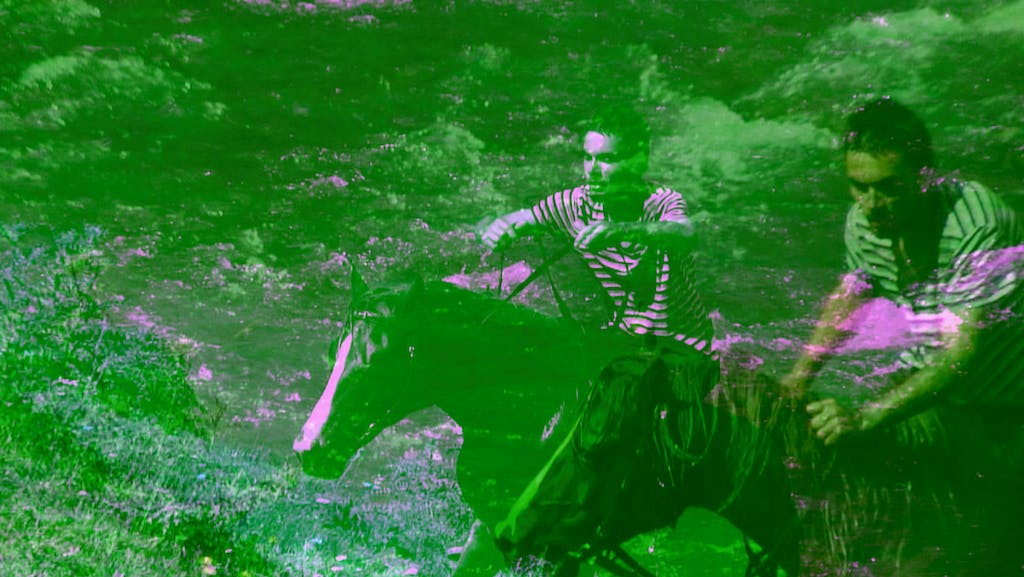 Sophio Medoidze (b.1978) is an artist and filmmaker. She was born in USSR, brought up in the Republic of Georgia and lives in London. She works with film, photography, writing and sculpture. For a time she worked anonymously as Clara Emigrand Collective, examining political conflict through a feminist lens and disseminating her work outside the gallery circuit. Medoidze’s work is marked by precarity and explores the poetic potential of uncertainty.

‘Xitana’, 2019 takes place In the isolated mountainous region of Tusheti in North East Georgia where life has remained largely unchanged since medieval times until the summer of 2018 when the Georgian government introduced free wifi access. As a result, the desires of young Tushetians are shifting dramatically, caught between nostalgia for the past and yearning for the future; nowhere is this conflict more pronounced than during Atengenoba, the region’s traditional summer festivities, which also fall within its busiest tourist season.