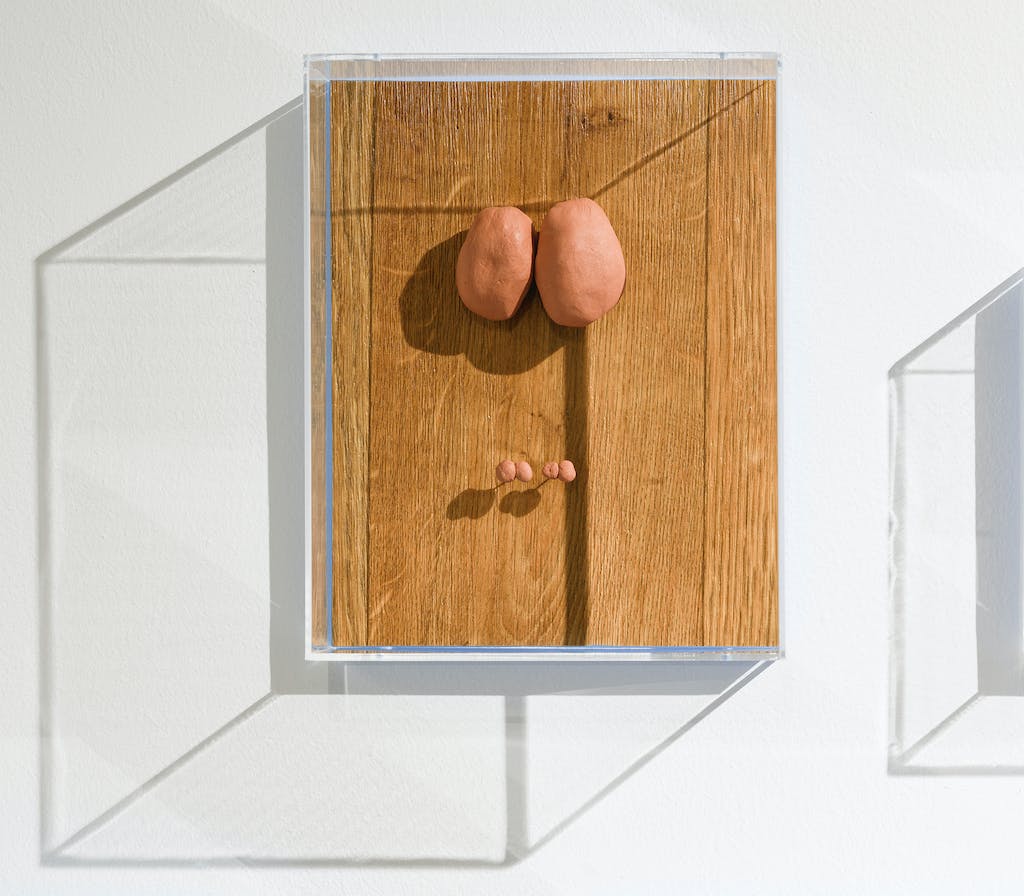 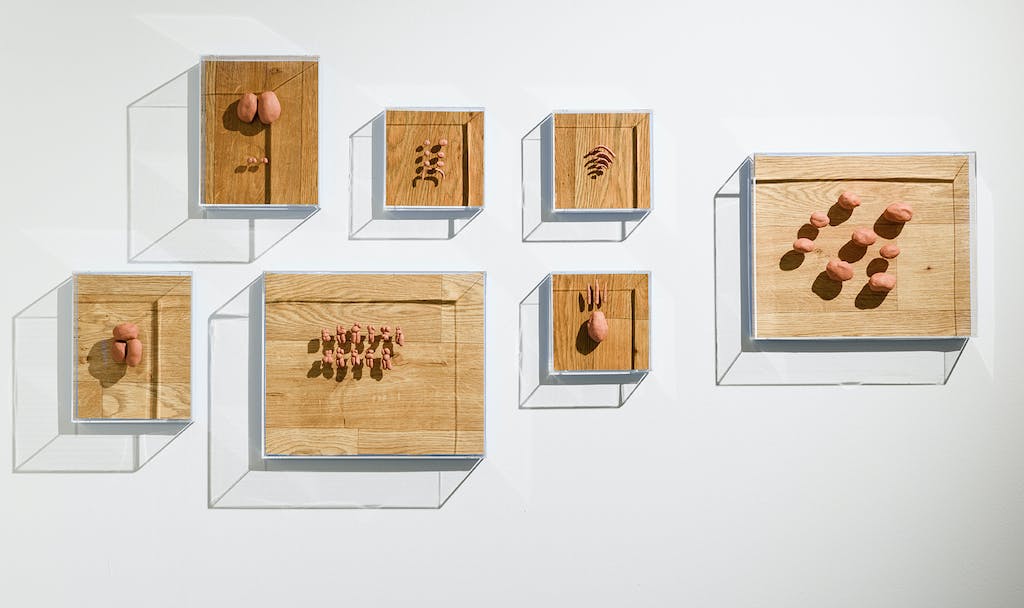 This series was originally exhibited as part of Flo’s solo exhibition “Holes” (2018) at Temnikova & Kasela. The show observed how the border and the land it encloses become subjects of nationalist rhetoric and suggested the idea of a “hole” as an opening through which these can be examined. Under the title “Startup,” the artist presented clay potato sprouts as an installation of plexiglass displays and wall pieces. A connection was made, in this absurd way, between tech and traditional gardening cultures, both of which are meant to act as symbols of Estonian entrepreneurism and business-mindedness.