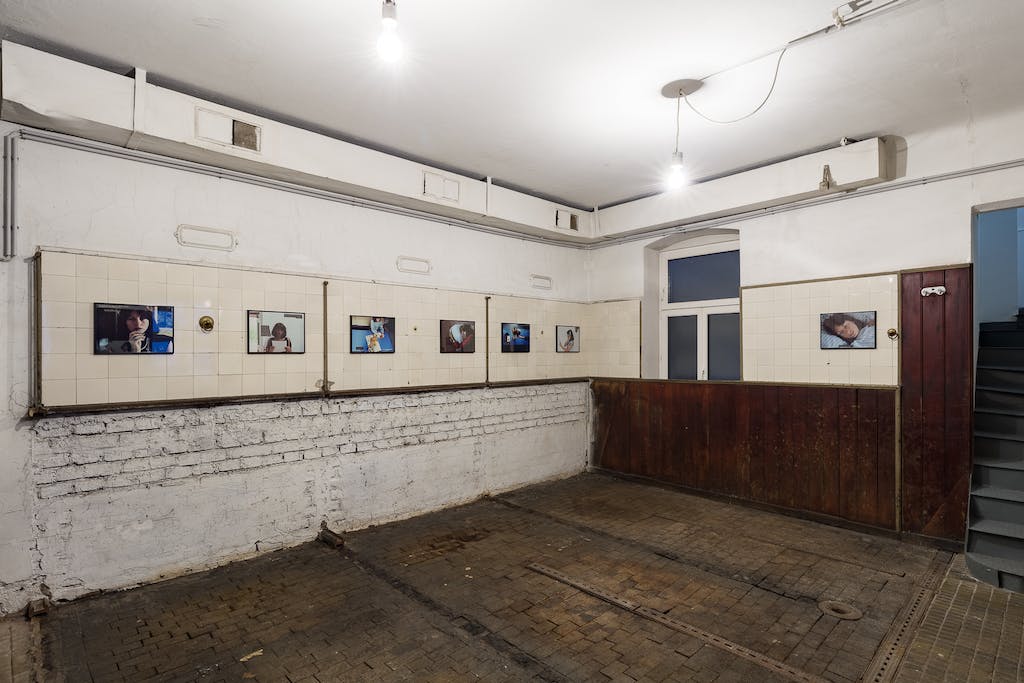 Ermes has been founded in 2015, initially as a gallery without a permanent space. Every exhibition was organized in a different venue; in March 2017 the gallery opened the first permanent space in Vienna, a former horse stable in the heart of the city. The program follows an intuitive approach, it presents Italian and international artists whose practices investigate diverse media: sculpture, painting, photography, video, performance, and installations. In December 2020 the gallery will open a new space in Rome, presenting a solo exhibition by Japanese artist Kazuna Taguchi.

Already in her first works from the 70s, Gravier started using photography as a privileged instrument to investigate and reveal the stereotypes of language and communication in the media, focusing on the mechanisms of conditioning and demystification of the concepts of happiness, well-being, success and femininity. 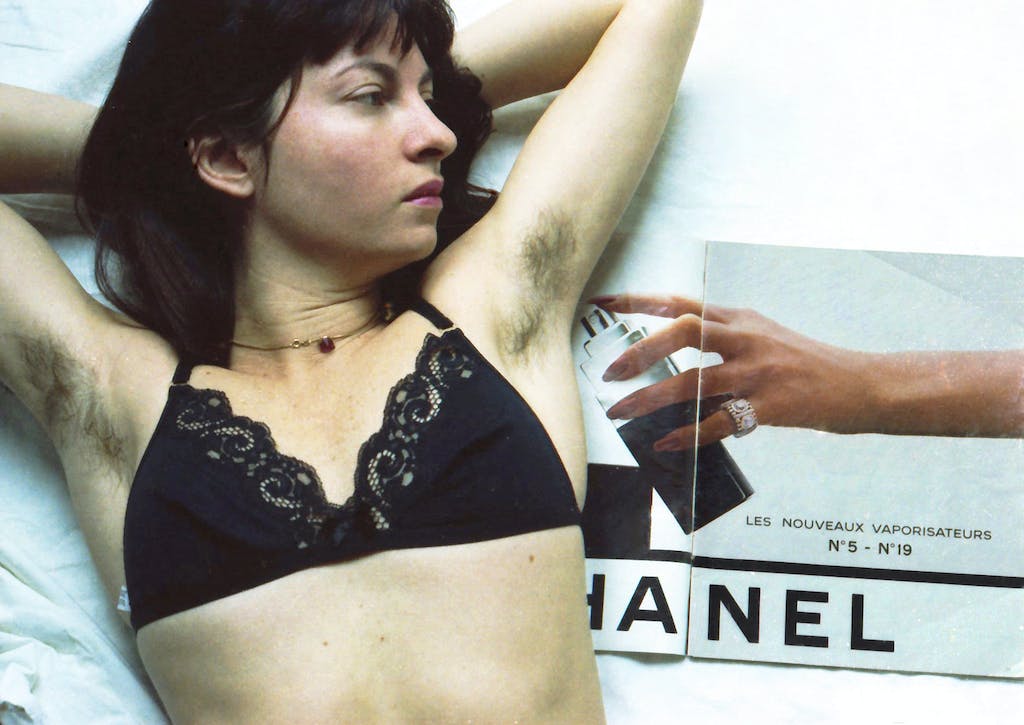 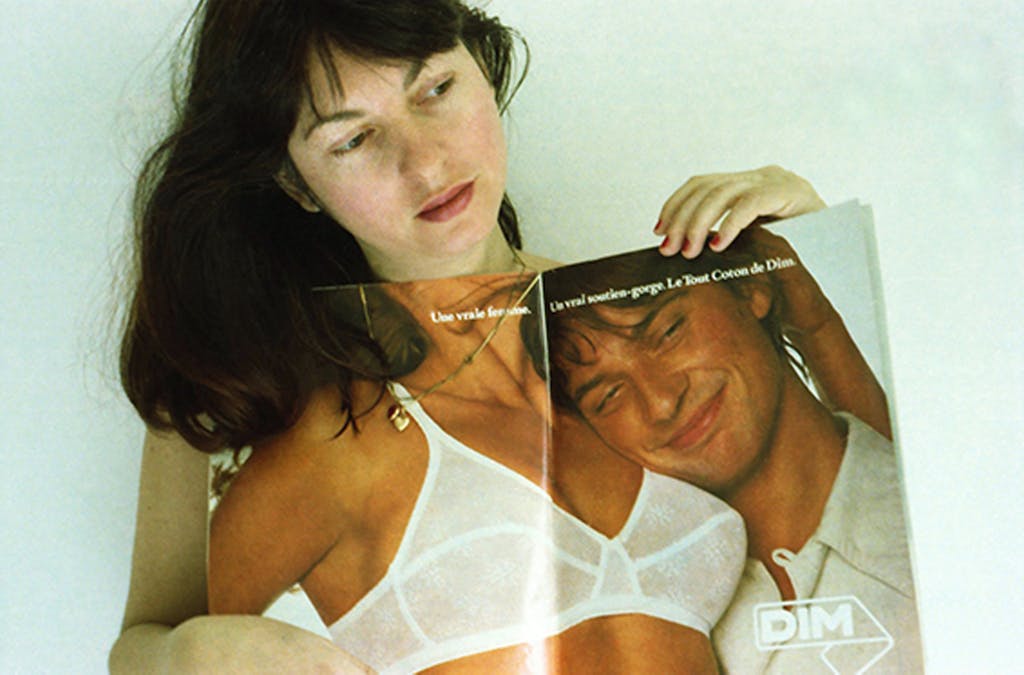 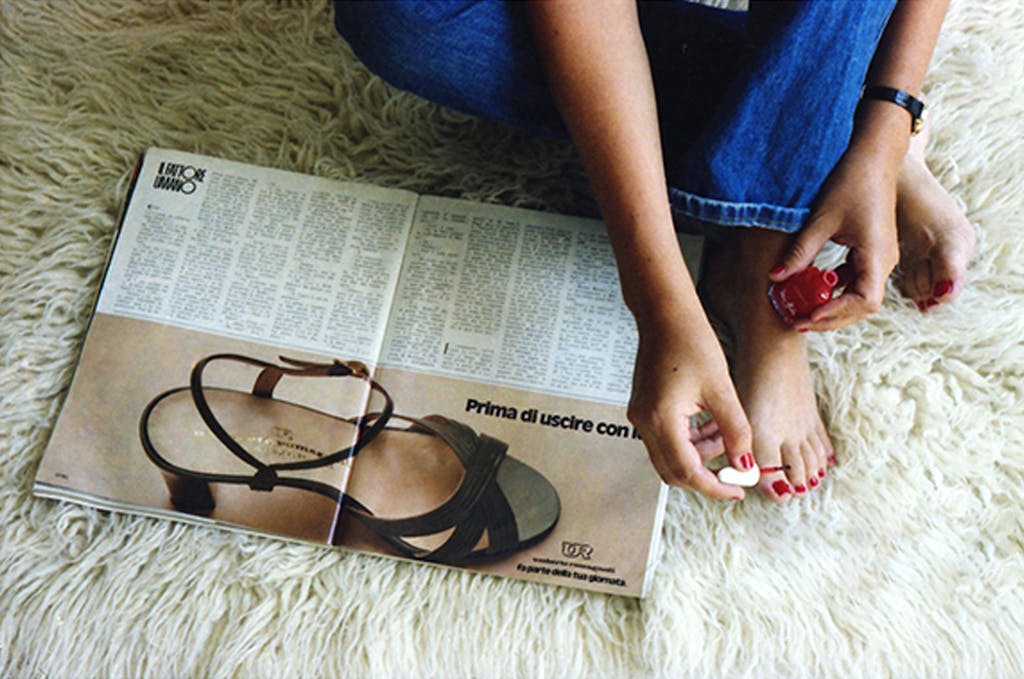 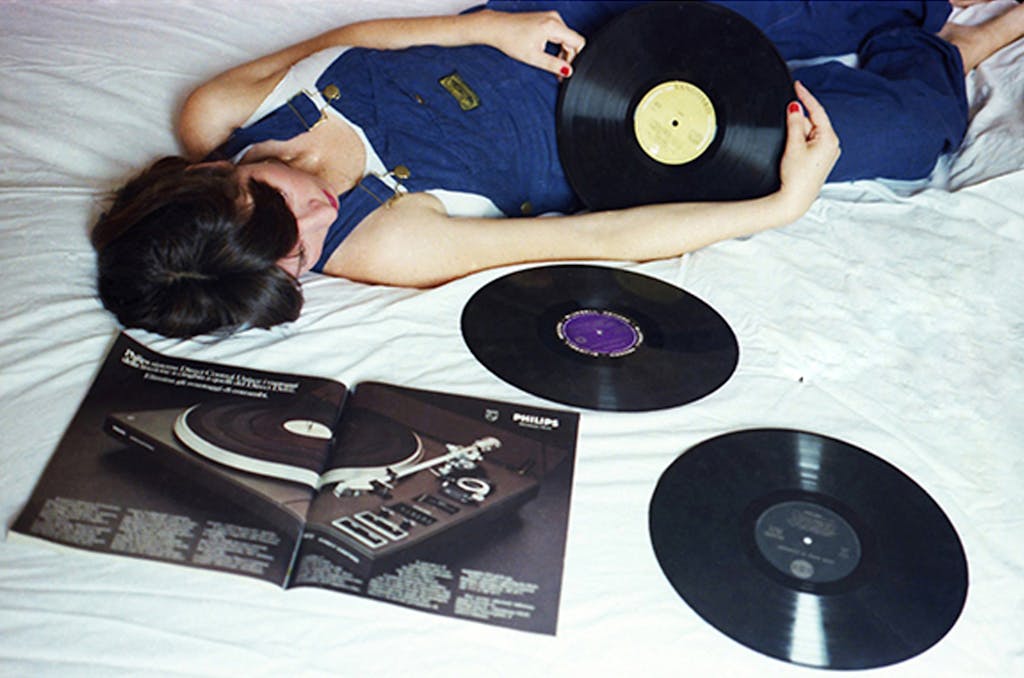 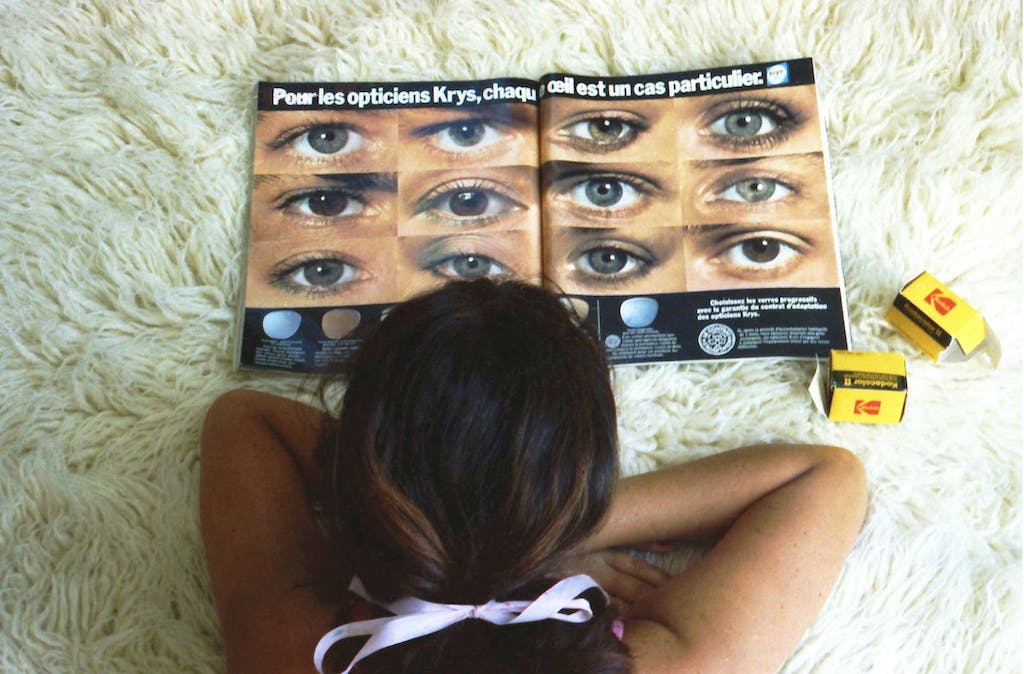 Already in her first works from the 70s, Gravier started using photography as a privileged instrument to investigate and reveal the stereotypes of language and communication in the media, focusing on the mechanisms of conditioning and demystification of the concepts of happiness, well-being, success and femininity.

In 1973, on the occasion of her first solo exhibition at the Multitudes gallery in Paris, the artist presented the series Cartes Postales, in which she played on the juxtaposition of illustrated postcards and photos taken by herself that imitate these visual models, with the intent of revealing the clichés inherent to the promotional pictures. The frames used in these postcards influence the way tourists view and experience these places.

Since 1976 she began to work on a series of photographic collages, the cycle of Mythes et Clichés (1976-80), which would become the leitmotif of her artistic career.

In these works, Gravier examines various languages, particularly those of the Photo Novel and Advertising.

Here we present a selection of works from the series Mythes et Clichés, Publicité (1976-80) which explores the world of images used in advertising and in women’s magazines, where the invitation to consumerism is masked by the “virtual promise” of love, beauty and success. The artist plays on the ambiguity of an image, juxtaposing advertising photographs with authentic details. Even if with an extreme delicacy and irony, Nicole Gravier conveys a full understanding of how the power and malleability of language in the spread and strengthening of dominant cultural forms can open the field to its re-appropriation as an instrument of emancipation from the latter. 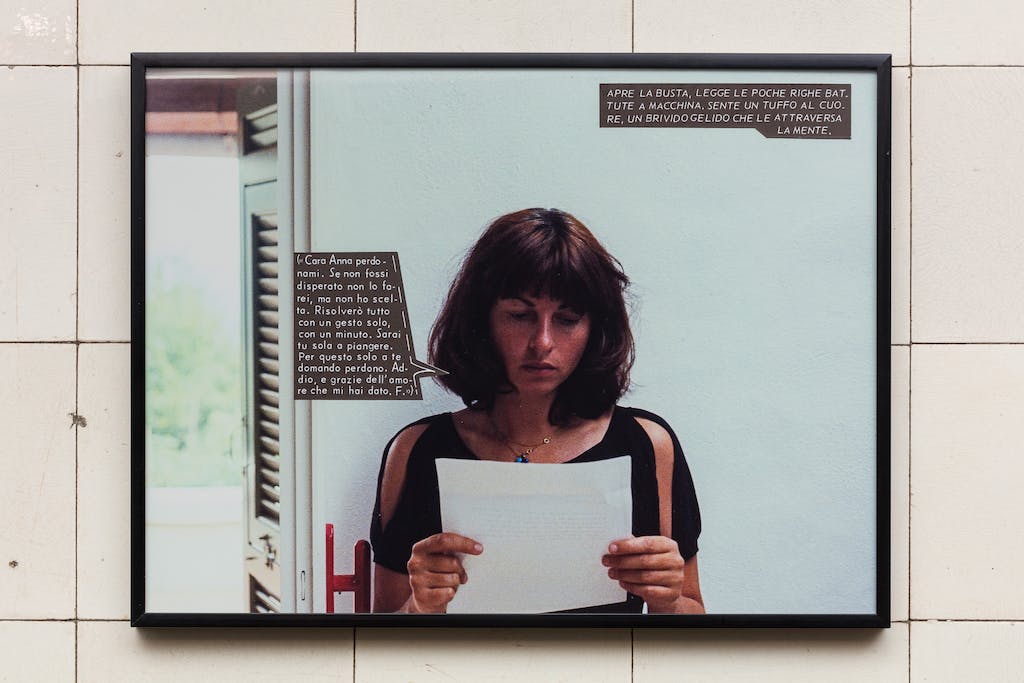 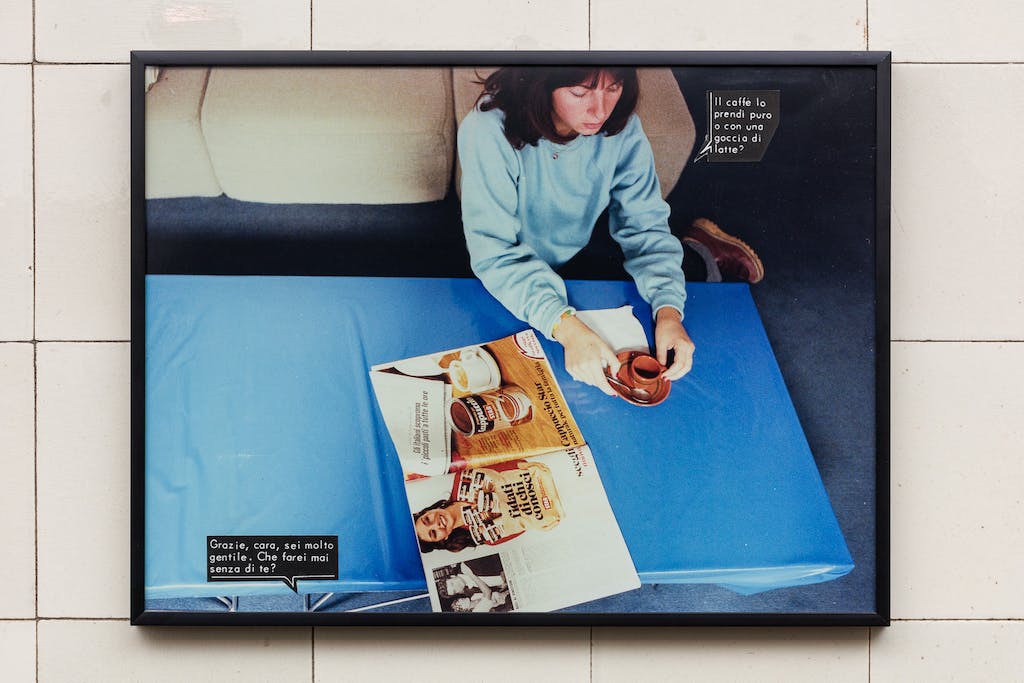 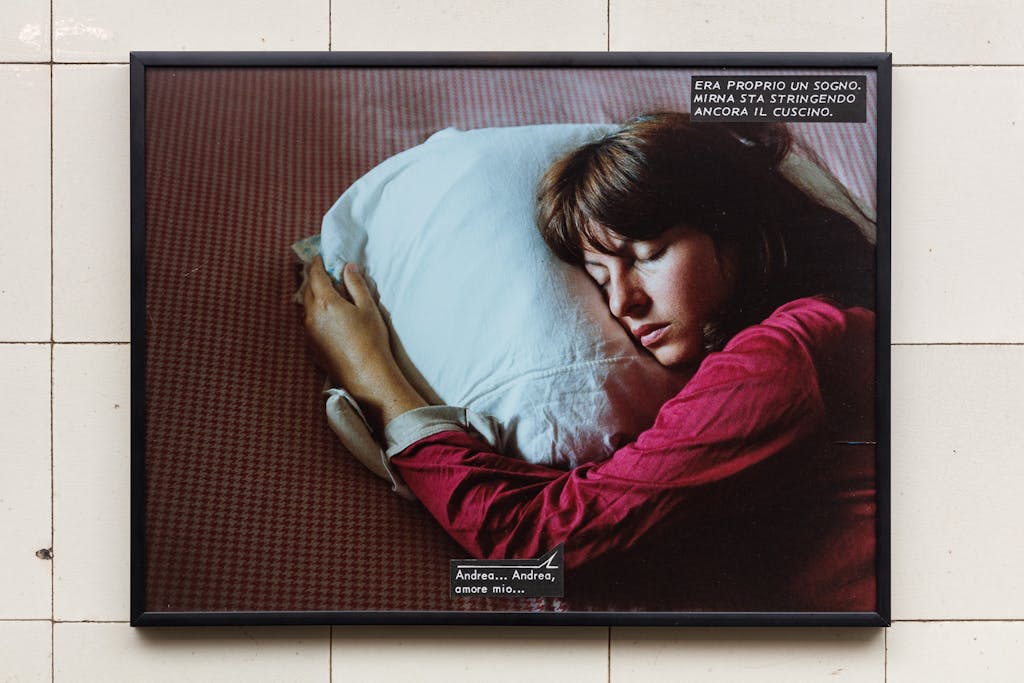 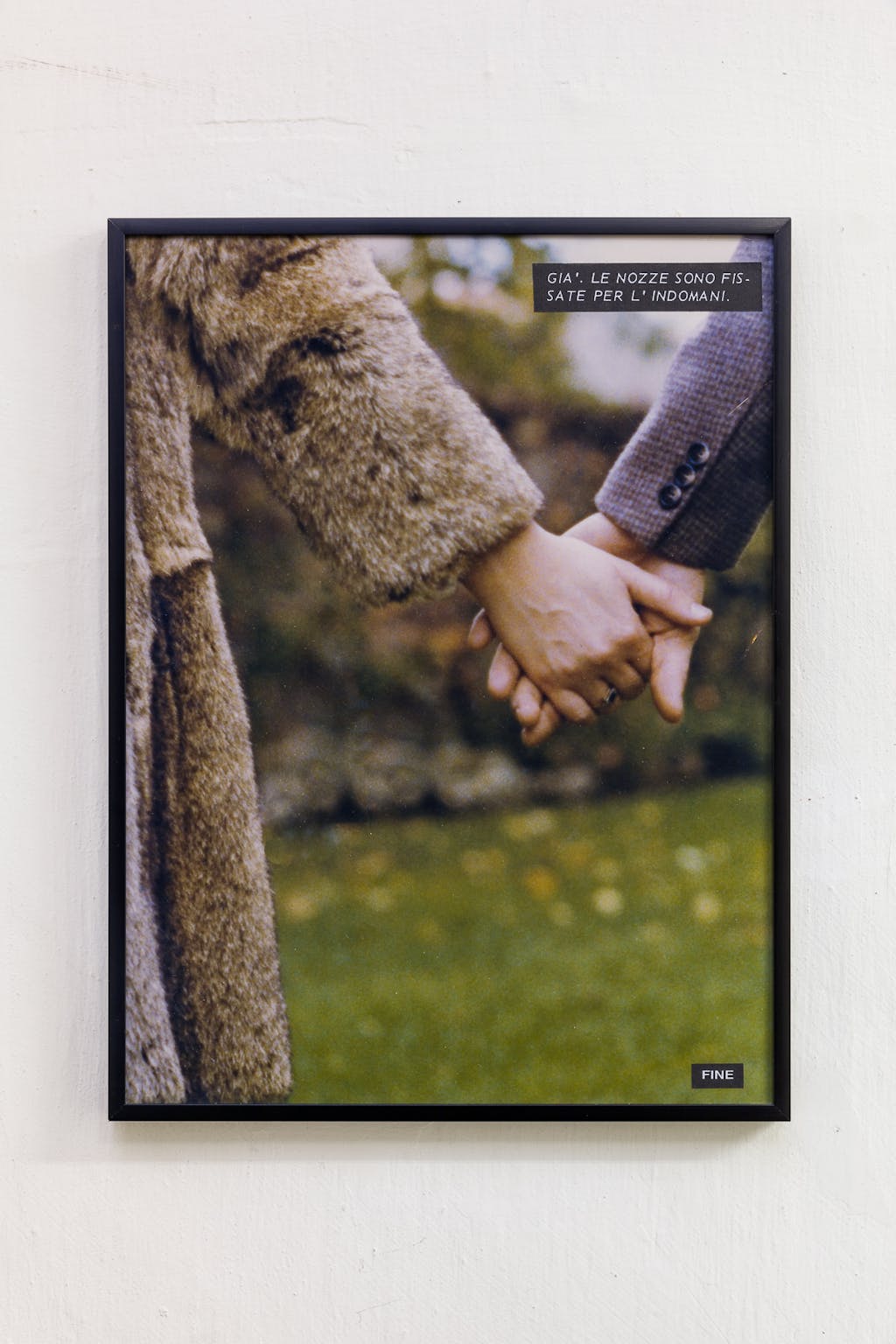 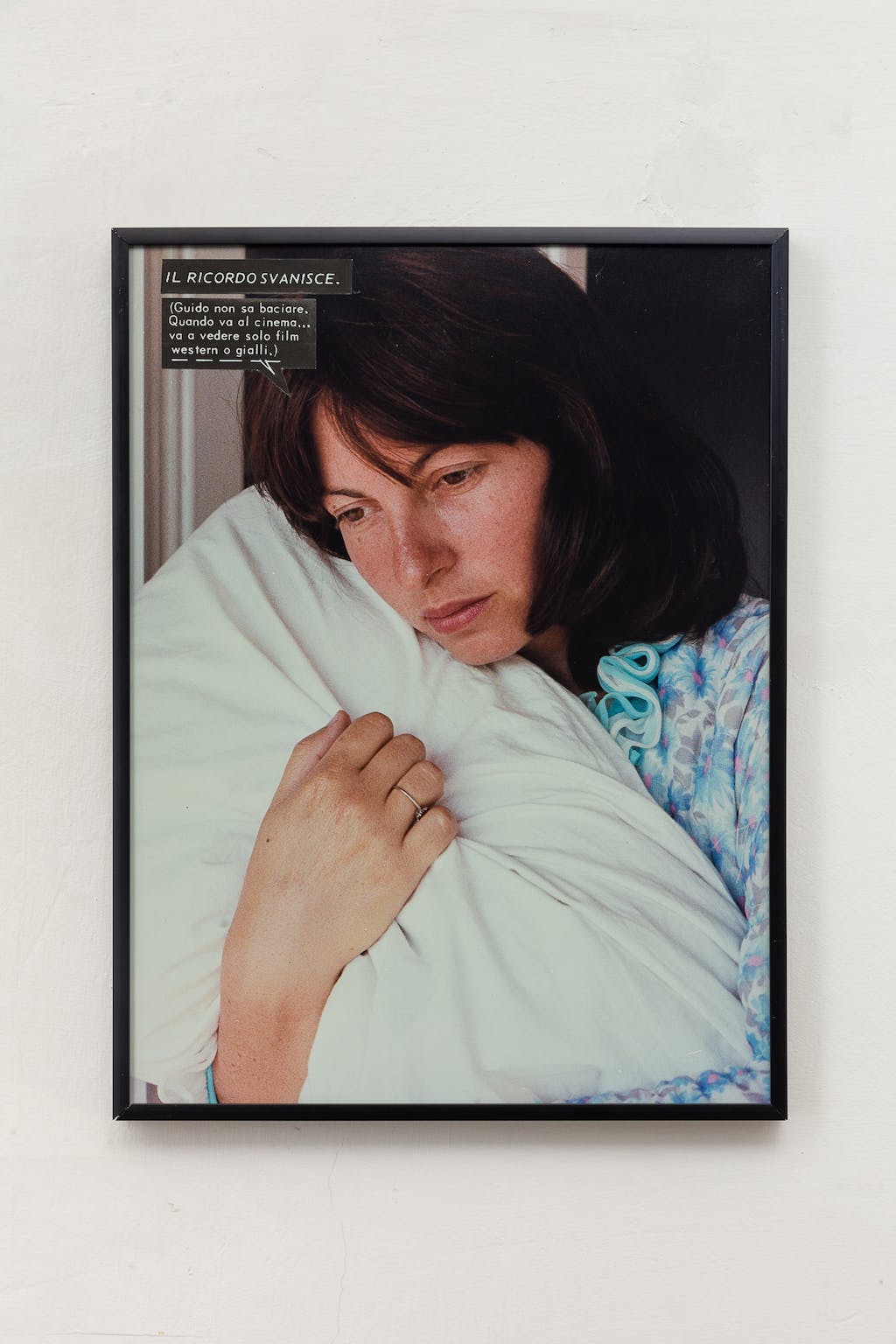 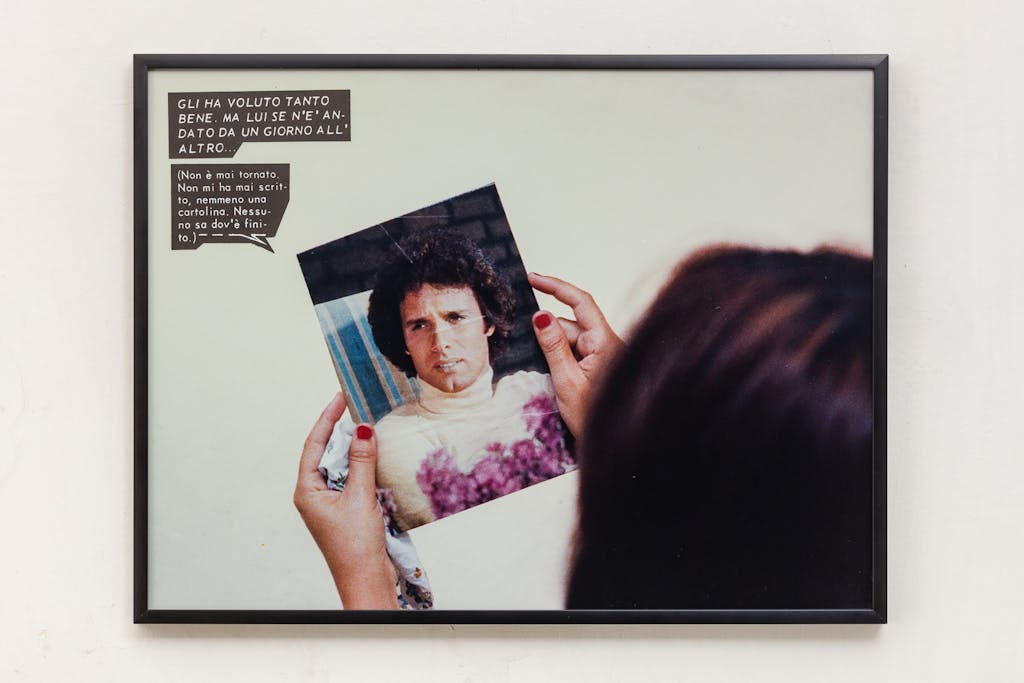 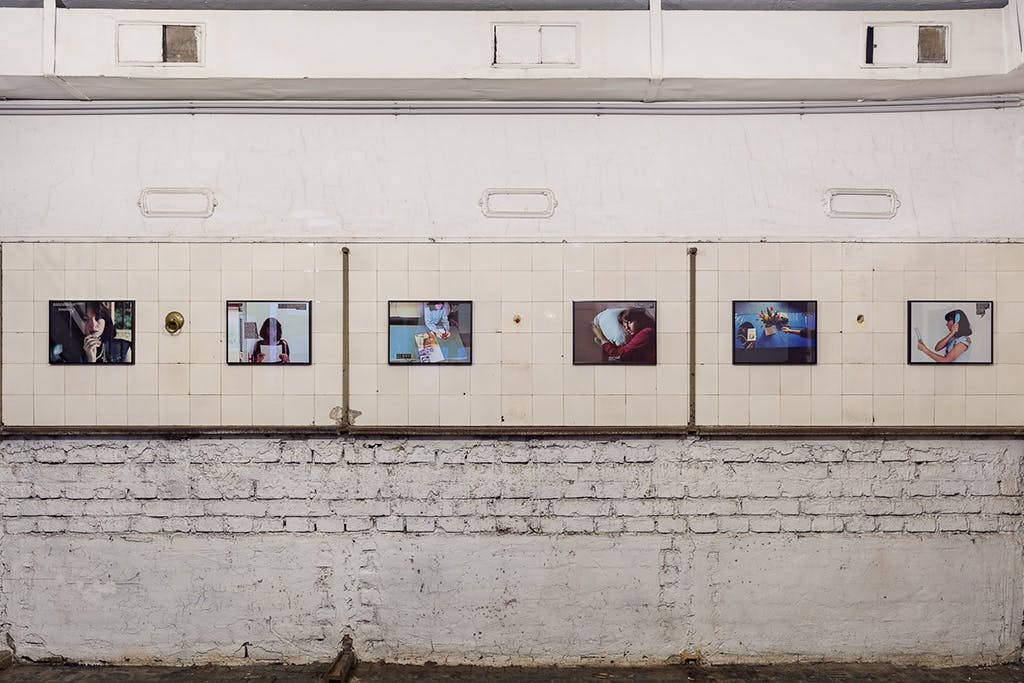 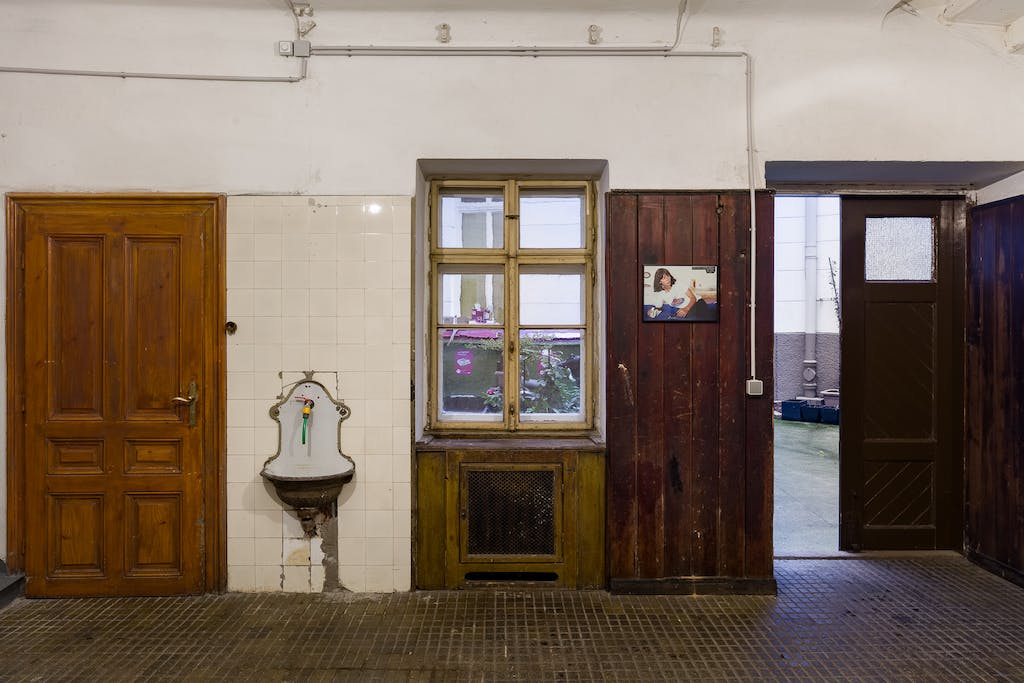 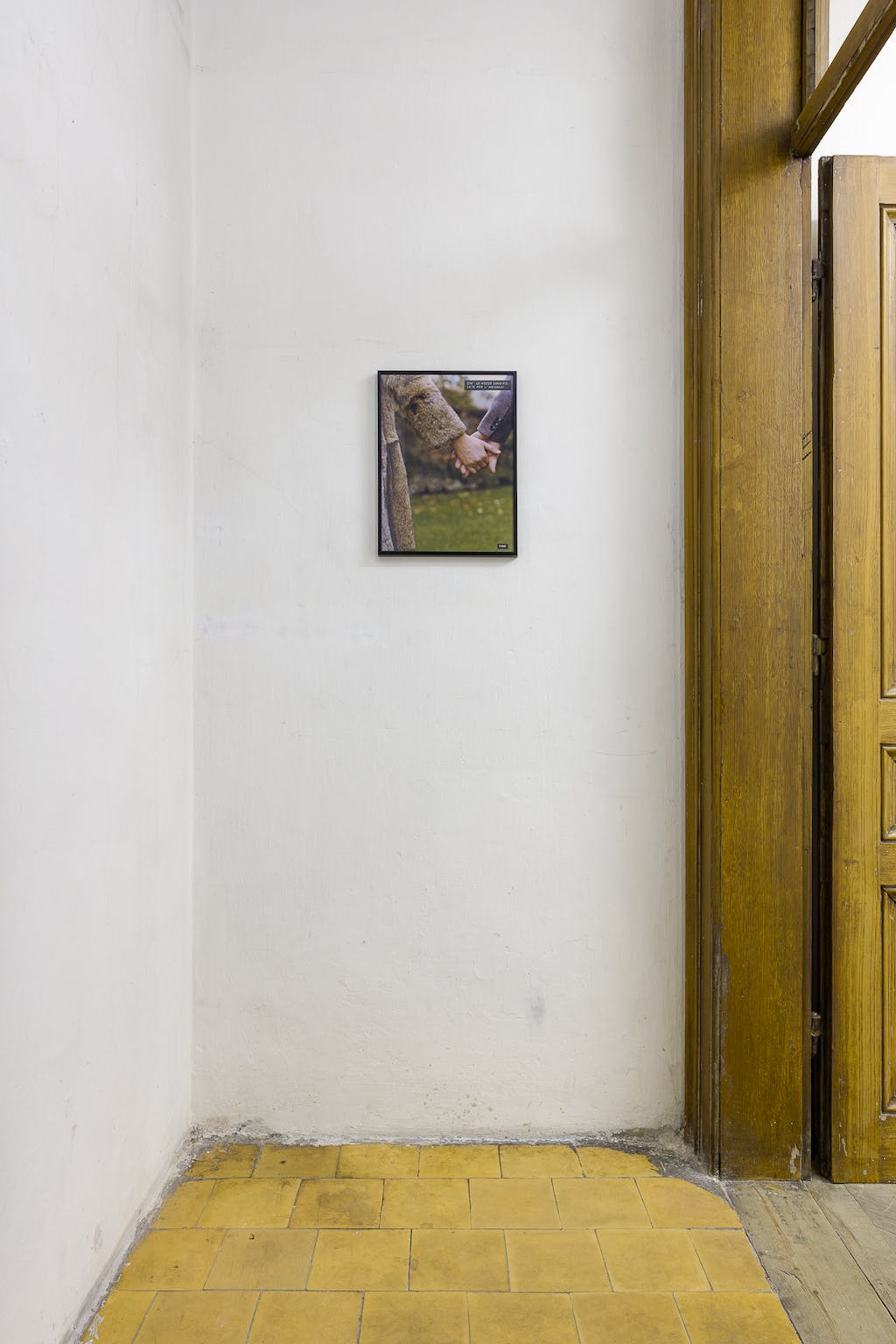 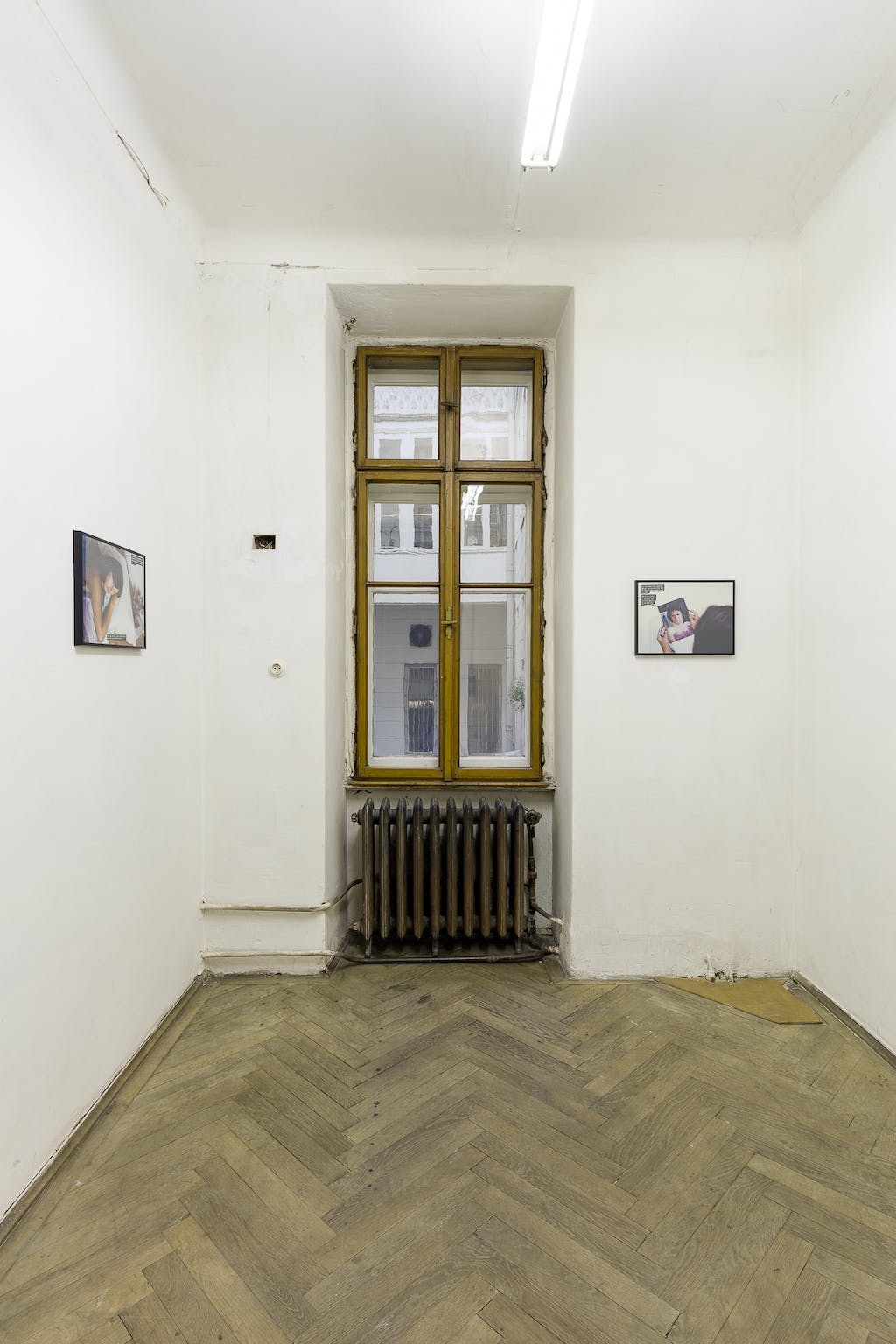 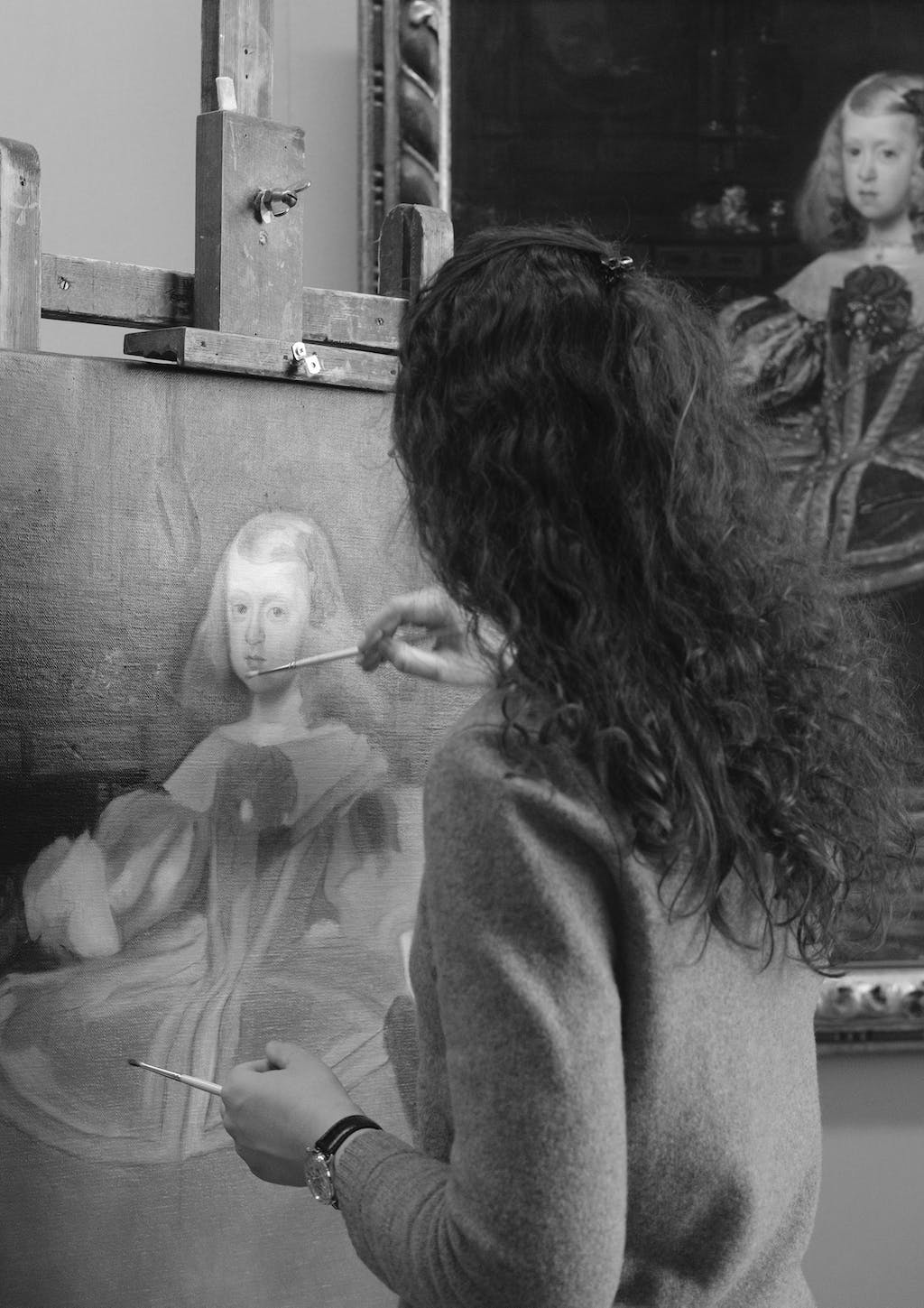 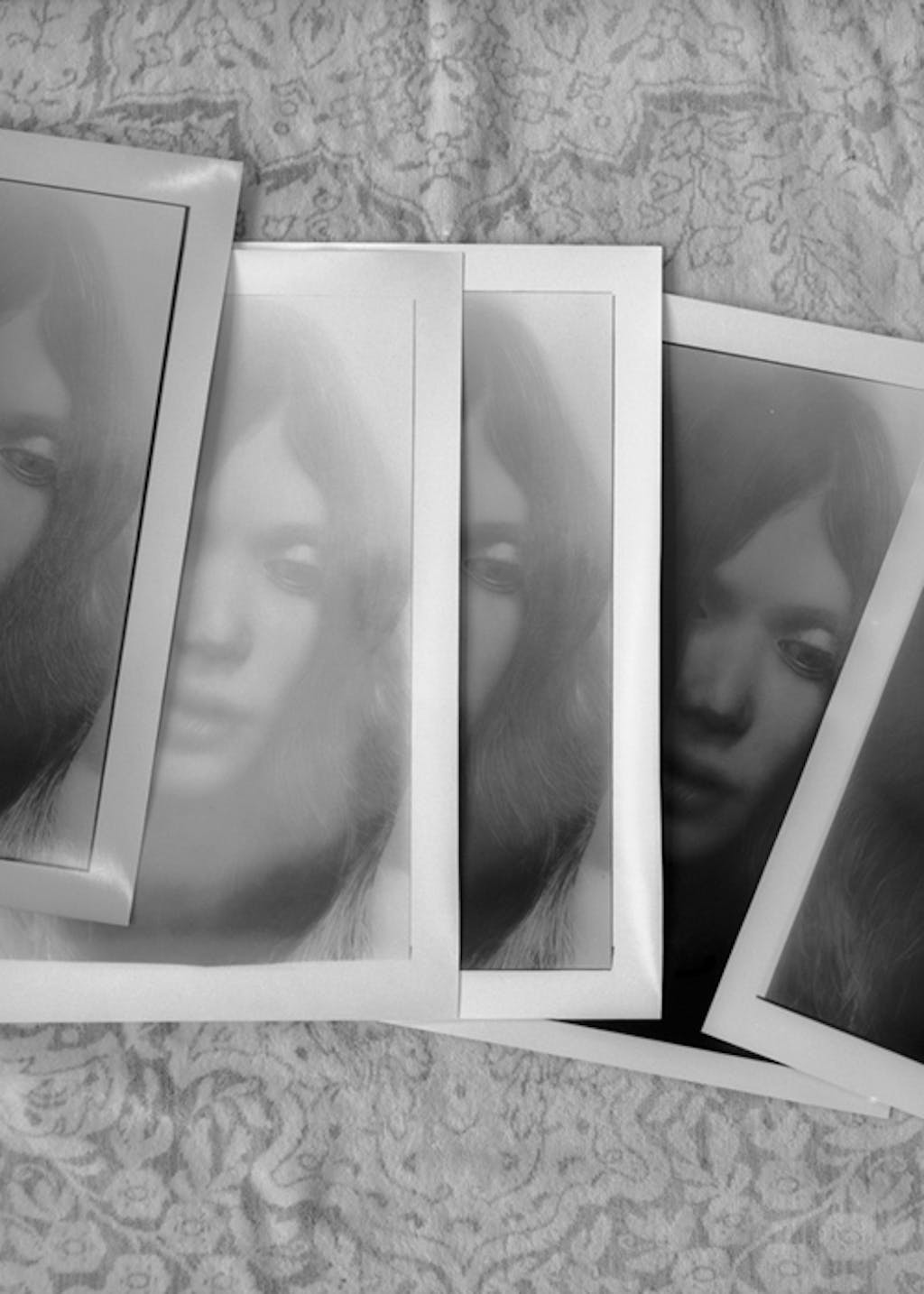 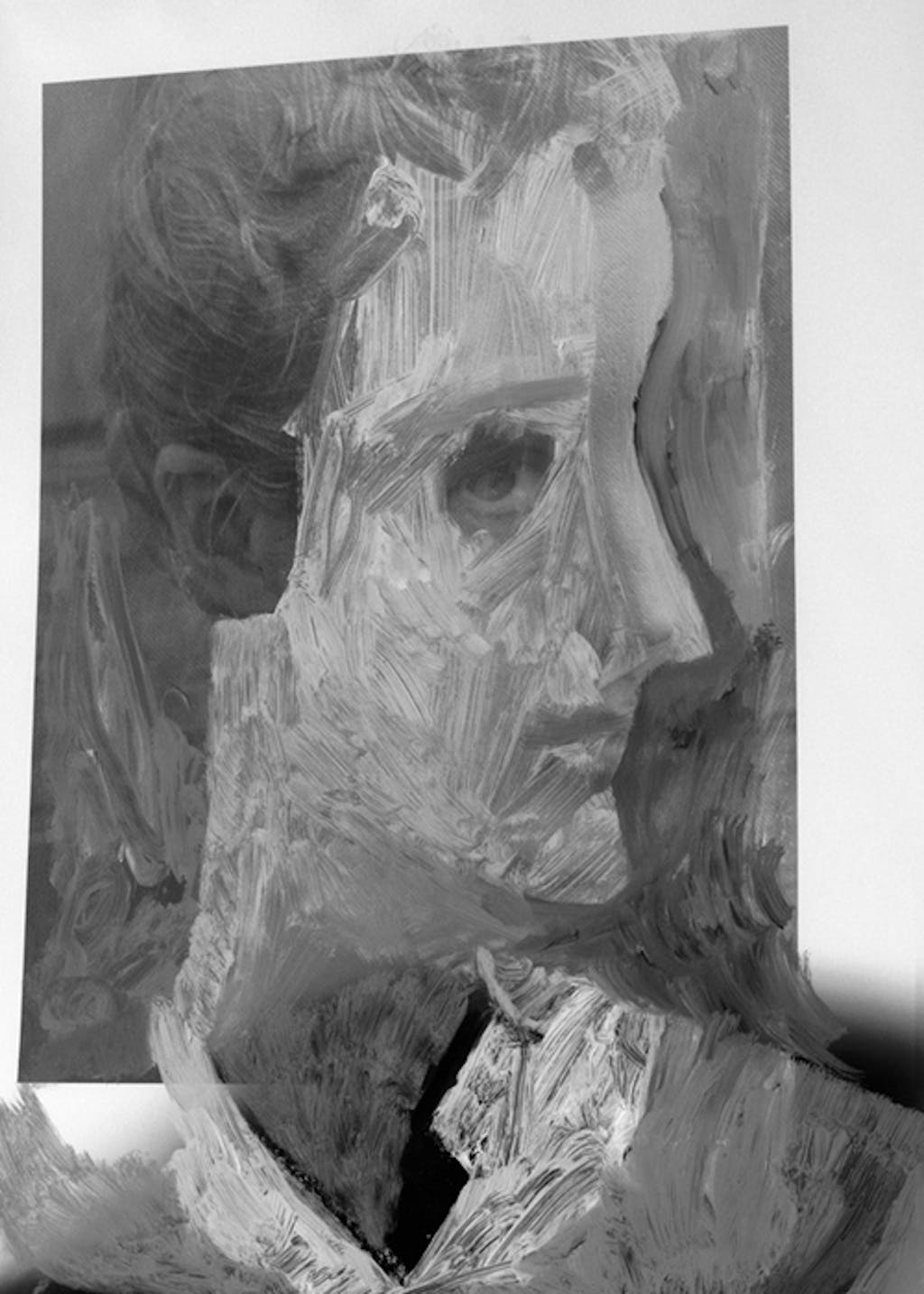 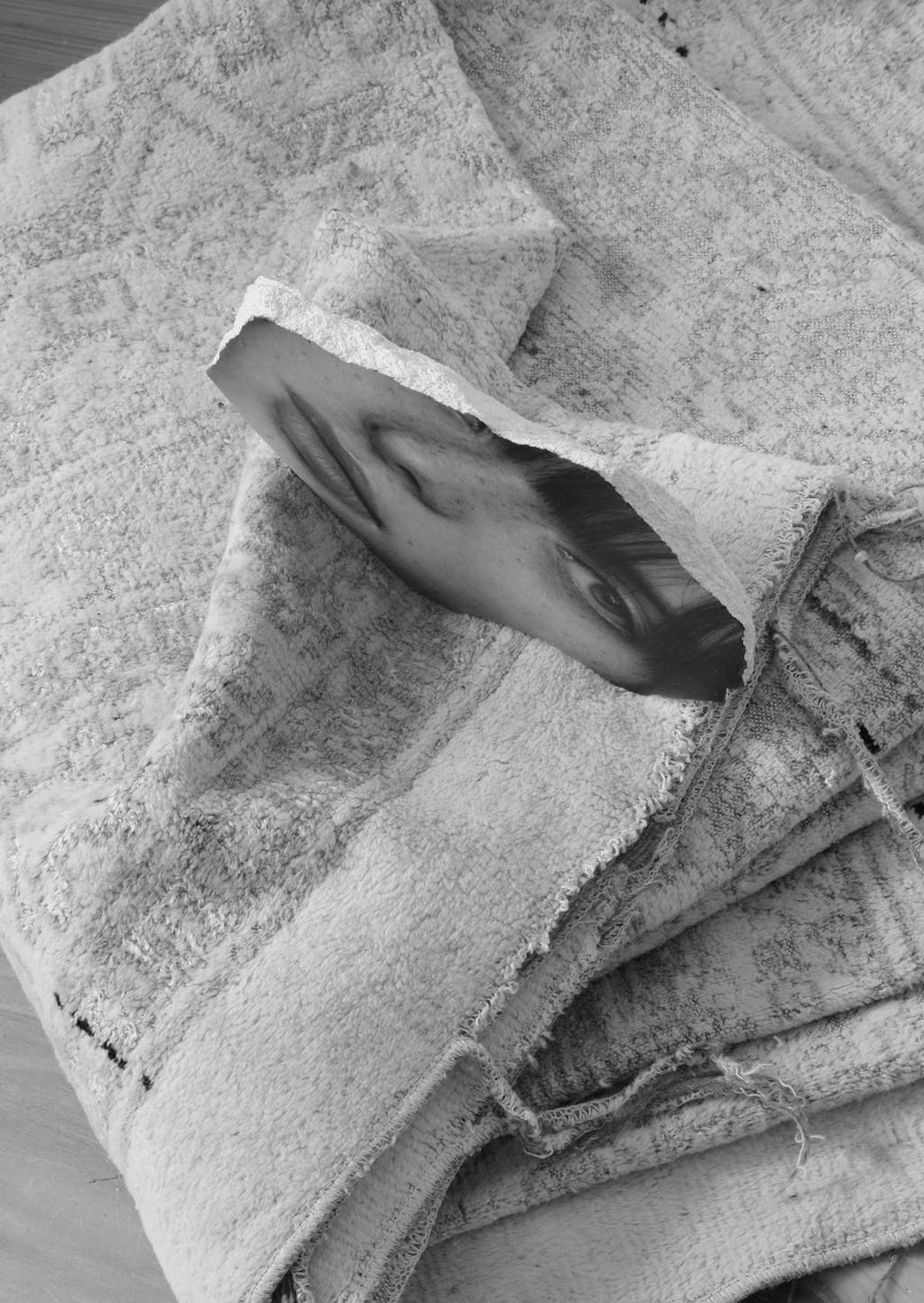 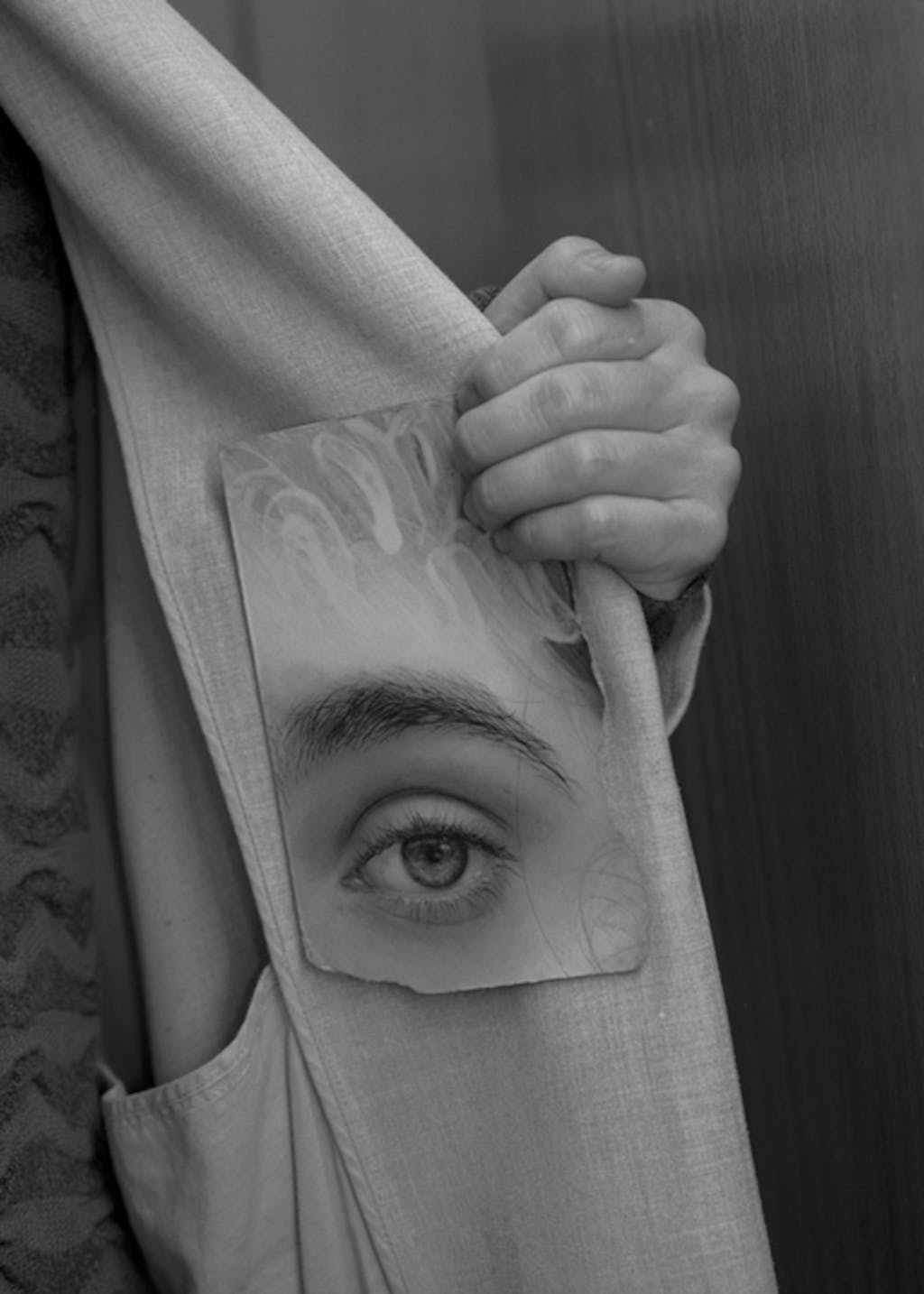 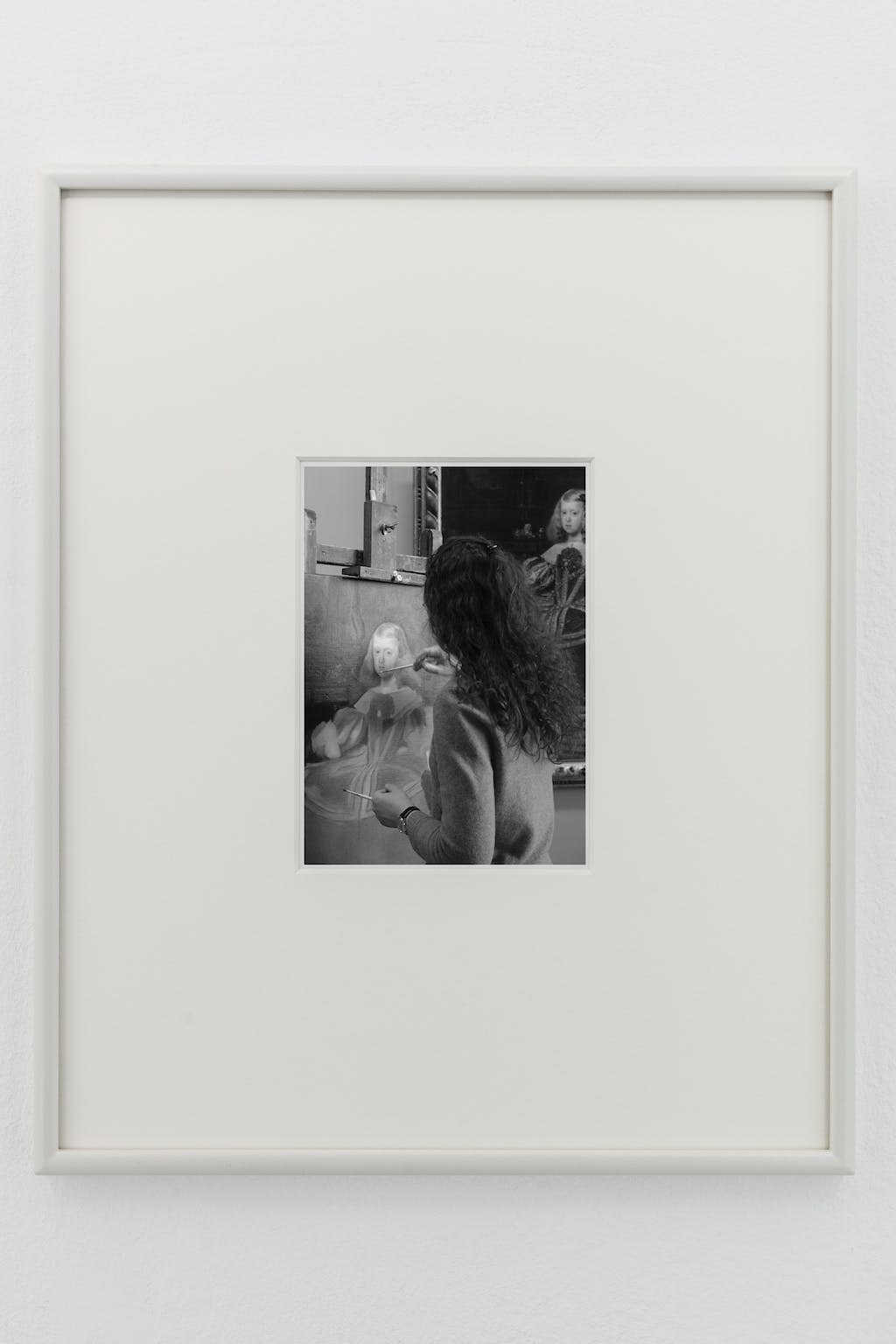 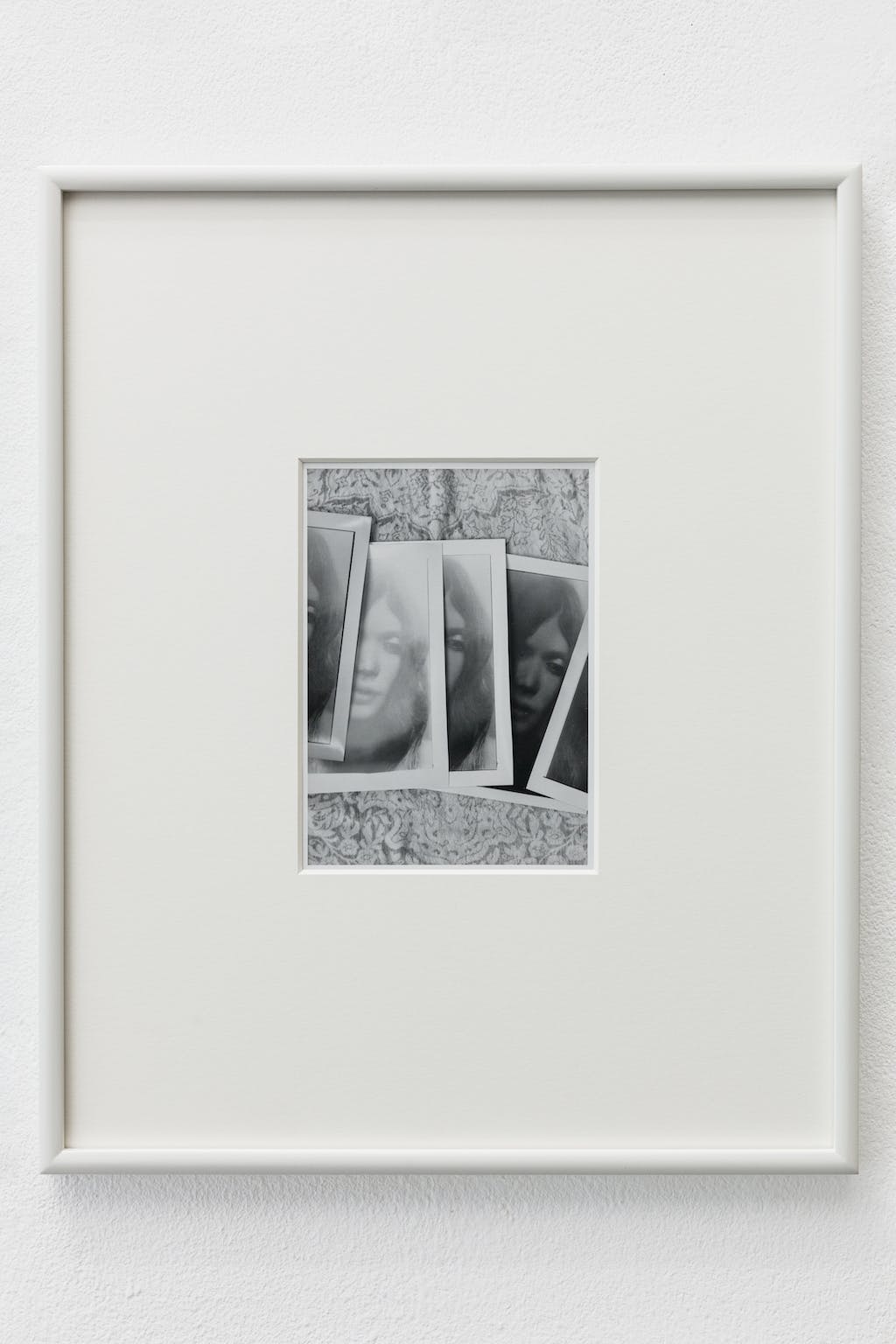 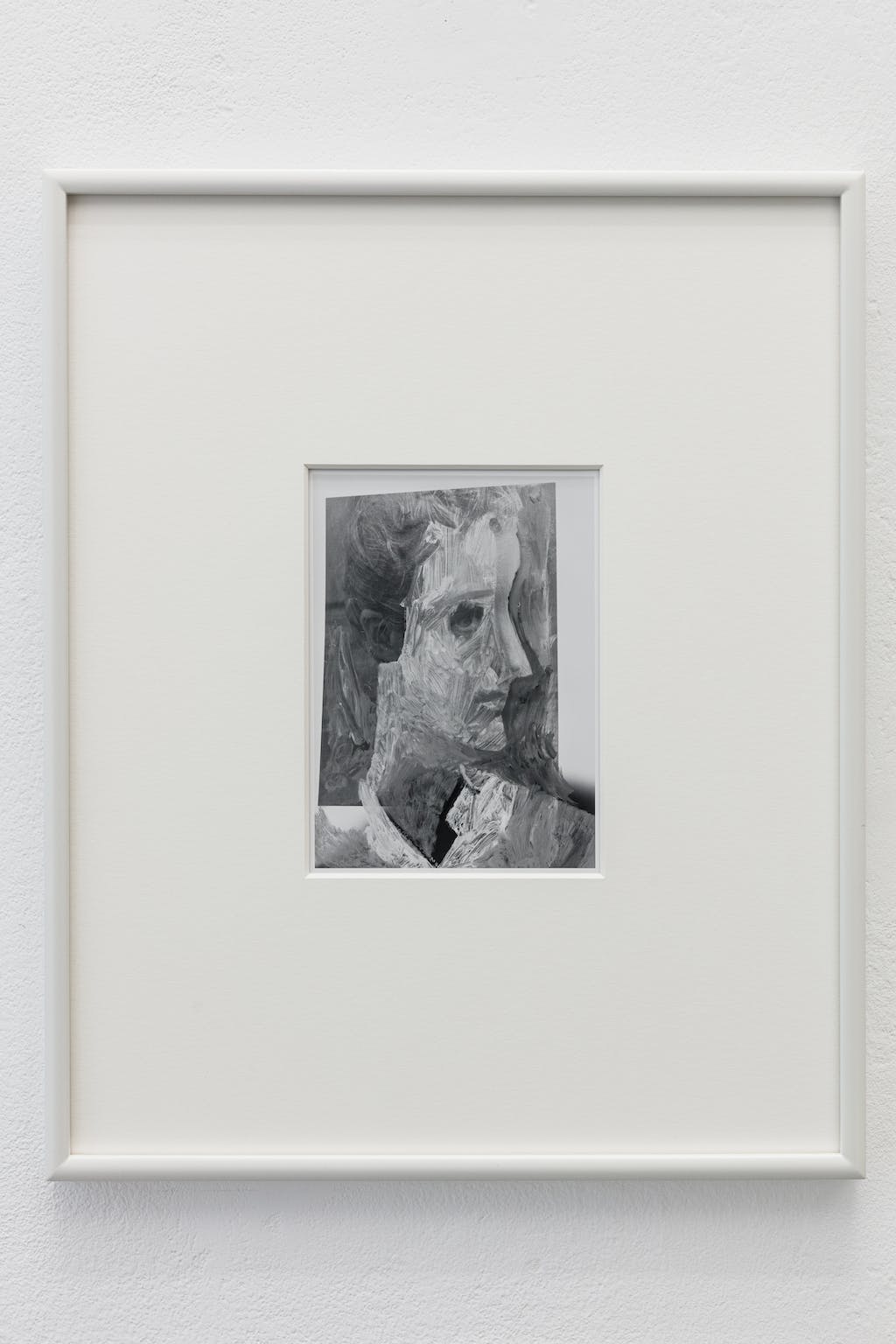 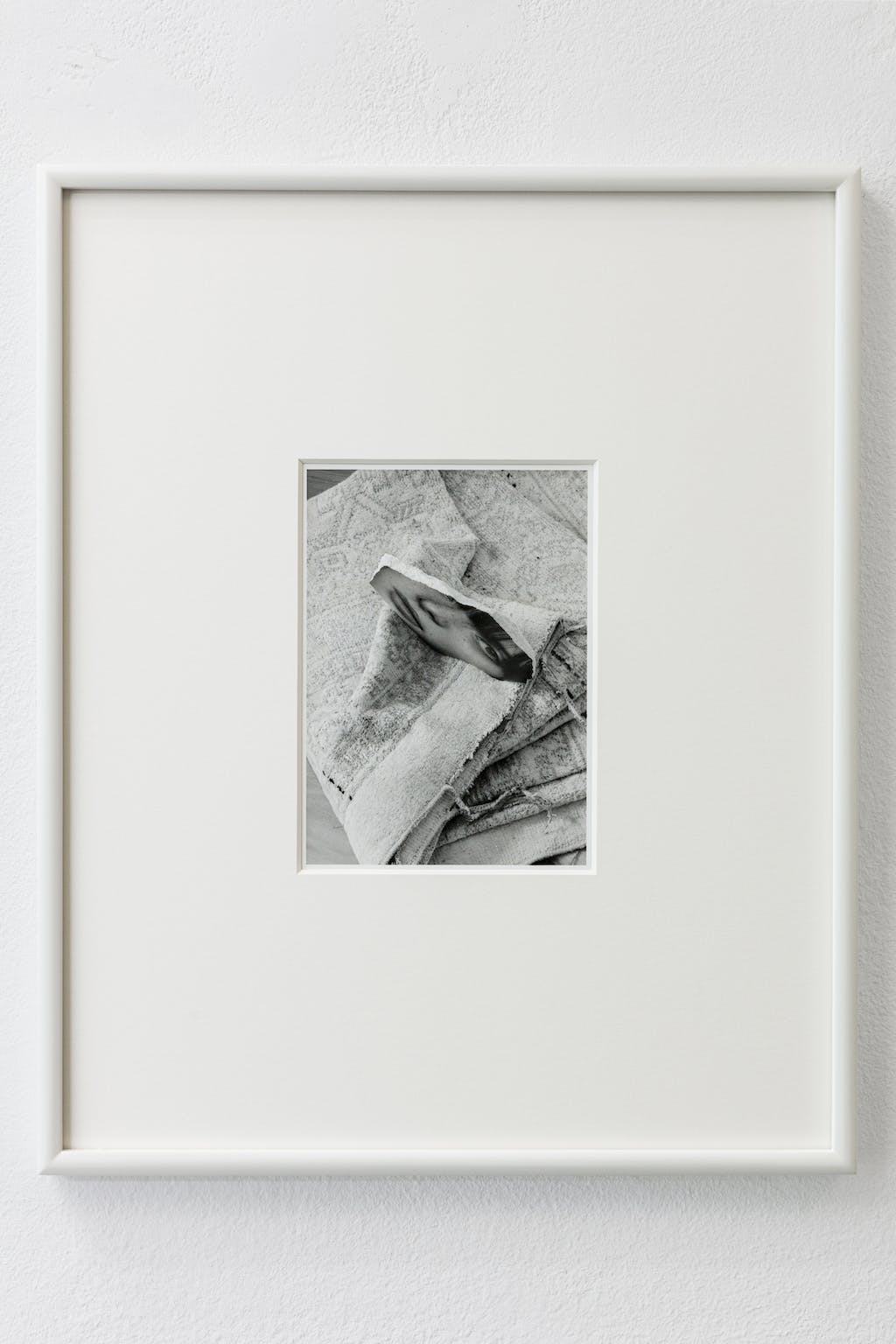 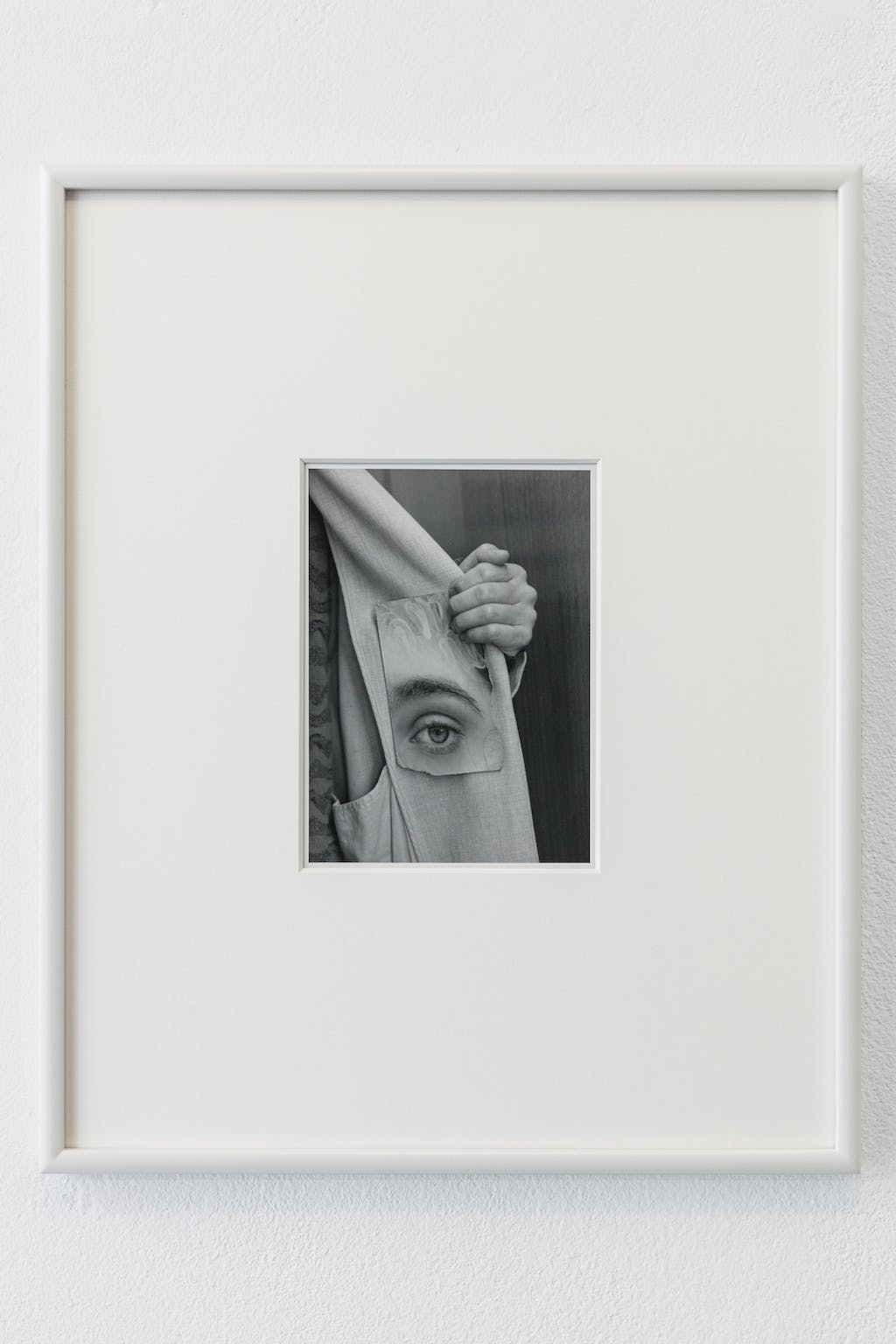 Using images from magazine clippings as her model, Kazuna Taguchi paints an anonymous, imaginary woman with astonishing realism. She then photographs the resultant oil painting, and after a patient operation in the darkroom, produces a photographic print which will be shown as the final work. Standing in front of her skillfully finished photographic print, a viewer will feel the strange yet irresistible sense of reality in the woman’s image. This work derives from an essential consideration of image and matter. Image is not matter, but instead remains invisible unless it is tied to a physical support. Taguchi, however, lets this connection dislocate in multiple ways. She, in effect, distills the immaterial nature of the image. The process involved in her work is more complicated than various photo-based paintings which are common to us, and her decision to present her work in the form of a photographic print suggests that her concern lies in an idiosyncratic attempt to purify and substantiate the image simultaneously.
Excerpt from a text by Kyoji Maeda

We present a selection of works from the series Eurydice, which were shown in the exhibition The Autumn Sale of Dreams and Haus der Matsubara, 2019, at Significant Other in Vienna.

Kazuna Taguchi (*Tokyo, 1979) lives and works in Vienna, AT. She studied at Tokyo University of the Arts where she graduated with an MFA and was conferred with a Doctorate in Painting Major (Ph.D.) 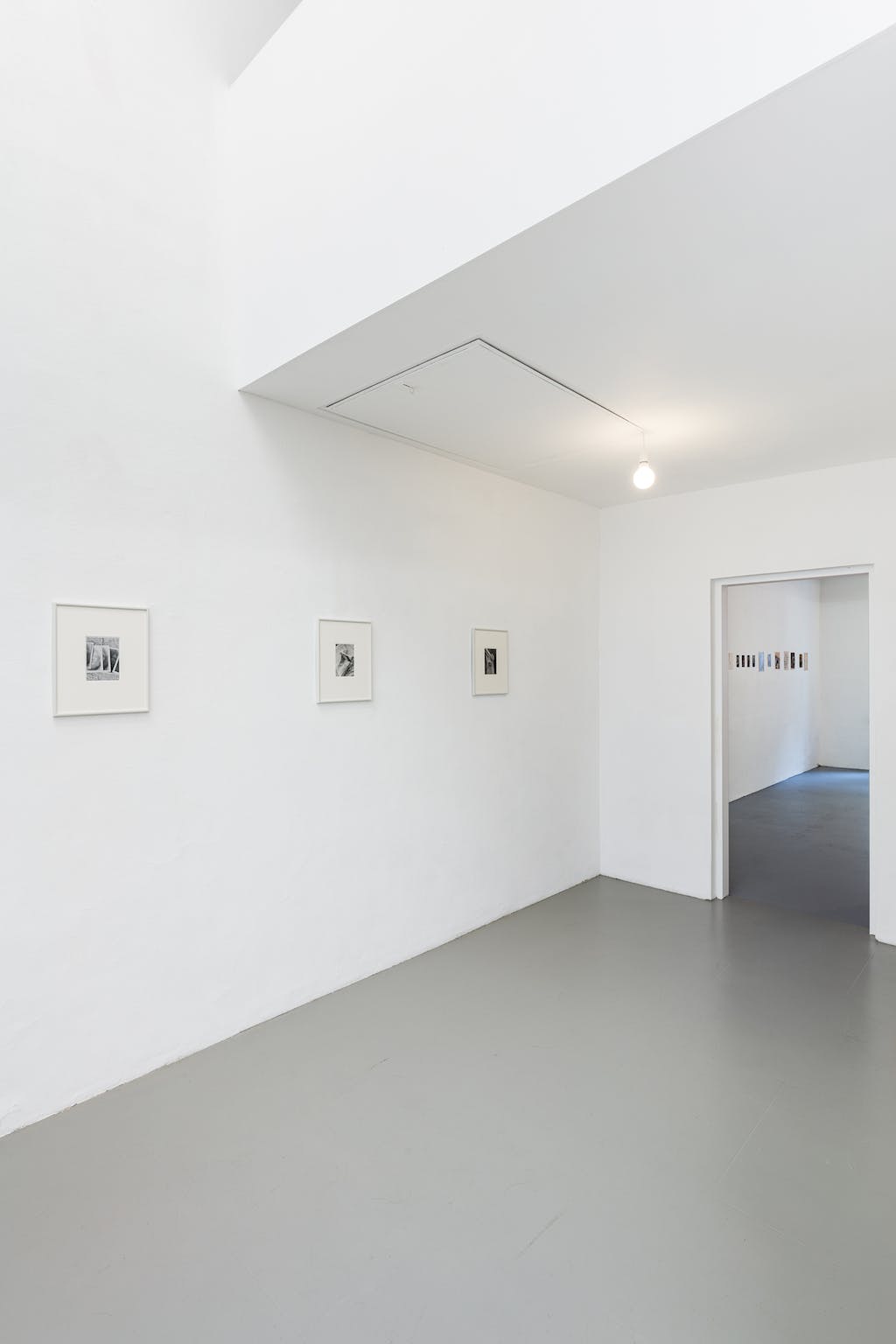 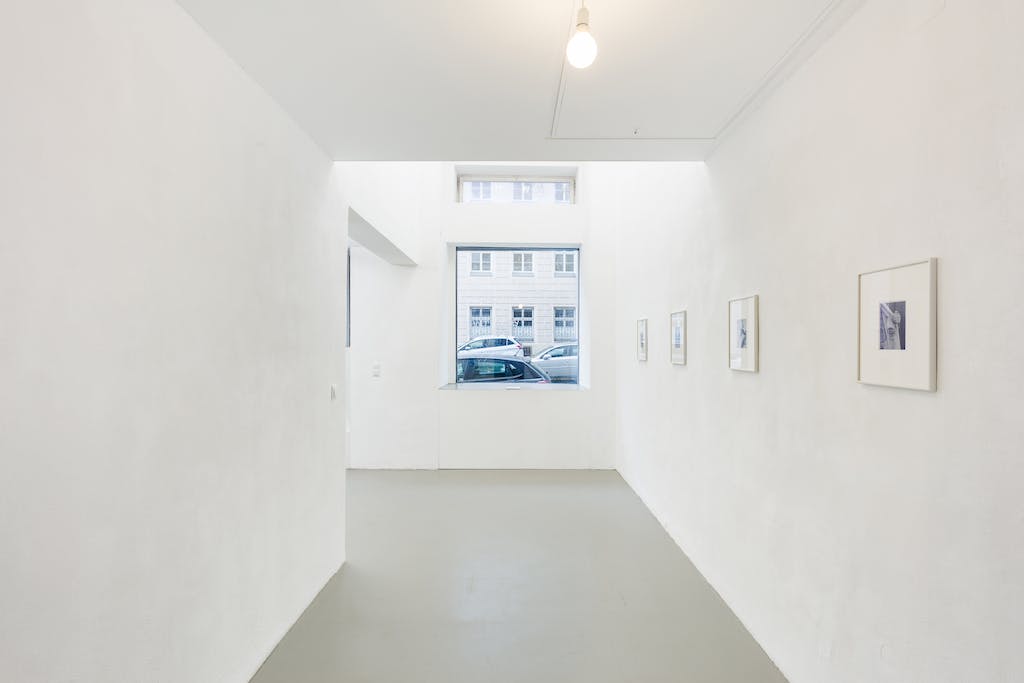 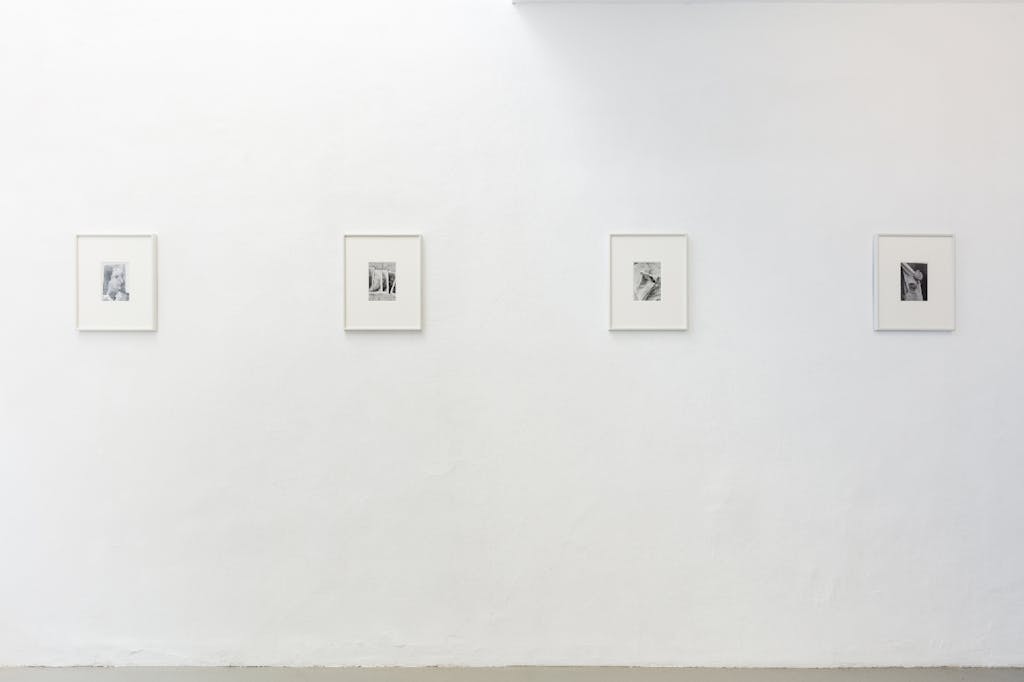 Kazuna Taguchi works her way from image clippings and constructs the female figure at her own discretion. The result is then painted or drawn, which in turn is photographed and carefully manipulated in the darkroom it finds its final expression in a photographic print. The merger of sourced reproductions, drawn textures and photographed surfaces simulates a realism that stands in direct opposition to the history of portraiture, since this persona never did nor ever will exist. Taguchi’s approach is subtle and considerate: by not existing, the portrayed women reveal themselves as masks of those who might exist, entrancing us in their ghostly existence of womanhood.