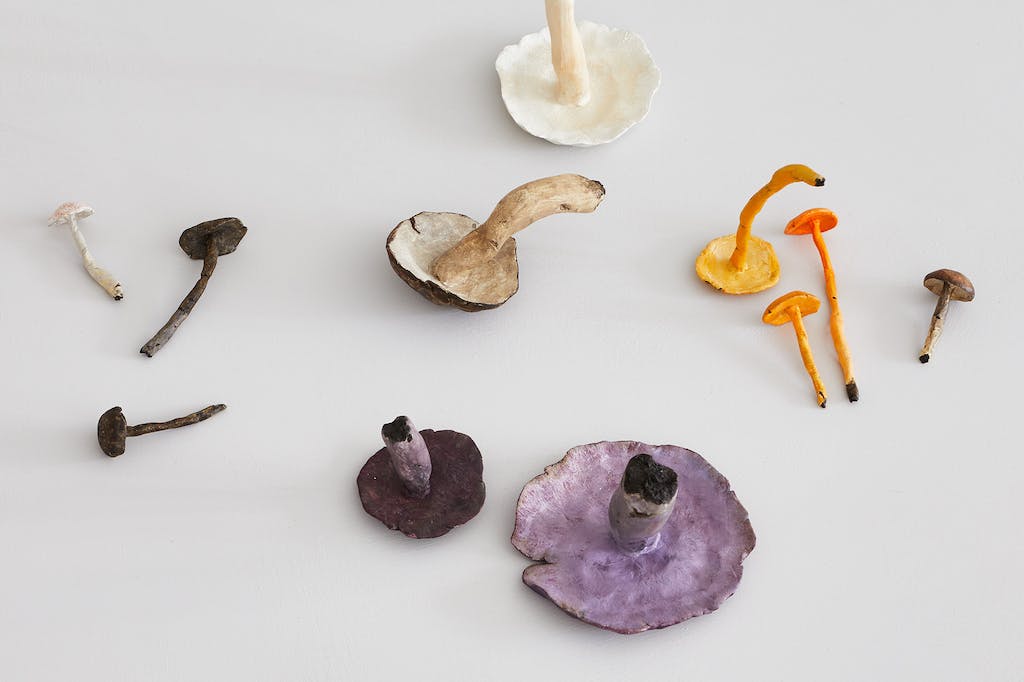 For its first three years of existence, Sans titre (2016) has been a nomadic gallery. Even as it remained nominally based in Paris, its projects traveled freely around the world (Marseille, Arles, Mexico, Los Angeles, etc.), always seeking atypical, non-‘white-cube’ spaces such as a hotel room, a lived-in or abandoned apartment, an industrial space, a shipyard, or a restaurant.
Now, Sans titre (2016) has opened a permanent address at 33 rue du Faubourg Saint-Martin in Paris’ 10th arrondissement, in another atypical space: a former caretaker’s cottage in a courtyard, facing the rear entrance of the Theatre Antoine. 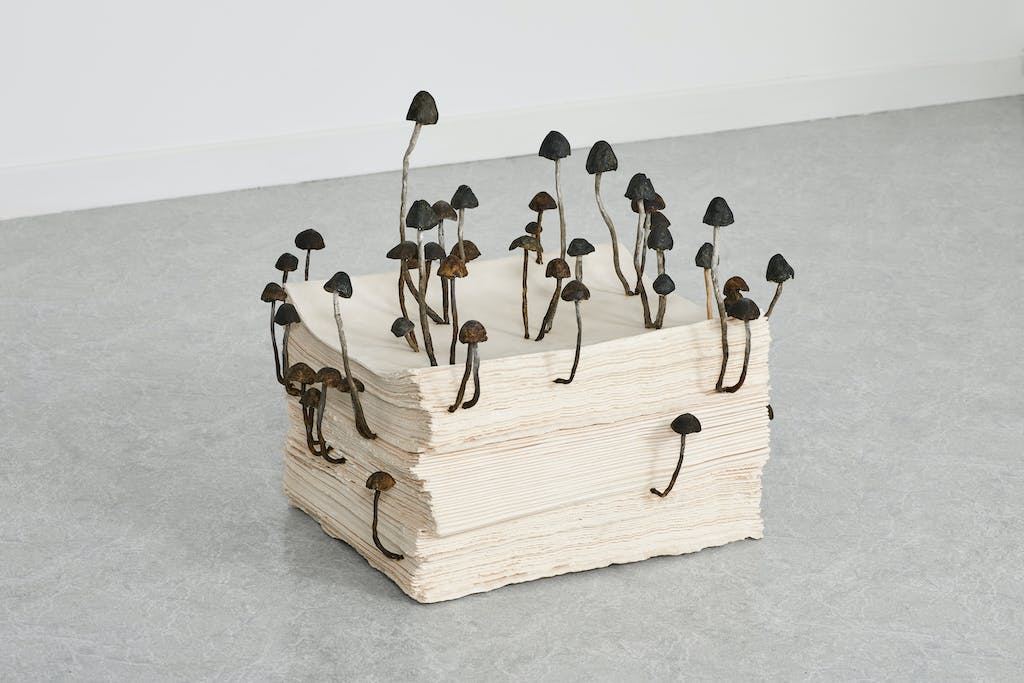 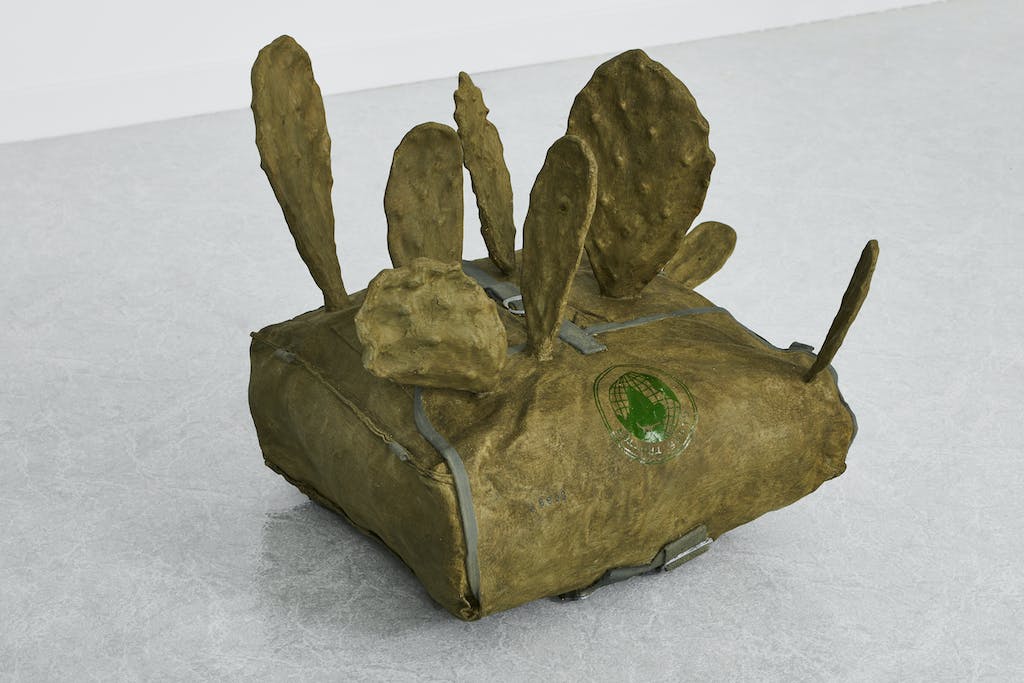 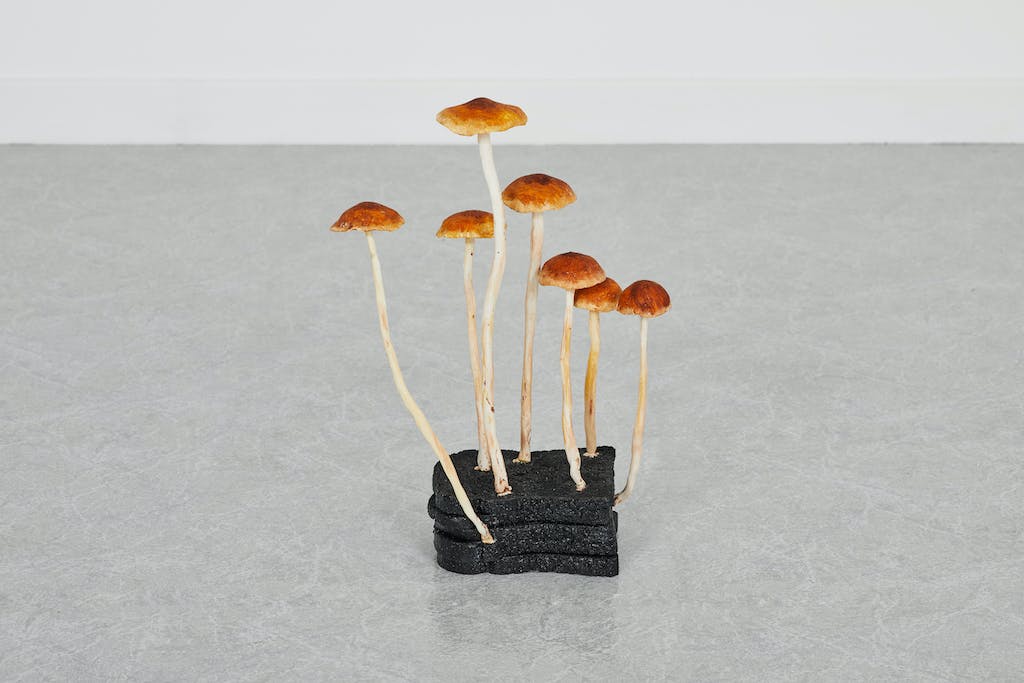 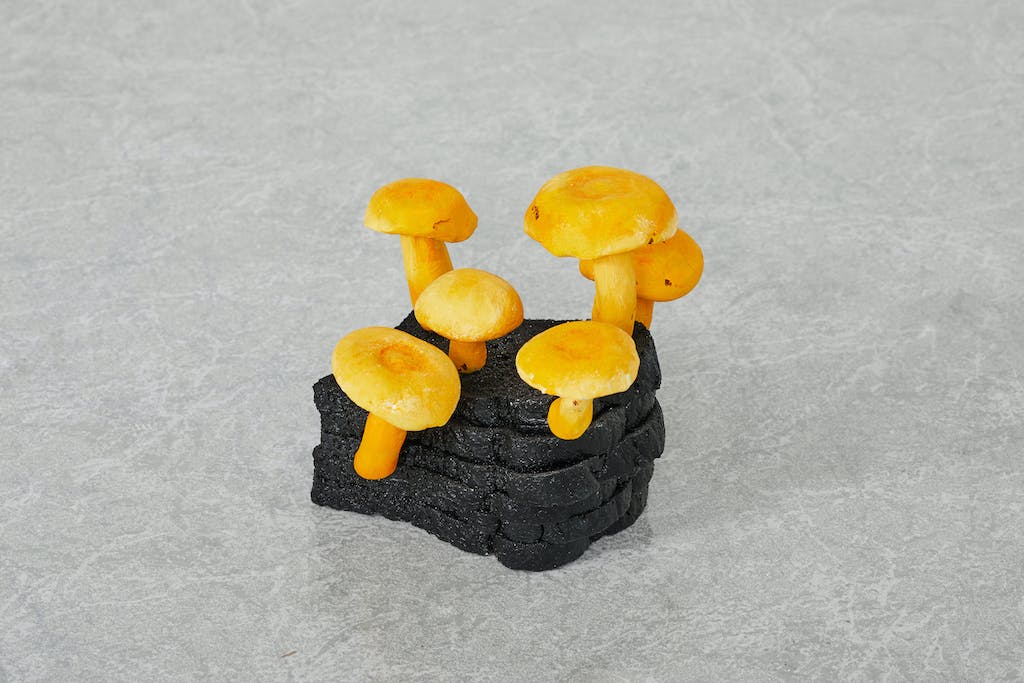 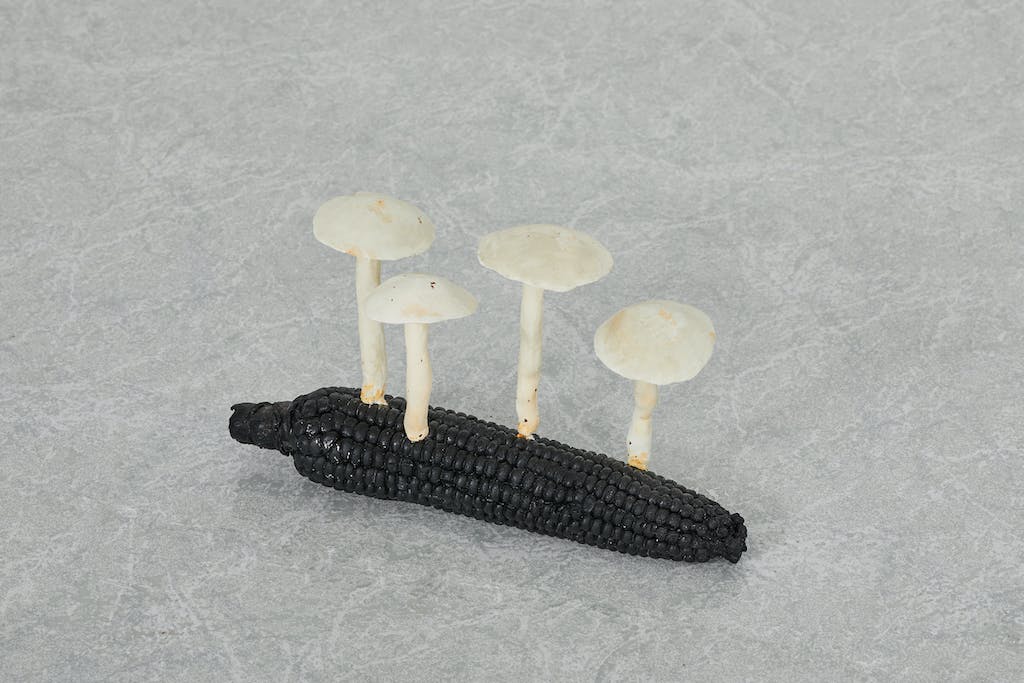 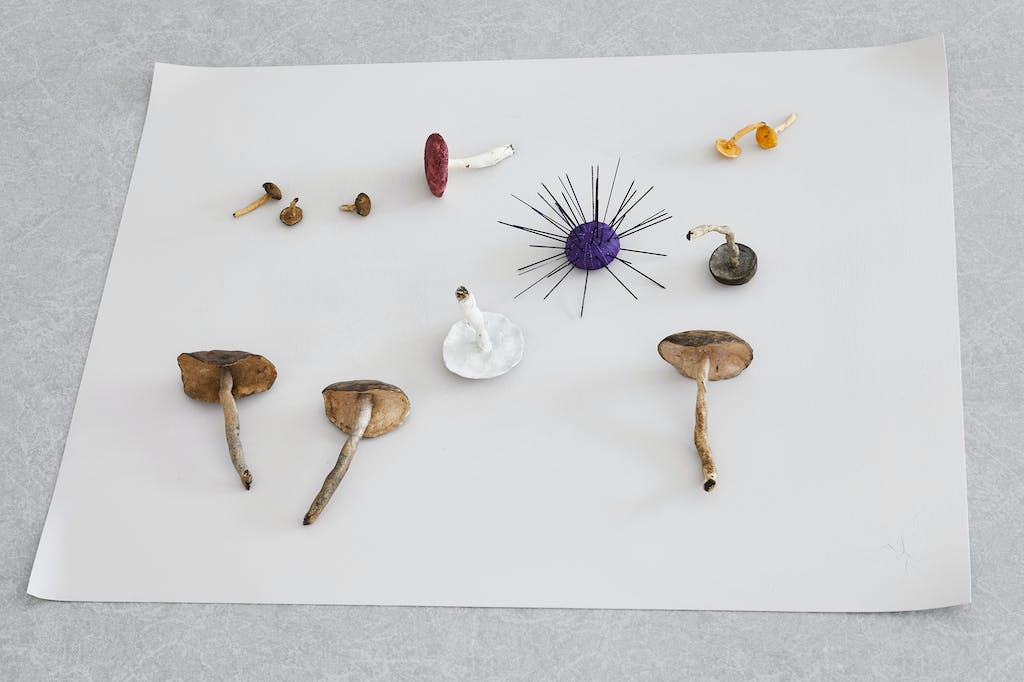 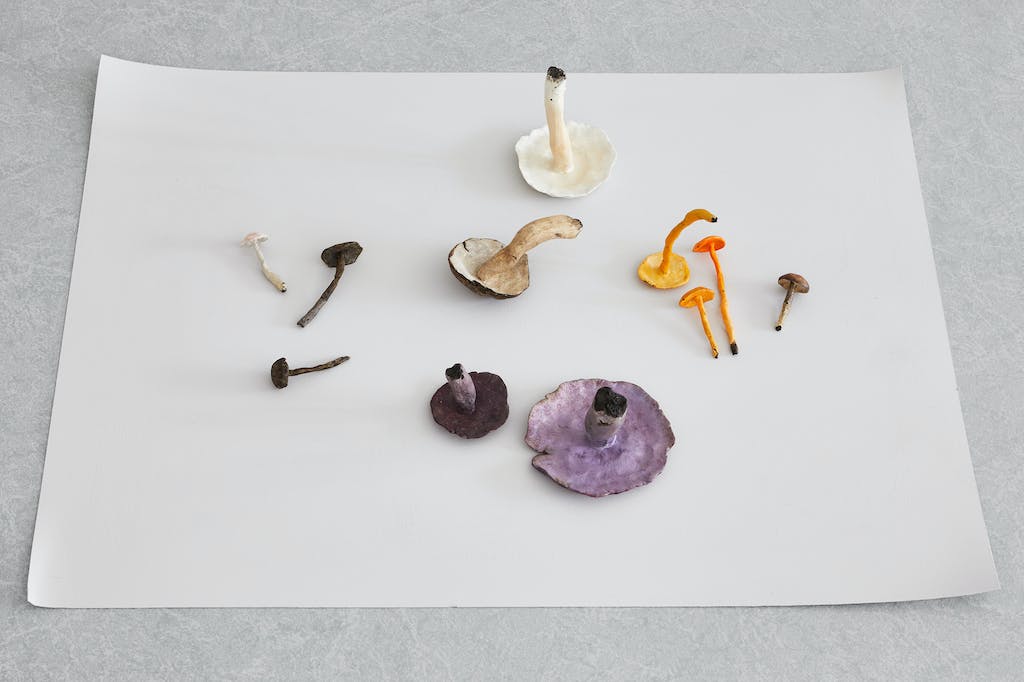 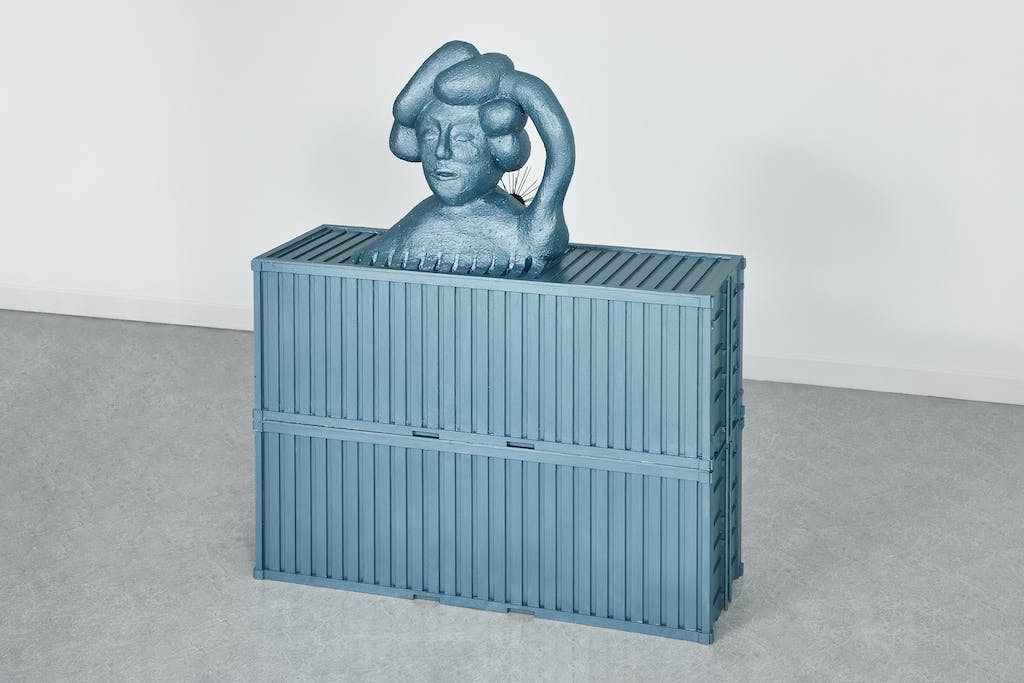 Hamish Pearch
No water is separate from any other water, 2020 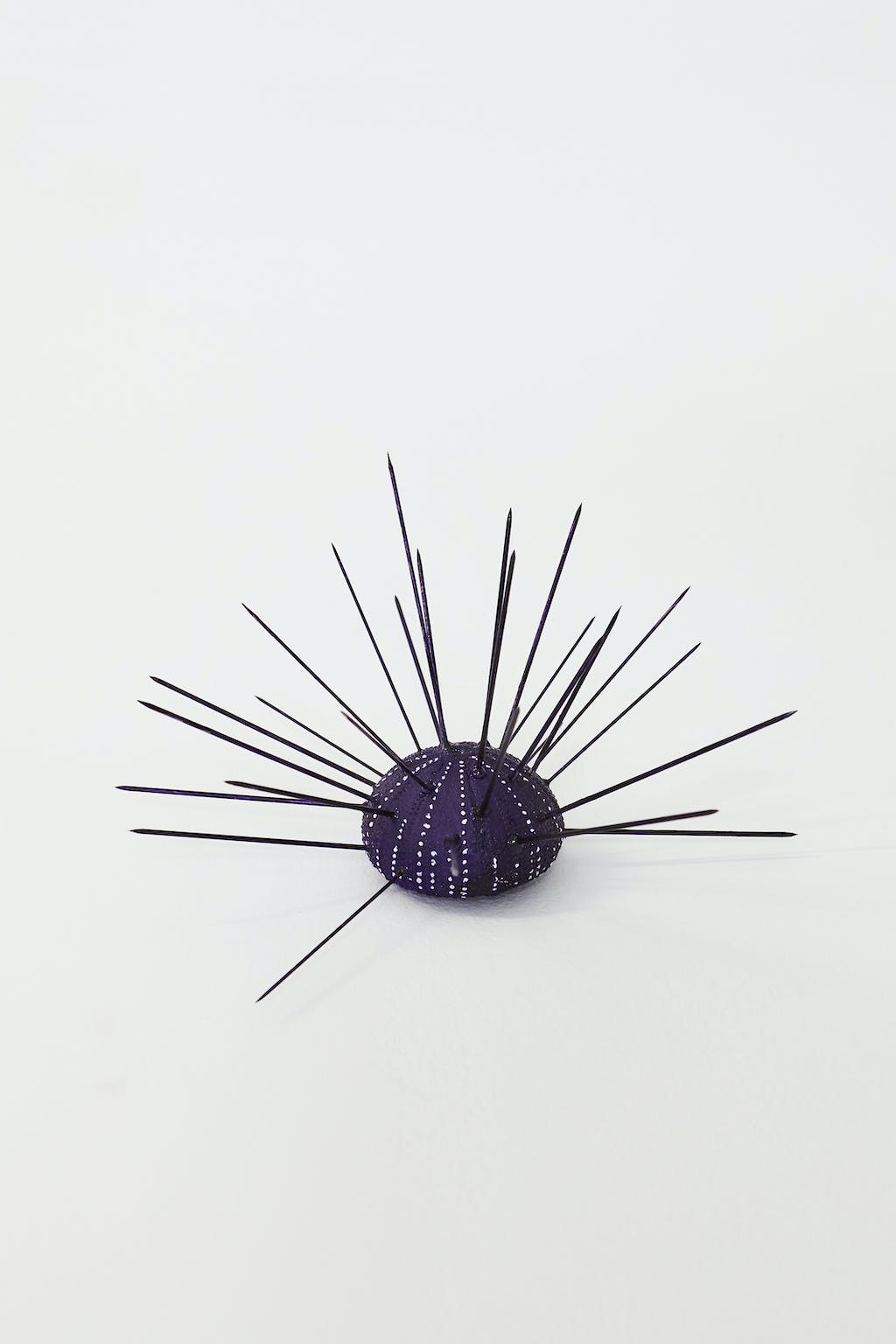 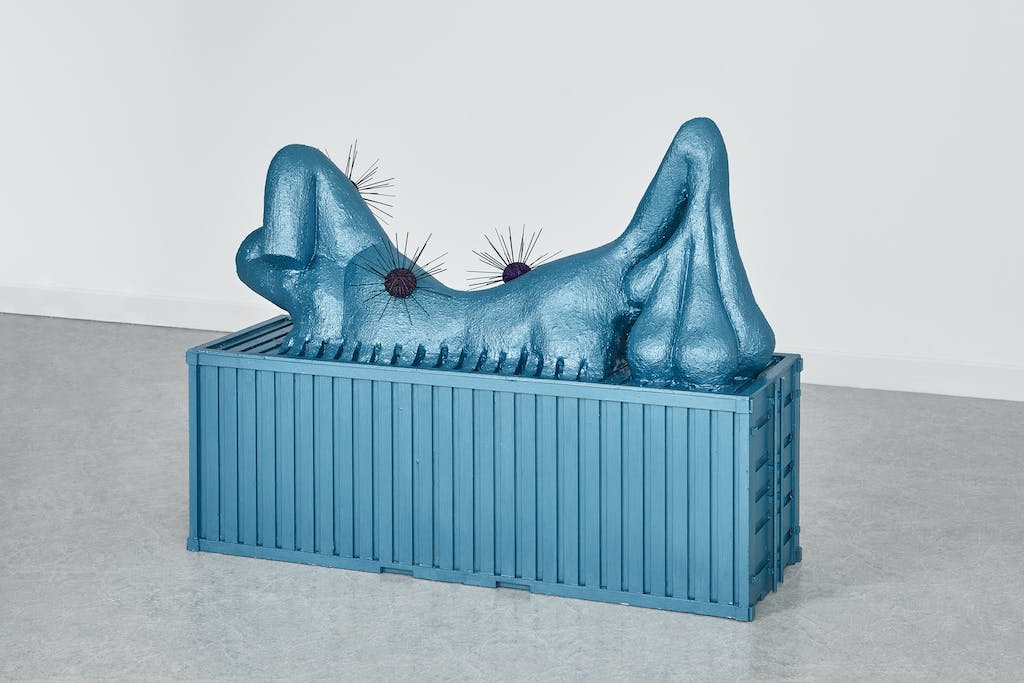 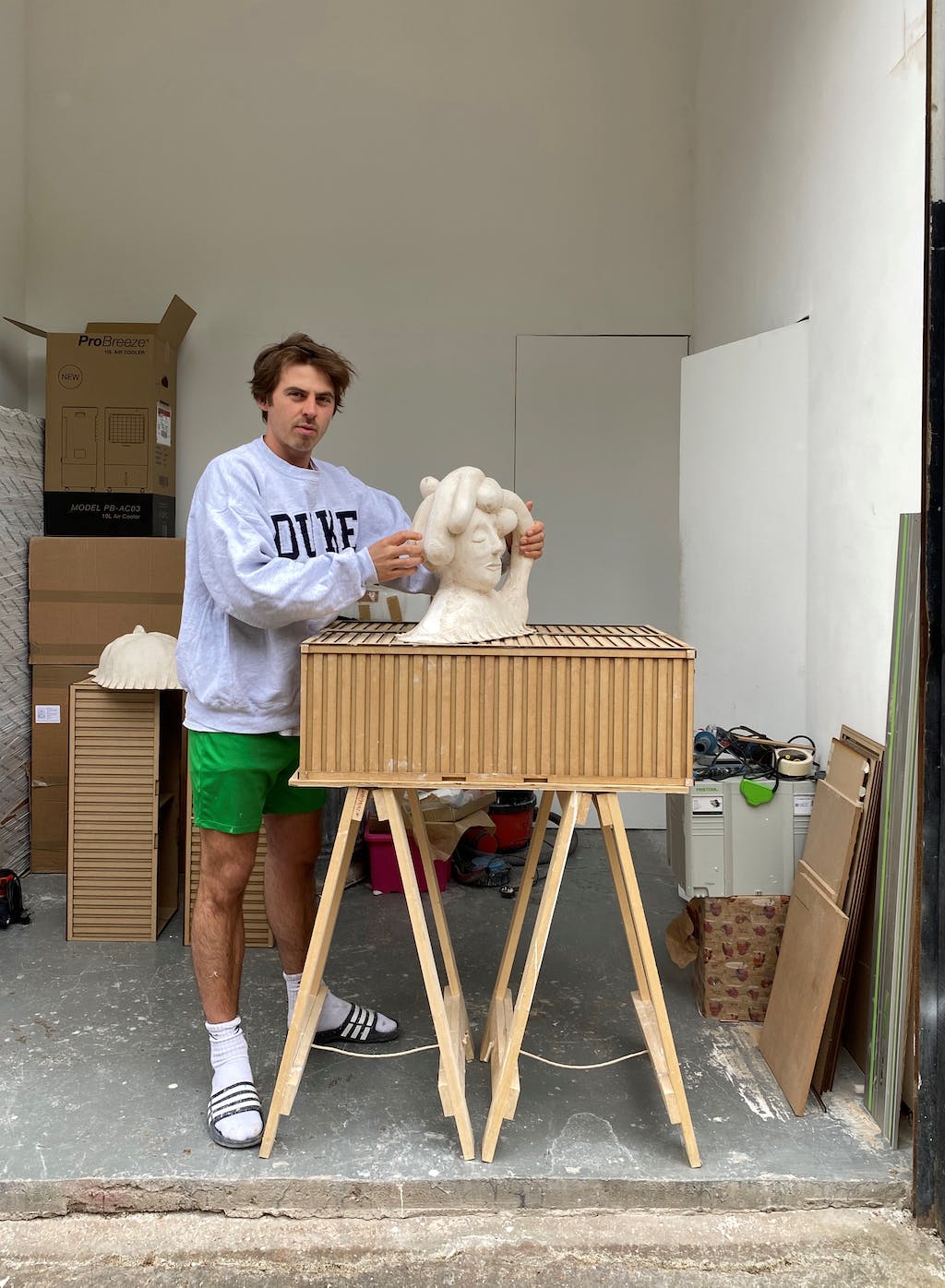 Hamish Pearch reflects on the complex structures humanity occupies, exploring the materials, objects and spaces that make up our worlds. Through sculpture, installation, drawing and sound, his practice gives form to human experiences and systems that are mundane and magical in equal measure.

Pearch’s sculptures mix, merge and remake forms to create objects of instability. Found objects, natural forms and commonplace materials are used alongside cast and modeled sculptures made from cast polymer and resin. Objects seem frozen on the brink of metamorphosis. A rucksack sprouts cacti-arms; singing faces protrude from the side of shipping containers. A white, ceramic bathtub holds two figures, bathing. Made from a volcanic, gritty-grey substance, the couple are conjoined in a tangled, contorted form: a meeting of minds galvanized in rock. These volatile objects present material and metaphorical meeting points, where everyday objects slip between states of reality and the unconscious.

In playing with scale, Pearch interrogates the border between real and imagined states. Architectural structures – storage units, cooling towers, mid-century modern homes – appear attached to other forms or barnacled by natural objects. Large mushrooms, sprouting from countryside barns, gesture at our fragile agricultural systems and the degradation of an English pastoral. Pearch articulates the wobbliness of history and natural order through the volatility of sculptural scale.

If Pearch’s works are often between two states, his installations are liminal spaces in which these objects find their home. Storage units – works laid out on tables and in shelving racks – reveal the artist’s fascination with collecting, junk and detritus. Reflecting on how time, geographies and histories are accumulated with human progress, Pearch’s installations reveal what is forgotten – left to gather dust, rot and decay. The installations are eerie, too. The absence of human actors is made tangible, and the assembled scenes feel abandoned. If the systems in which humans reside – be they ecological, economic or political – are the subject of Pearch’s work, they are approached personally. As we occupy the storage space of the artist’s psyche, the mythical and the banal meet in an unconscious reckoning with our place in the world.
by William Rees

Hamish Pearch (b. 1993, London, UK) earned his BFA from Camberwell College of Arts (UAL) in 2015 and received a Postgraduate Diploma from the Royal Academy Schools, London, 2019. Selected solo exhibitions include: Head Above Water, Belsunce Projects/Manifesta 13, Marseille (2020); Nights, Soft Opening, London (2019) and On a day like this, Sans titre (2016), Paris (2018). Curated and selected group exhibitions include: Mushrooms, Somerset House, London (2020); Schools Show, Royal Academy of Art, London (2019); Ana Prata and Hamish Pearch curated by Kiki Mazzucchelli at Kupfer, London (2018), Go, Soft Opening, London (2018), New Relics, Thames-side Studios, London, (2018), Premiums, Royal Academy of Arts, London, (2018), Addams Outtakes, Roaming Projects, London, (2017), Does Your Chewing Gum Lose Its Flavour (co-curated and exhibited in with William Rees) at J Hammond Projects, London (2017), Le Laboratoire, Sans titre (2016), Marseille, (2017), Bloomberg New Contemporaries at Primary, Nottingham and ICA, London (2015). Hamish Pearch and his exhition at Belsunce Projects were granted by the Fluxus Art Projects in 2020 and in 2016 he was a finalist at the Caitlin Art Prize. He is currently undergoing a residency at Launch Pad LaB, France and his work will be shown at CAN - Centre d’Art de Neuchâtel in November 2020.

Exhibition views of past shows 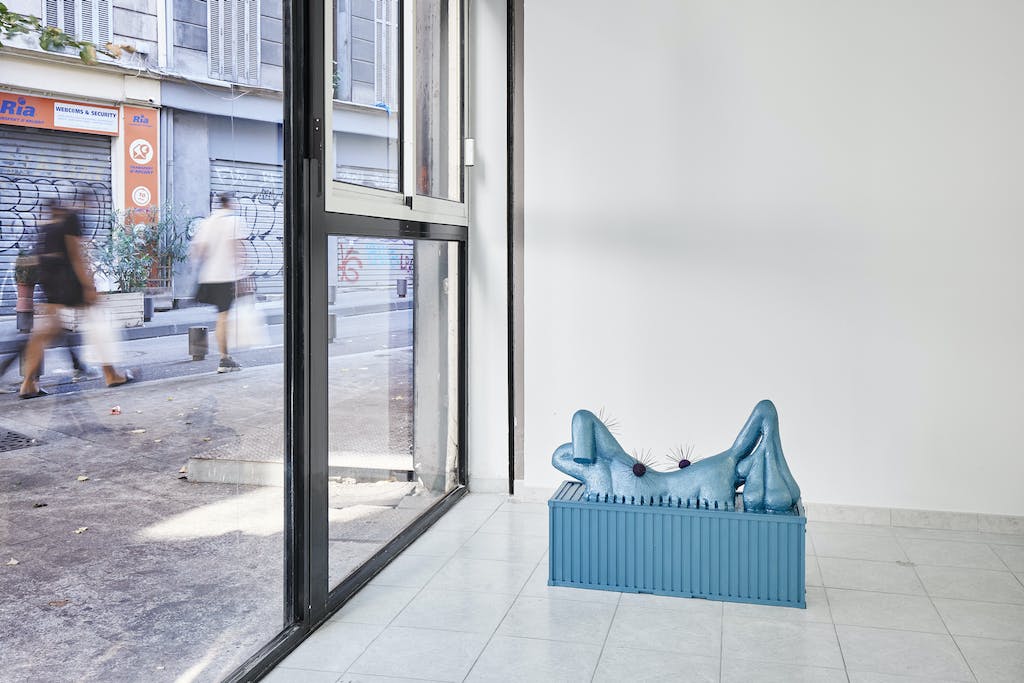 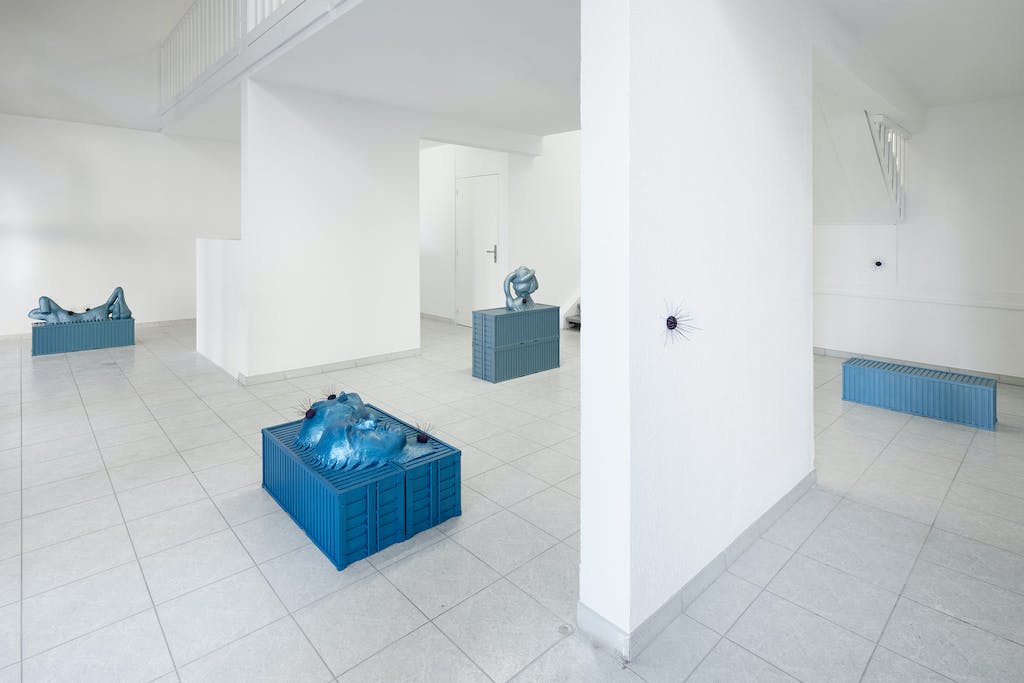 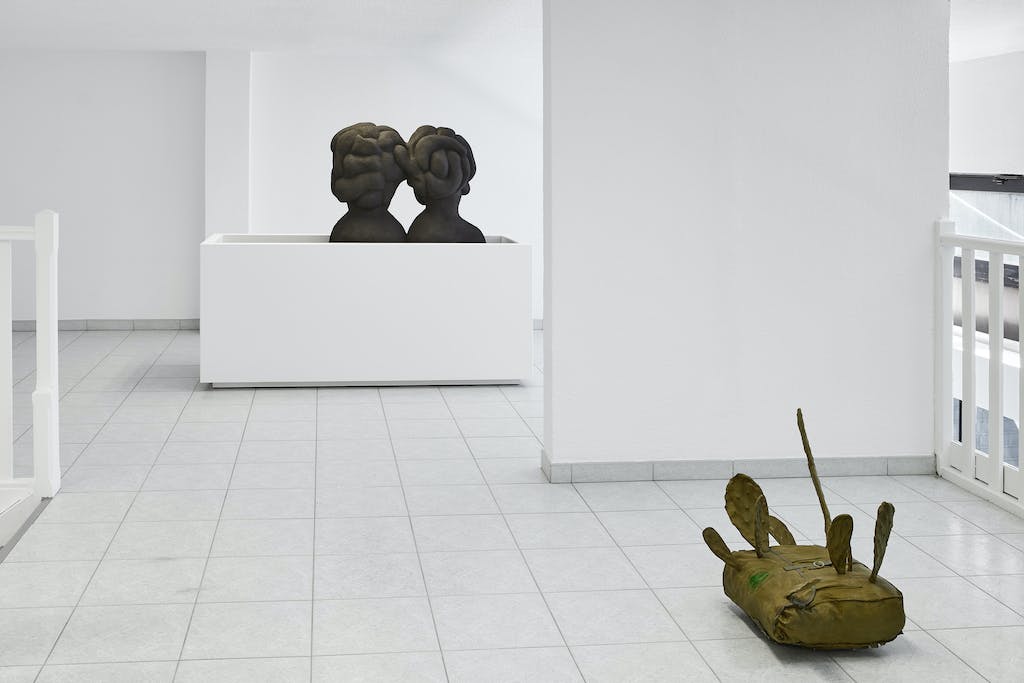 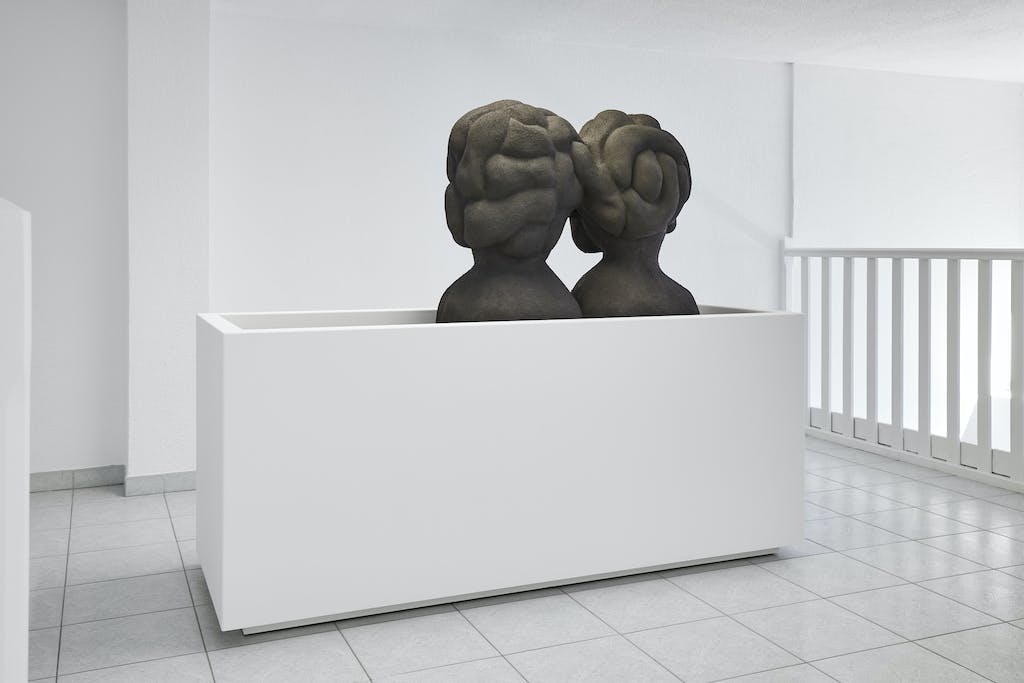 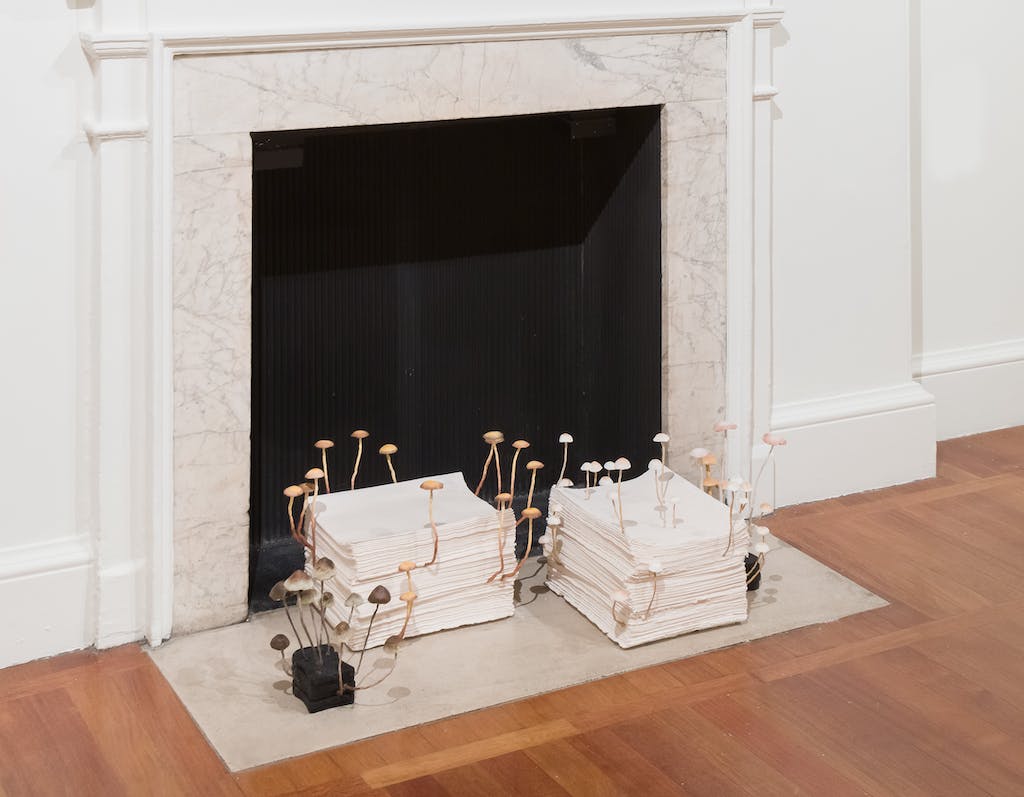 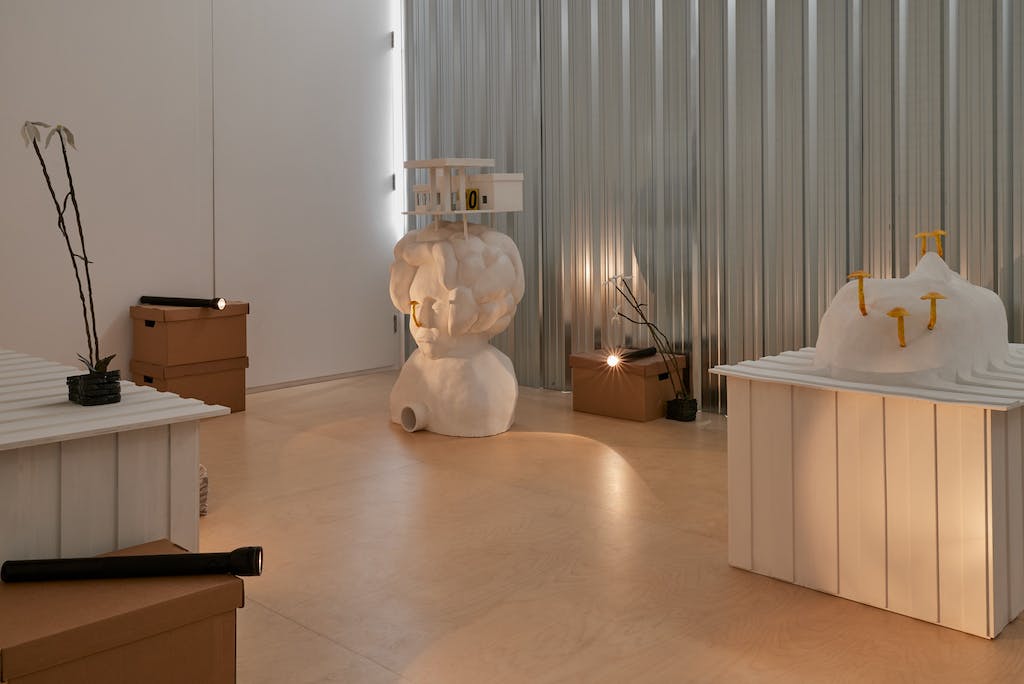 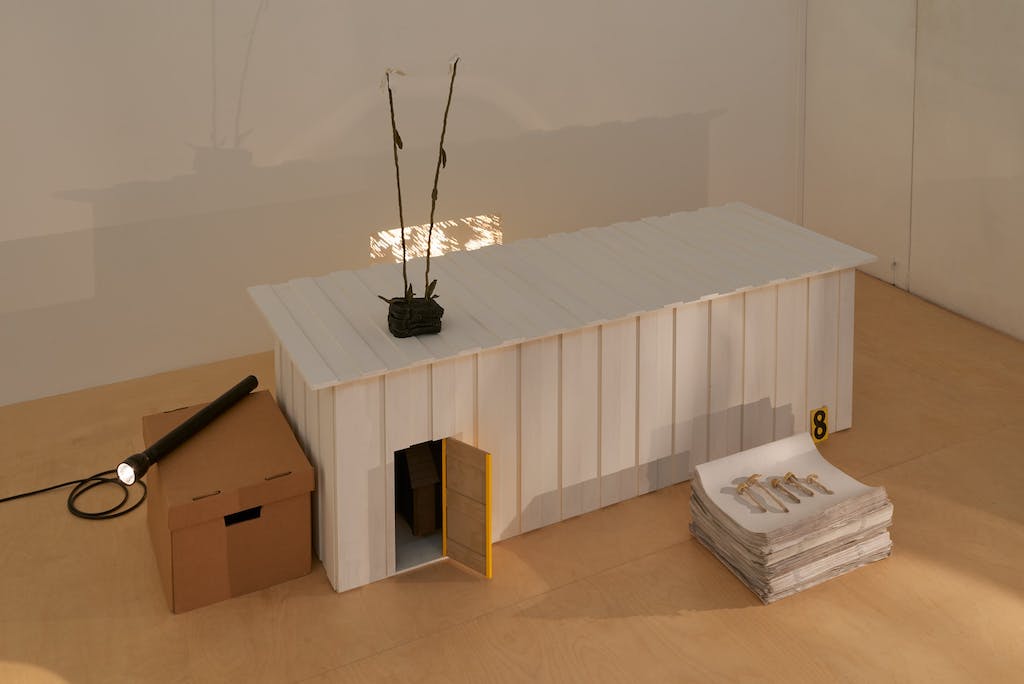 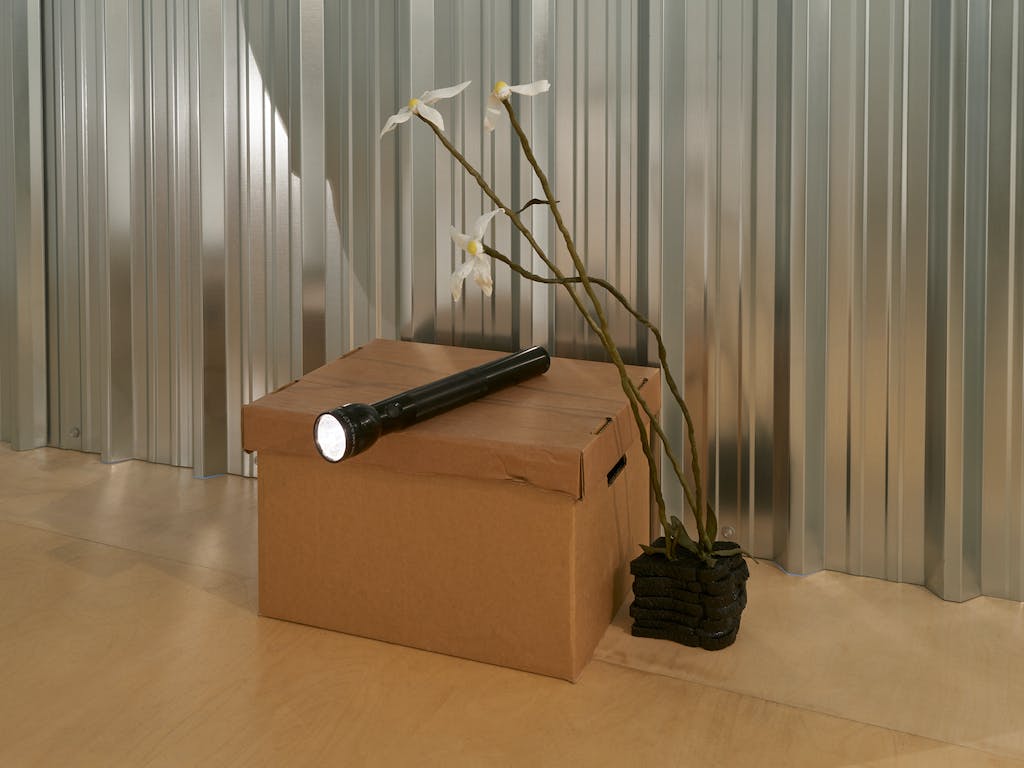 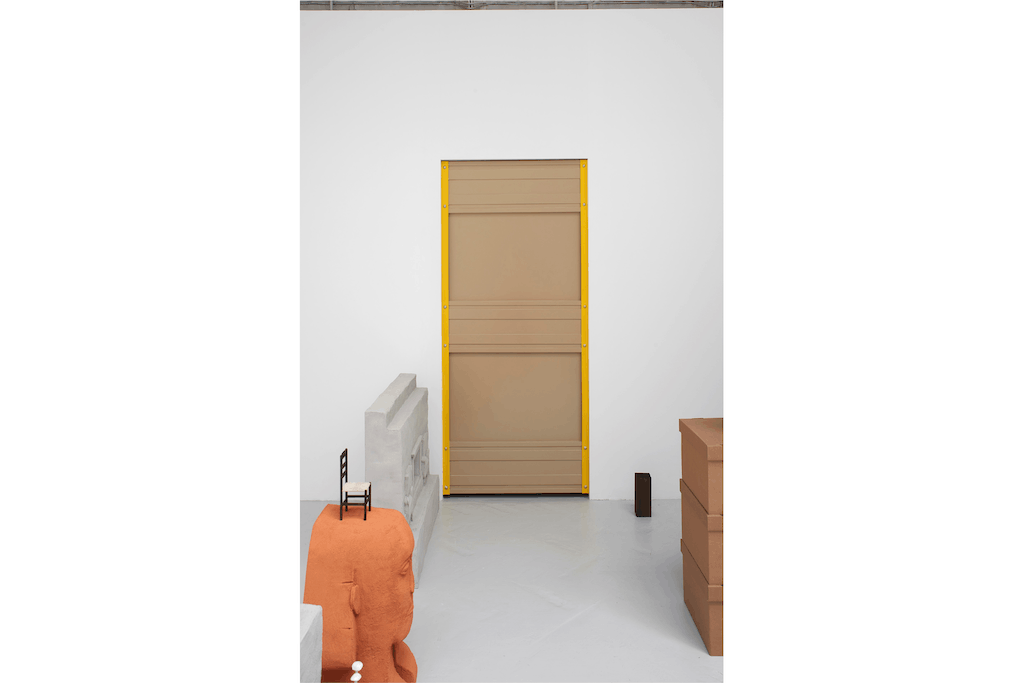 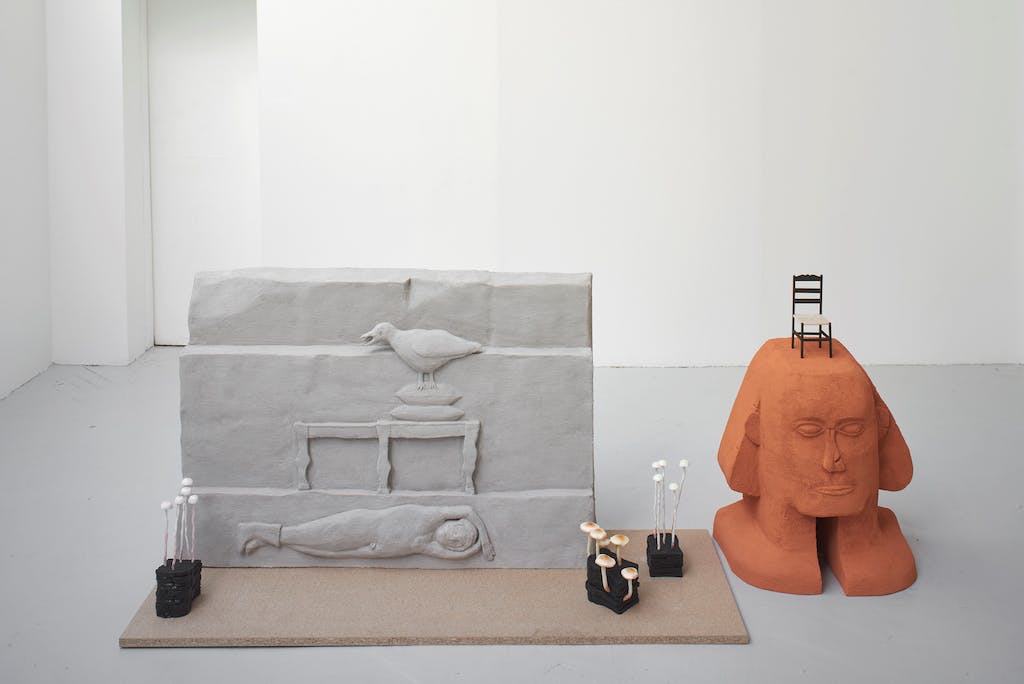 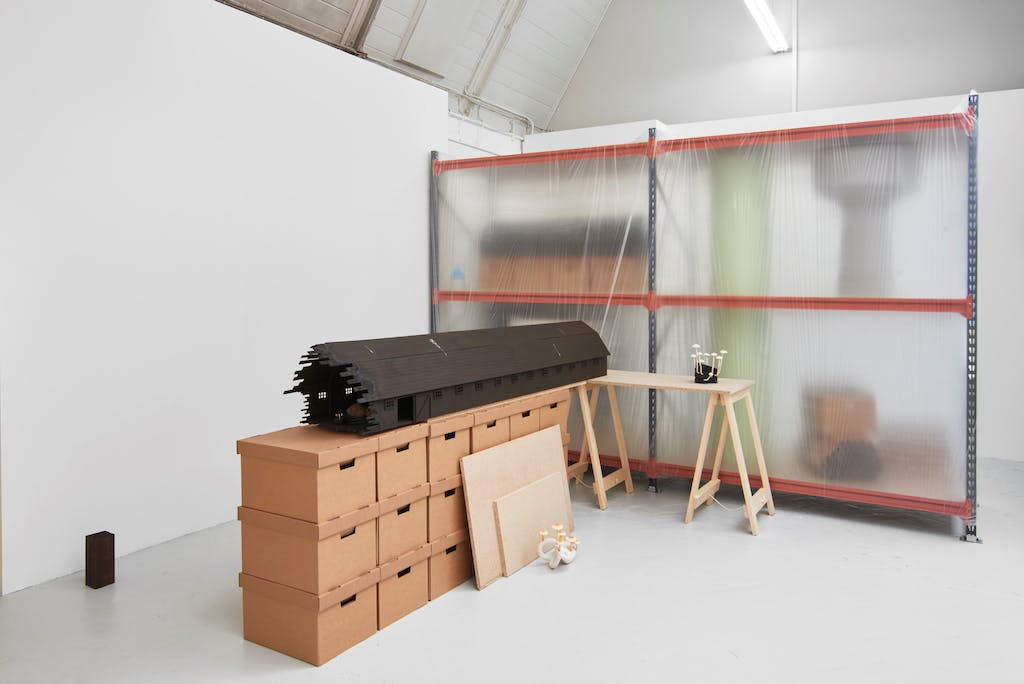 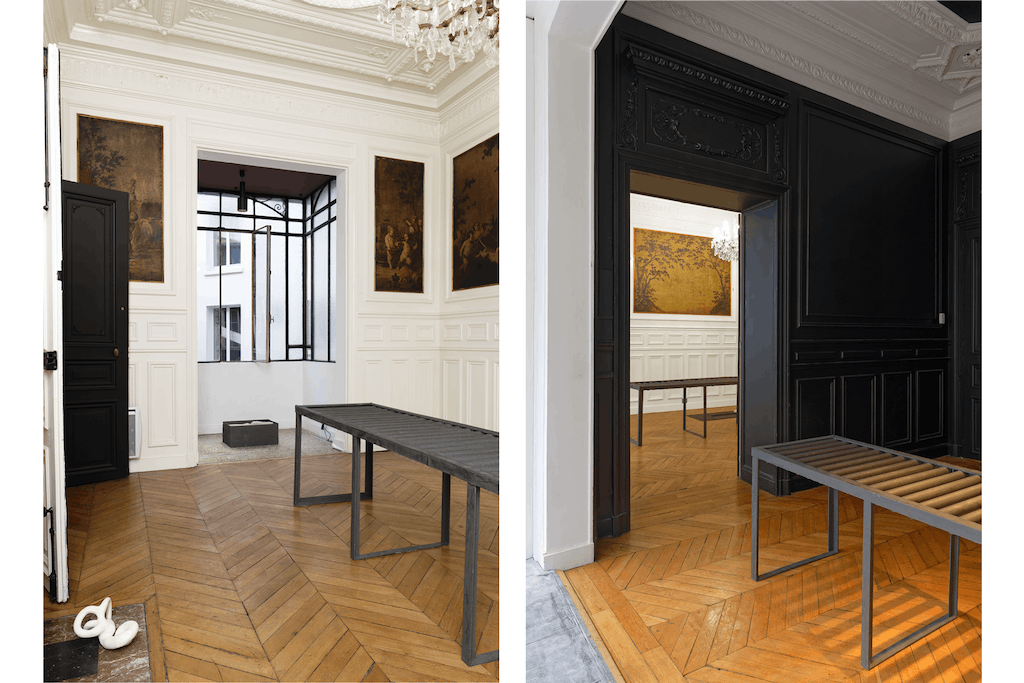