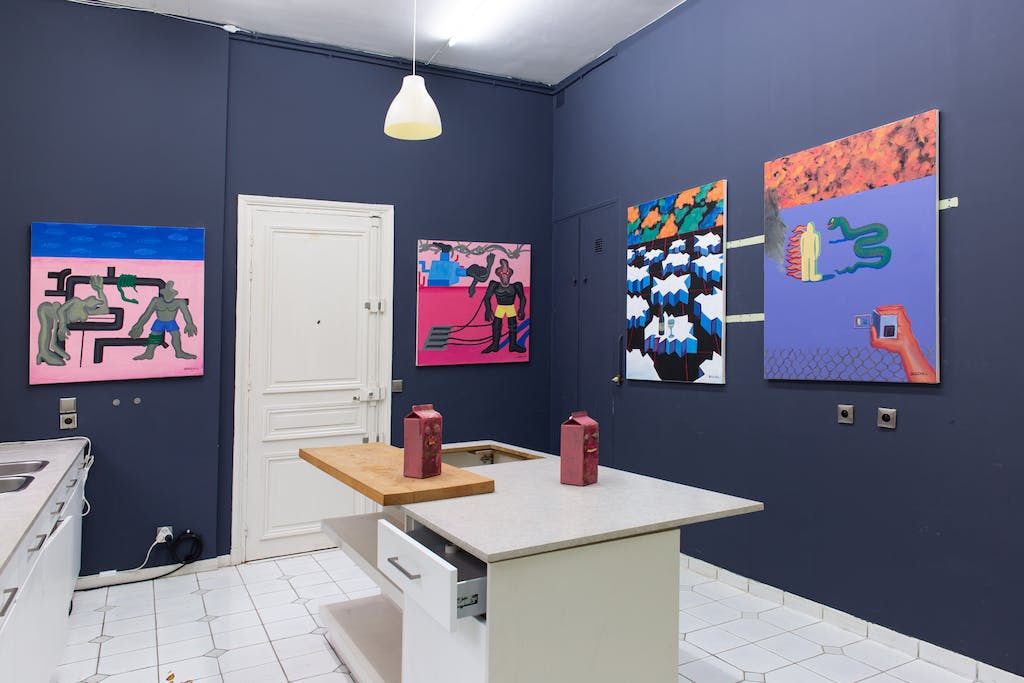 rhizome is a newly established contemporary art gallery based in Algiers. Operating as both a commercial gallery and an independent art organization, rhizome works on promoting emerging contemporary artists, with a focus on art from Algeria and its diaspora.

Through collaborating with artists, we work closely in accordance with individual approaches and practices, in order to support the realization of extraordinary projects.

rhizome currently represents Adel Bentounsi and Bardi, while developing our artist roster to include emerging talents and established artists. This will form a diverse community to exchange various perspectives, closing a generational gap and fostering mutual learning.

Lounis Baouche, is an Algerian visual artist, born in 1994.

Lounis is interested in the social relations that individuals have with each other, more particularly, the relations of authority, oppression and resistance.
He plays with the strings of dystopia and practices the affirmation of a world that seems familiar to him. He is interested in the elements that shape the collective imagination and in the way in which archetypes that define human relationships are constructed, by inserting naive characters, bodies in pieces, and geometric shapes on plaster backgrounds that end up constituting fragments of narratives.
Lounis believes that not only there must be a form, but also colors and archaic models often found in the remains of ancestral civilizations, in the form of cave paintings, sculptures, ceramics etc.
The latter evoking for him both the ephemeral and the constancy. In other words, at the time of making his sculptures, he performs his act in a conscious manner that his work will sooner or later be doomed to break down, or to become the vestige of posterity.. 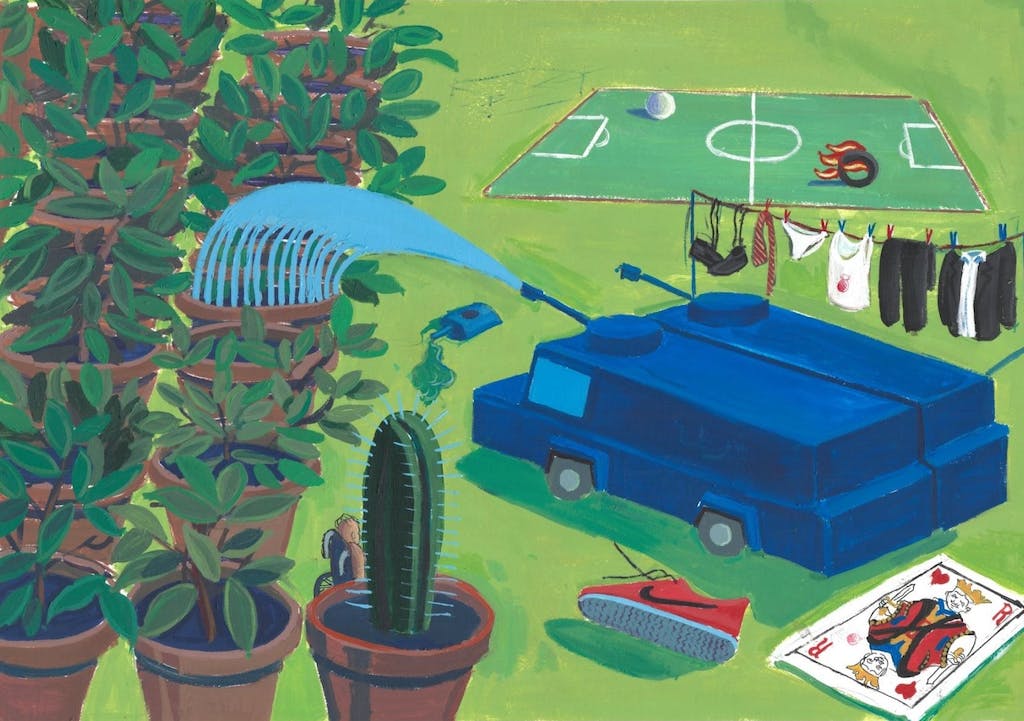 On the series « Anthropocene. Idiocene? »

Anthropocene or “the era of the human”, they say.

The conception that the human is the most significant and central entity in the Universe, by apprehending reality through his only eye, while the world in which we currently live, chaotic, in critical equilibrium and having passed a point of no return, quickly leads to harpoon this doctrine by its dark side.

What about the contemporary Man? This being, supposed to be the most significant and whose actions are decisive on the future of the earth and its kind!

These are the thoughts and questions that Lounis Baouche raises in this series.
By formally avoiding illustration and figuration, Lounis positions his works in the metaphor and draws elements from his direct environment or current events that he qualifies as significant, to represent his archetype of the contemporary man.

He evokes, among other things, anthropophagy in reference to certain absurd happenings that have taken on an inordinate media scope and which, according to him, reveal the nature of humans in a situation of crisis. He says that “Humans are good in times of lull, but quickly show their bestial, primitive and acephalous side in times of crisis.” One of the most extraordinary examples of modern cannibalism for Lounis, remains that of the toilet paper shortage at the start of the global COVID-19 pandemic.

He juxtaposes Caravaggio’s Narcissus, to his 21st century narcissus, reduced to contemplating himself in his own urine, thus becoming almost identical to the characters in Mike Judge’s film “Idiocracy”.
In short, Baouche invites us in this series, to question what remains of human in us, beings torn between egocentrism and the claim of superior race, and the devastation that our stupidity engenders, presaging the shortest era in the history of the earth.

In the end, wouldn’t the Anthropocene era have made more sense to be called the era of the Idiocene?