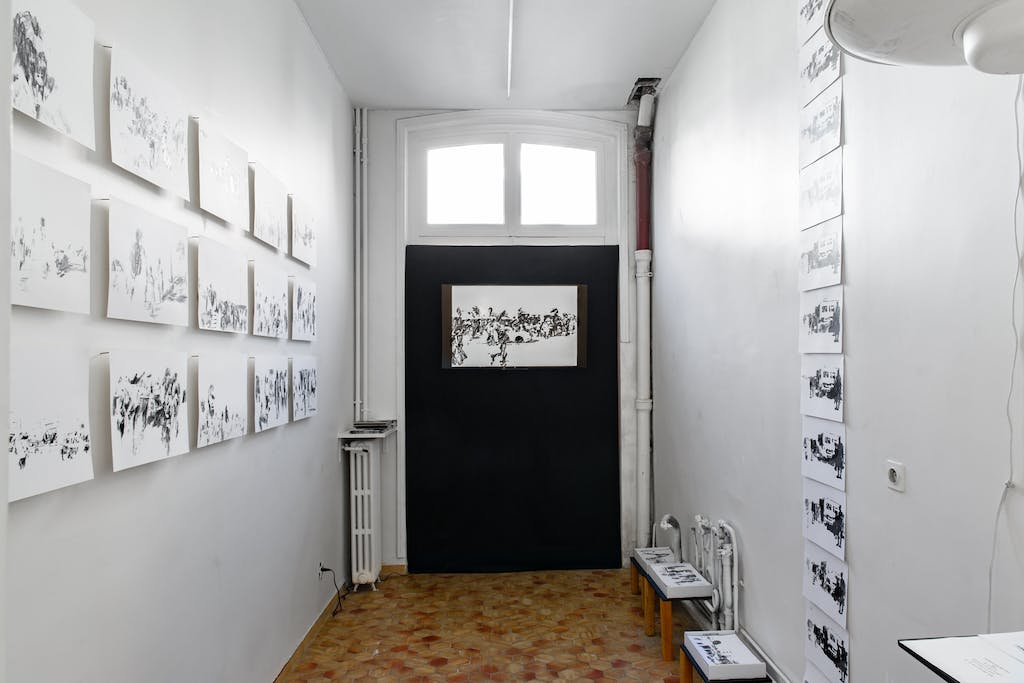 Situated in Dakar city center, Selebe Yoon is a residency and gallery that supports local and international artists and thinkers. In Wolof, “selebe yoon” means the crossroad, the place where different paths intersect. As a site of convergence for interdisciplinary research and practices, Selebe Yoon is supportive of artists’ creative process, artistic experimentations and encourages the development of collaborations amongst cultural actors. Built in 1953, this modern building is an iconic example of Dakar’s architectural history. With 1,000 metres squares, Selebe Yoon has several exhibitions rooms, artists studios and a library.

Open from Tuesday through Saturday, 11 AM to 7 PM. 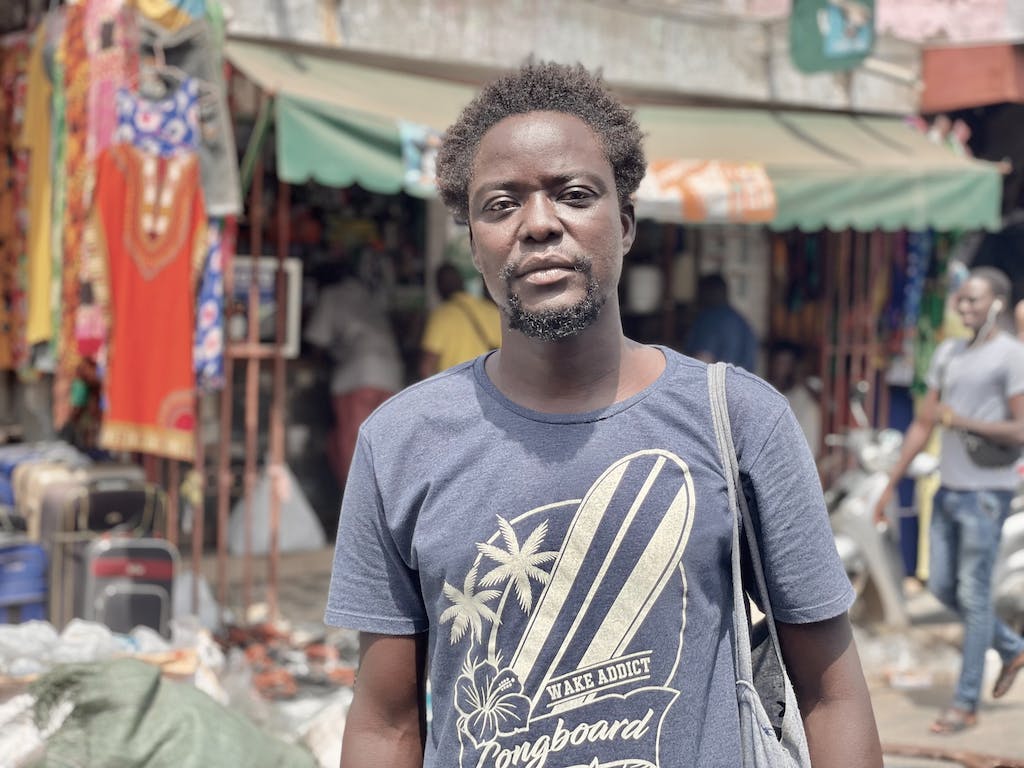 Mbaye Diop (b.1981, Richard Toll, Senegal)
a Beaux-Arts of Dakar graduate, formerly,
a visual art teacher in Saint Louis, is
c u r re n t l y pursuing a masters i n
contemporary artistic practice at the
Head School of Geneva in Switzerland. He
has an interdisciplinary practice and uses
the medium of performance, video,
installation and drawings with essentially
black and white renderings. Mbaye Diop
approaches the exhibition space as a
whole with large murals, sound, large
installations and the use of serigraphy on
various supports (wood, cardboard, walls).
His artistic inquiries stem from his
observations of daily urban scenes, the
traditions performed in his native country,
as well the collective phenomenon and
personal experience of emigration. His
works also address the changes of
paradigms in African societies, namely the
dichotomy encountered between new
technologies and traditions, virtual
realities and African customs. His most
r e c e n t an imat ed f i lm, made i n
collaboration with Rémy Bender entitled
“Espace Trépasse”, tells the story of two
Africans people embarked in a space
conquest on a pirogue, convening
terrestrial and extra-terrestrial migrations.
His performances, often improvised in
public spaces, reveal his body as a
political subject and deconstruct
conventions and prejudices with a tinge of
humor and rebellion. Some other
performances consist in poetical recitals
that veer between testimonies and fictions
r e v o l v i n g a r o u n d c o n c e p t s o f
afropessimism and afrofuturism. In 2019 in
Saint Louis in Senegal, Mbaye Diop
organized an unannounced performance
entitled “I wash my dirty clothes on the
Faidherbe Bridge” on the city’s colonial
bridge, as a reaction to the urban disorder
that seizes public spaces in Senegal,
halting the traffic of the city for several
minutes. As part of the official selection of
the next Dak’Art Bienniale in 2022 in
Dakar, Mbaye Diop will present a video
installation entitled “De l’arbre à palabre
à l’arbre numérique”, evoking the tension
that exists between contemporary and
traditional forms of communication. 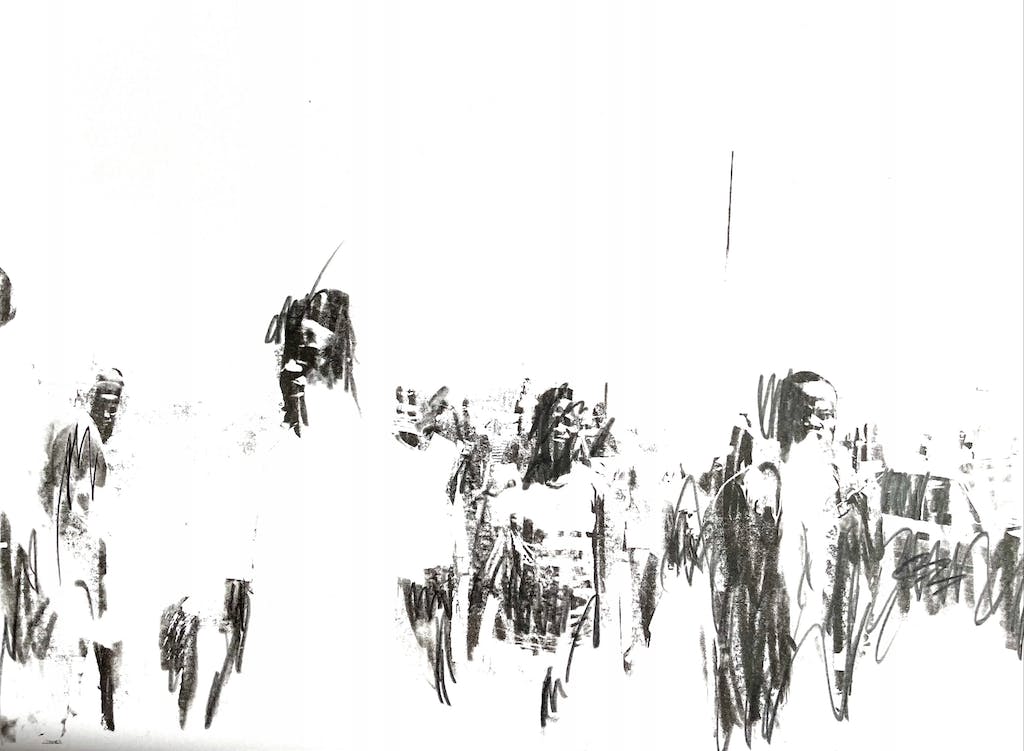 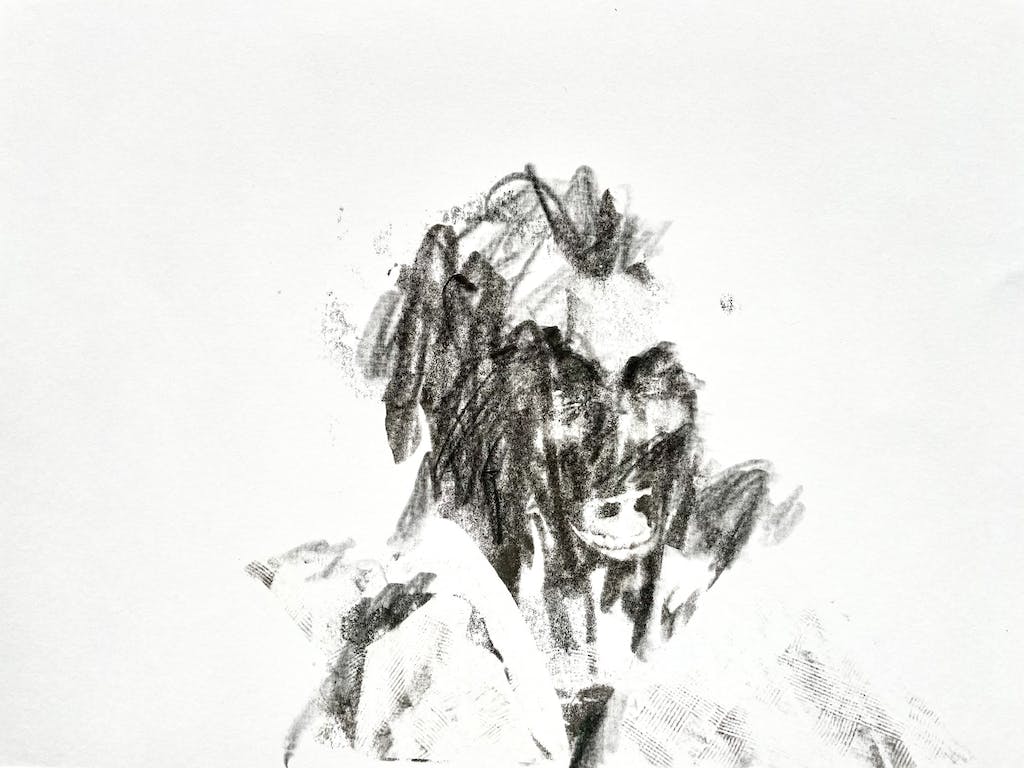 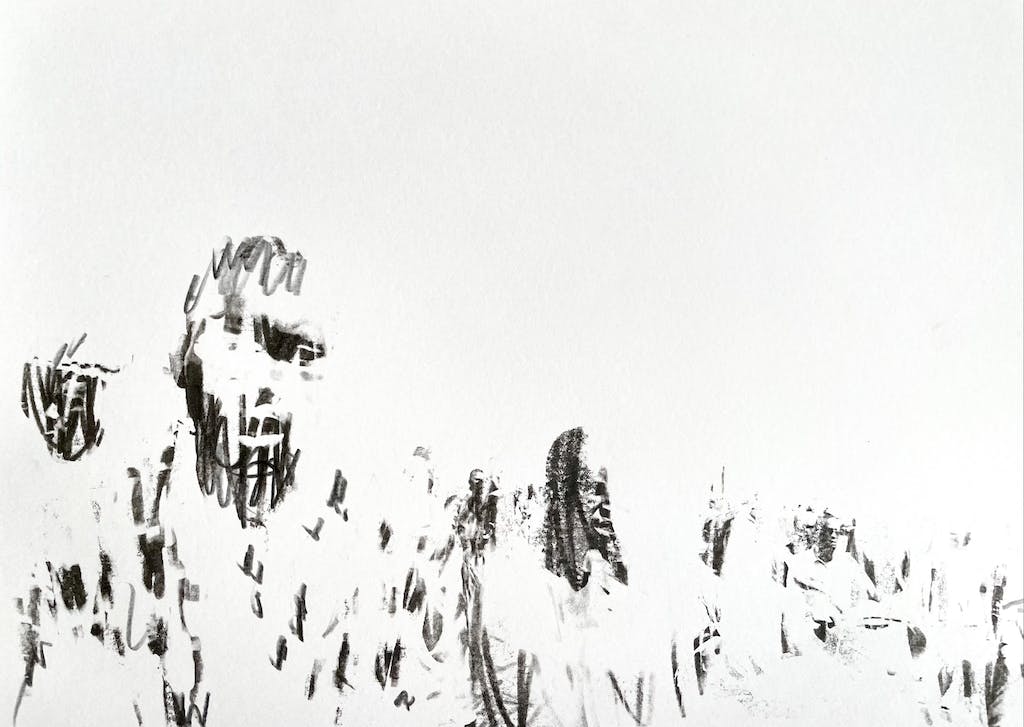 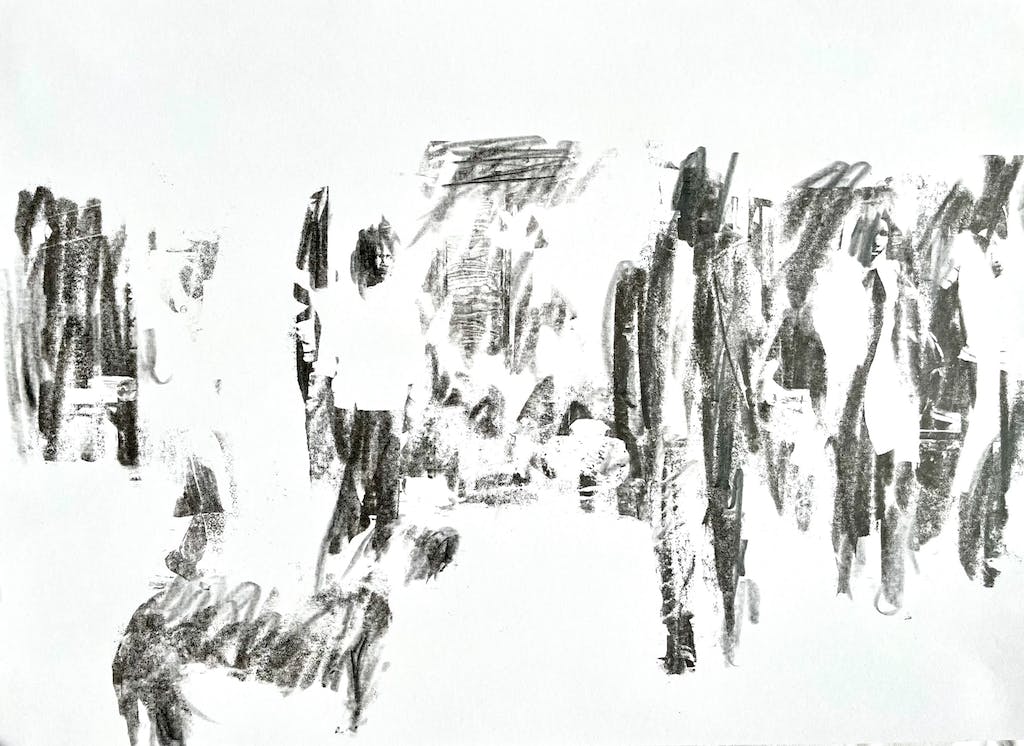 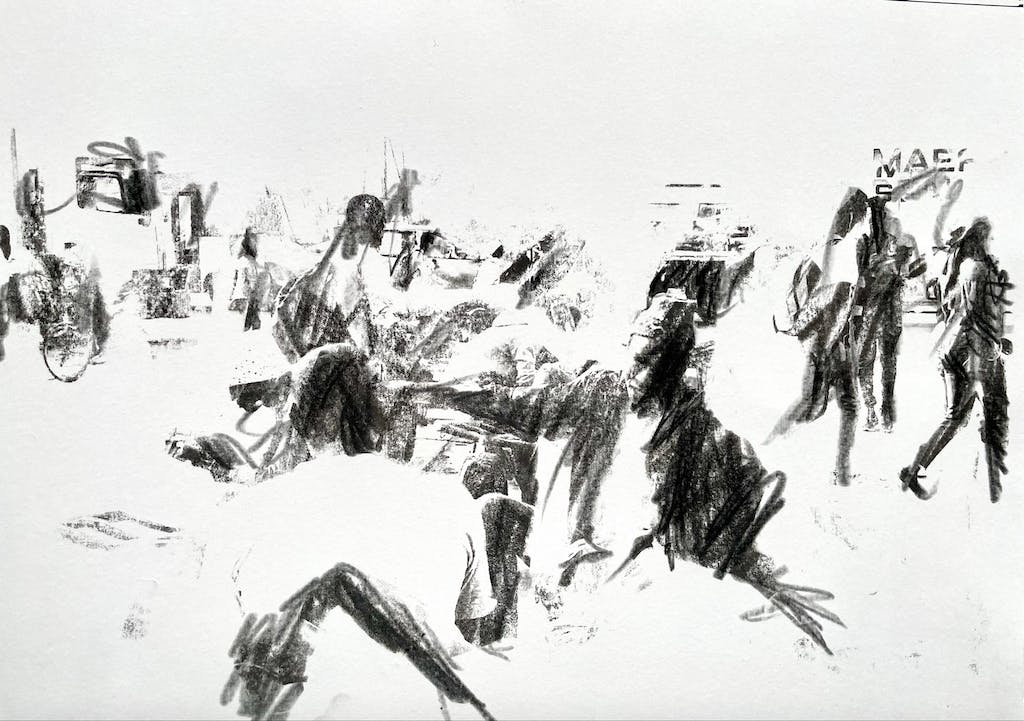 Hundreds of original drawings, an animated film accompanied by a soundtrack and a performance by the artist will be presented
in order to recreate the liveliness of the market in the French capital.
Colobane is a point of convergence where the population gather, where anything can be sold, exchanged and bought. While the
artist formerly lived in that area, Mbaye Diop wanted to record the effervescence of that location through filmed recordings.
These images, first converted in black and white, then each edited by the artist’s hand, have been transferred on paper with
acetone. Like a slowed down documentary, the animated film is composed of eight images per second. Through these
decomposed sequences, Mbaye Diop deconstructs the market’s countless and evanescent movements and forms through nuances
of grey and unveils the organic and spontaneous character of that site. The soundtrack is enthralling: cars’ engines and horns,
music at every corner, the call to prayers, the endless negotiations of streets’ sellers, the friendly exchanges amongst people make
the intense liveliness of that location.
This sonic and visual intertwining is symbolic of the oral tradition on which relies a country like Senegal. The streets’ or markets’
signages do not belong to these sites: the spontaneous discussions strengthen the ties amongst the community and allow passerby
to locate their desired product in this commercial labyrinth, youngsters to make some savings for their studies, and wandering
streets’ sellers to refill their stock for the rest of the day, and eventually for this informal economy to survive. As the market is
threatened to disappear owing to real estate pressure, this market resembles a living architecture in constant becoming, an
organism in motion inhabited by an exhilarating urban atmosphere. 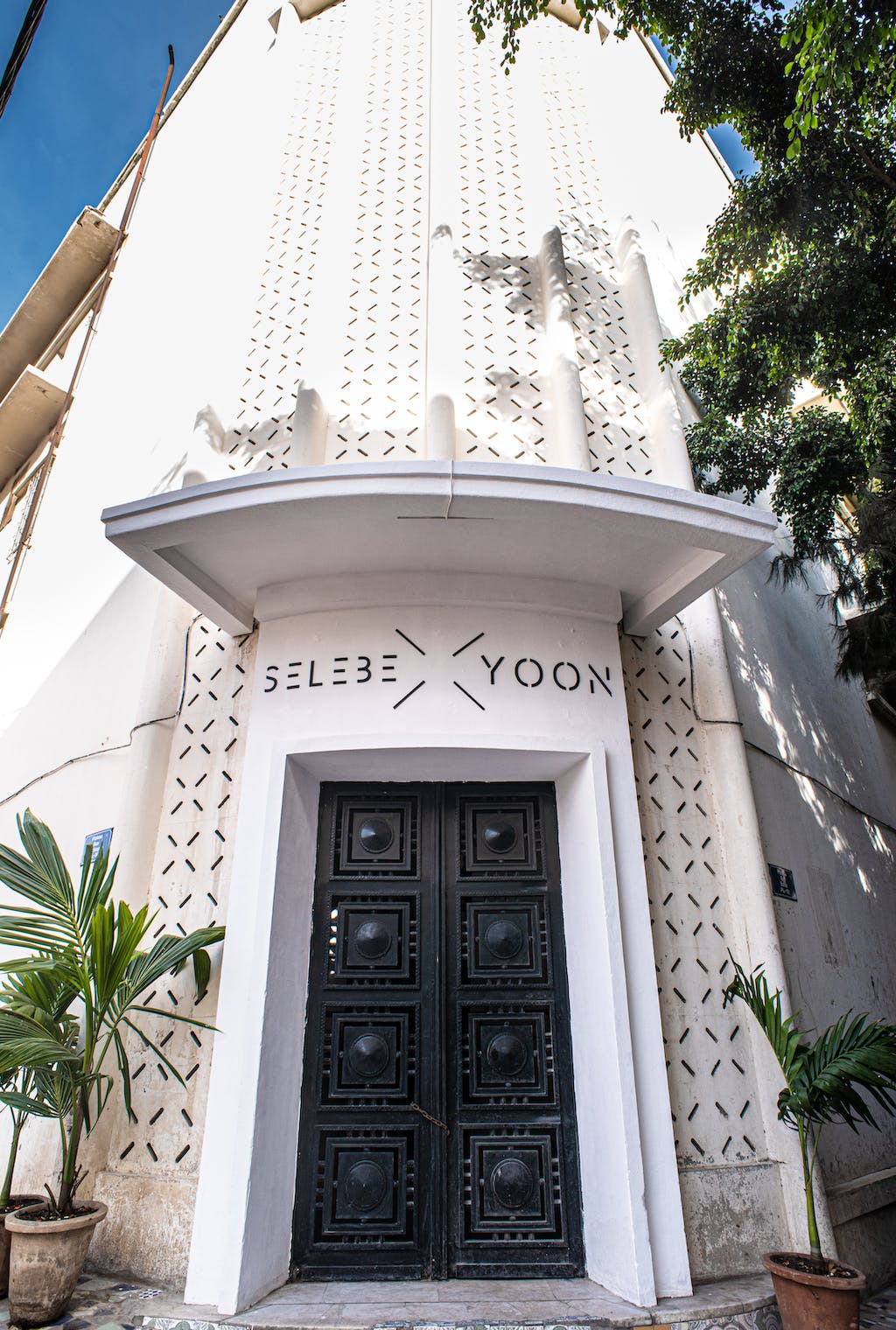 Situated in Dakar city center, Selebe Yoon is a residency and gallery that supports local and international artists and thinkers. In Wolof, “selebe yoon” means the crossroad, the place where different paths intersect. As a site of convergence for interdisciplinary research and practices, Selebe Yoon is supportive of artists’ creative process, artistic experimentations and encourages dialogues amongst artists and cultural actors. Built in 1953, this modern building is an iconic example of Dakar’s architectural history. With 1,000 metres squares, Selebe Yoon has several exhibitions rooms, artists studios and a library.