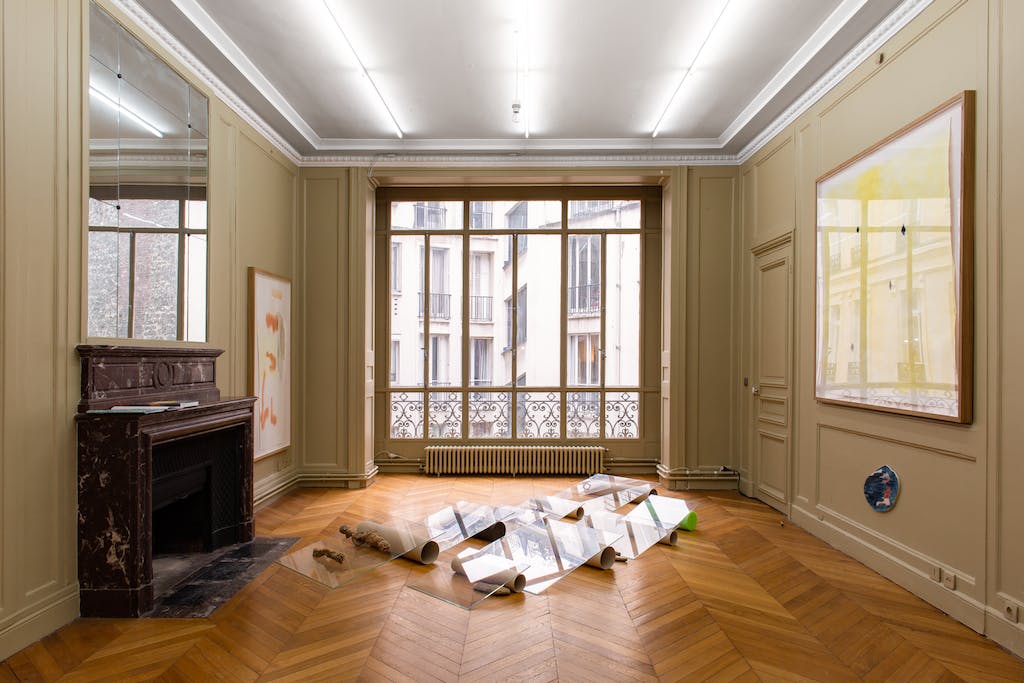 VEDA started its activity as a project space in May 2016, in Florence.
The project’s founding proposition was to give invited artists the opportunity to confront their artistic practice within the atypical architecture of the space, challenging them to overcome the intrinsic conditions of a non-accessible space, with no floor beneath the street level, visible 24/7.
Following the need to pursue a deeper dialogue with the artists’ practices, VEDA decided to become an art gallery a year later.

Thinking about the particular and strongly characterised spaces of Paris Internationale the specific concept of Liminal Space came easily to mind.
These empty spaces, once inhabited by their owners whom traces can be found on the aesthetic choices and saw through the usury of materials and claddings, became now potential rooms awaiting to be activated by the artworks and their public.
A Liminal Space is an in-between place, which occupies the area between a start and a destination. Corridors and empty little rooms, together with those heterotopian places (in reference to M. Foucault) such as airports, train stations and more – connected to their nostalgic aura and the uncomfortable sensation evoked – can be seen as a perfect example of liminality.
This kind of spaces doesn’t necessary have a function but act as transition places between two state of being in which common knowledge and rules are suspended. Could also be a place of encounter, in an optimistic productive concept and political sense.
Following this VEDA will present works by Eva Lofdahl and Monique Mouton which evokes this sense of in between through space and time, but also through the medium and approach of their artistic research. 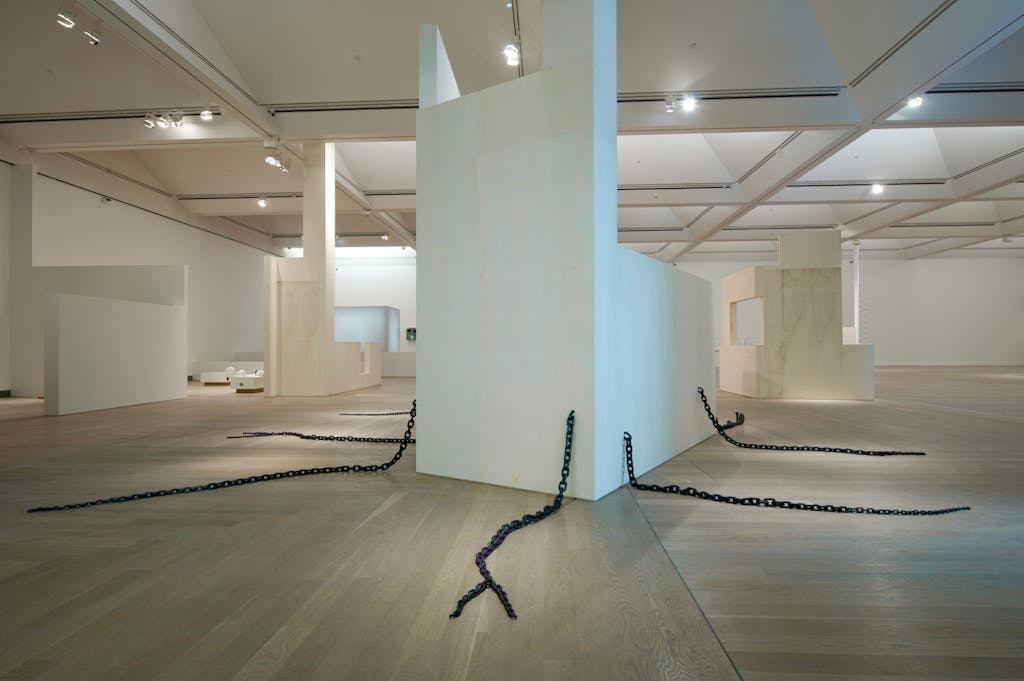 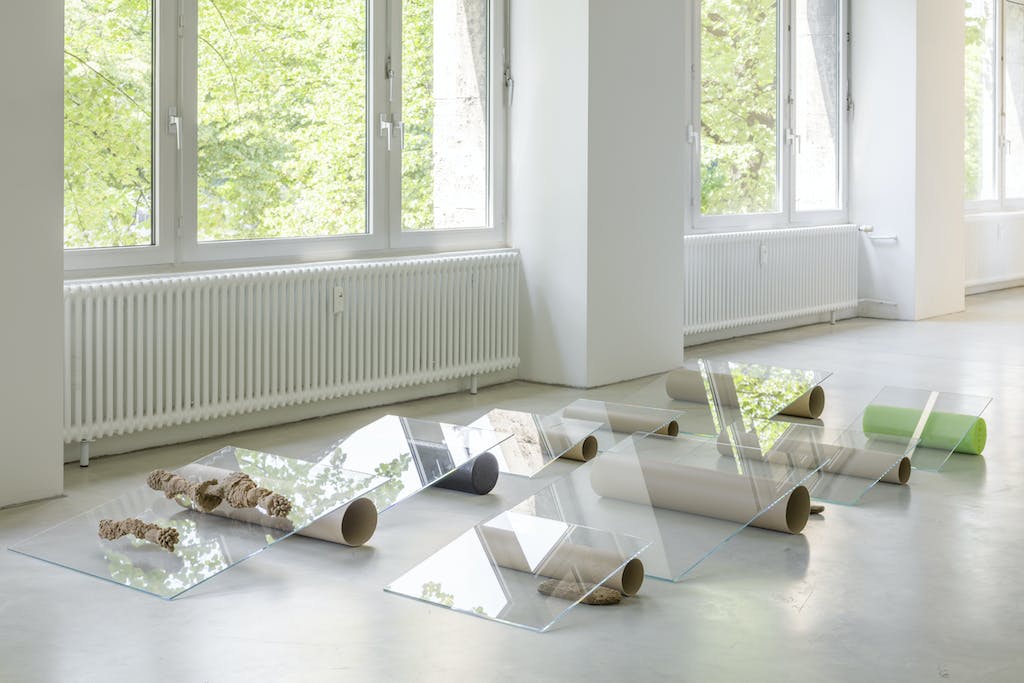 Uchronia’s Seeds (2018), evoke an etheropian landscape, embracing once again the concept of liminal space in its particular encounter of materials echoing far-off eras and knowledges. Sand sculptures kind a like relics, usured cardboard, glass plates and rolls of a greenish plastic foam are lying in the floor, carefully arranged taking on account the phenomenon of earthly tectonic plates. Here again the work offer an imaginative space interconnected in time and space.

Eva Löfdahl artistic research is informed by different themes and approaches, borrowed from biology, technology, politic, sociology. Her artistic research starts with a very specific choice of materials, which determine the entire work flow becoming –thanks to their peculiarities- part of the creation of meaning for the single artwork.
Her work has been exhibited at venues including the Venice Biennial, the Nordic Biennial of Contemporary Art, Lunds Konsthall, Kunstraum Düsseldorf, and Galerie Nordenhake. In 2011, the artist’s work was exhibited at Moderna Museet, Stockholm, in a large scale retrospective. 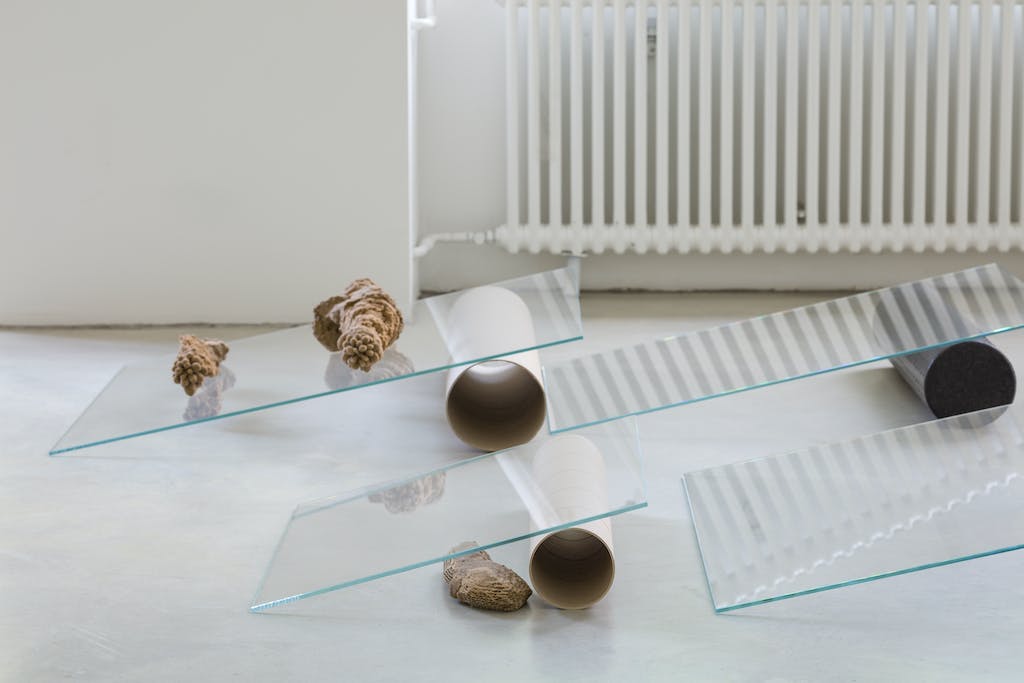 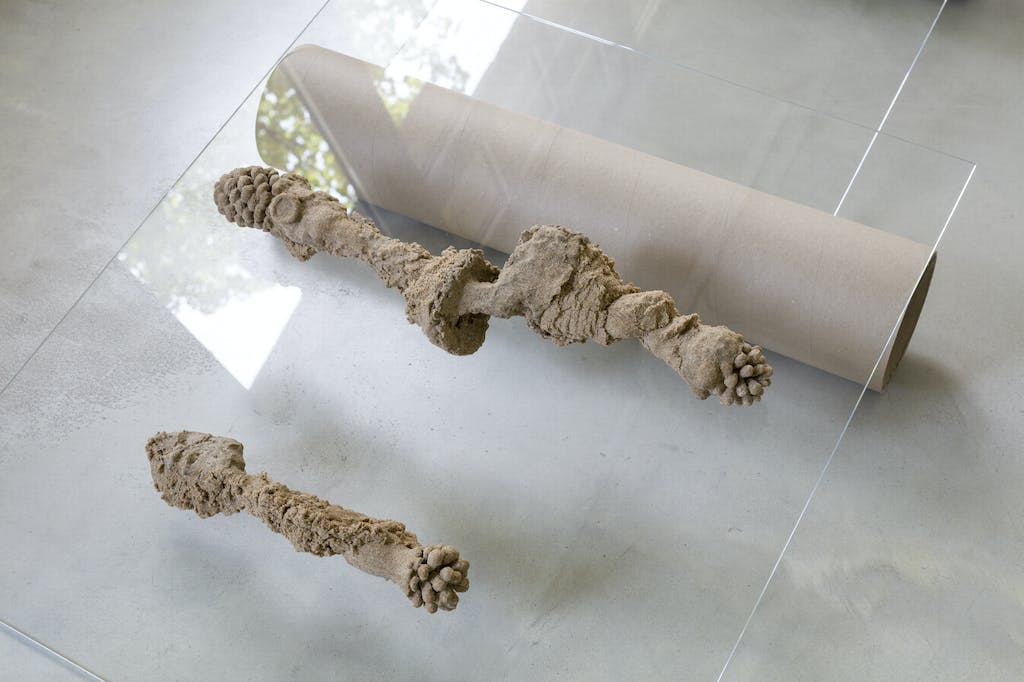 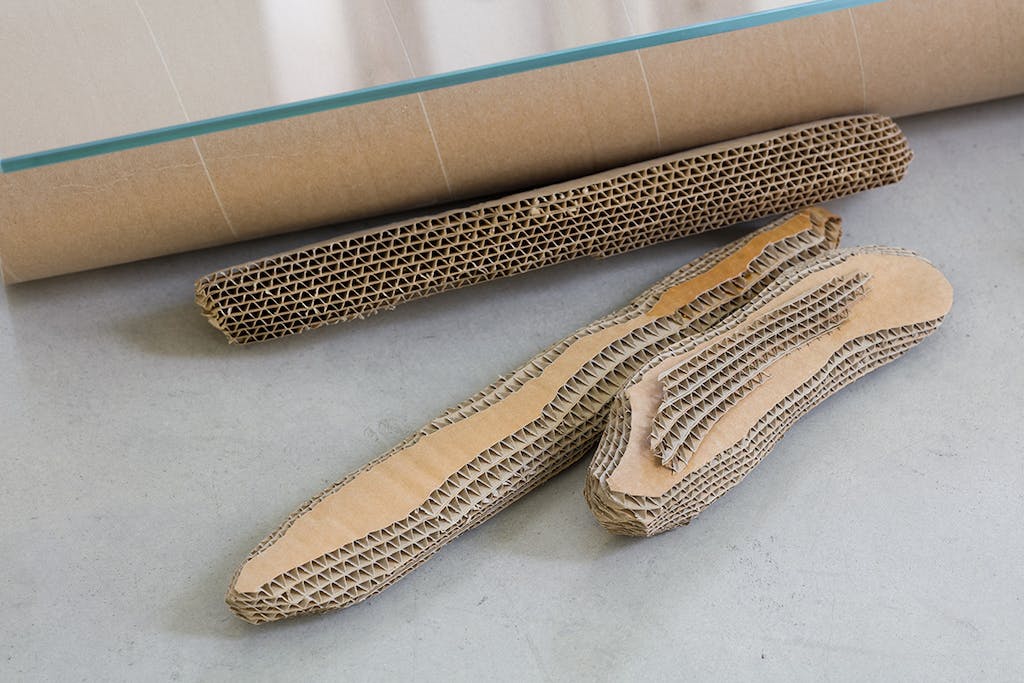 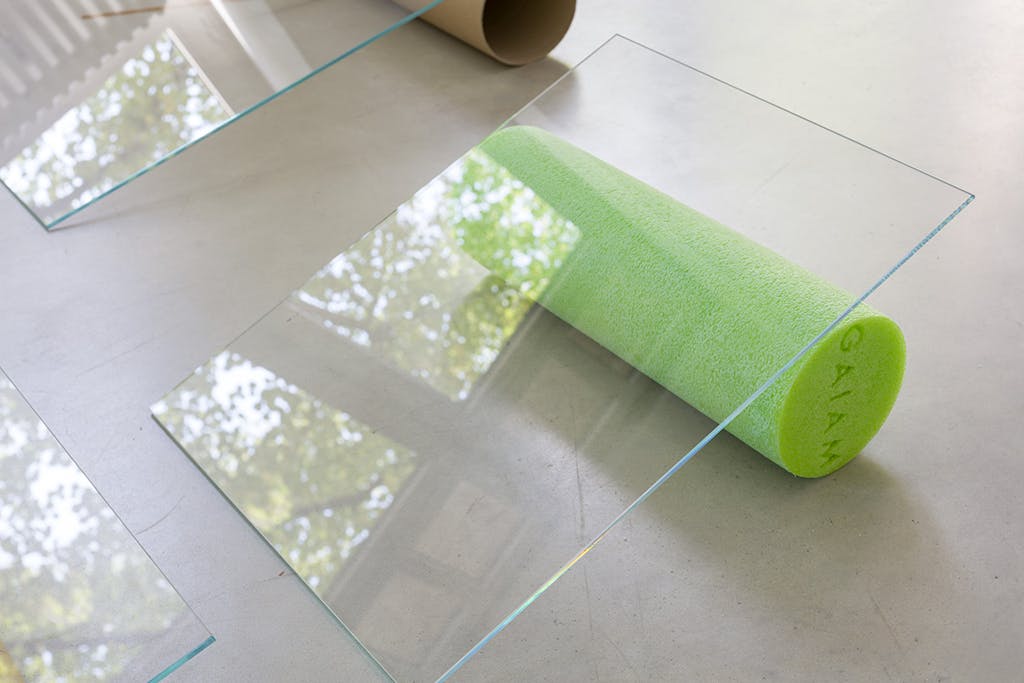 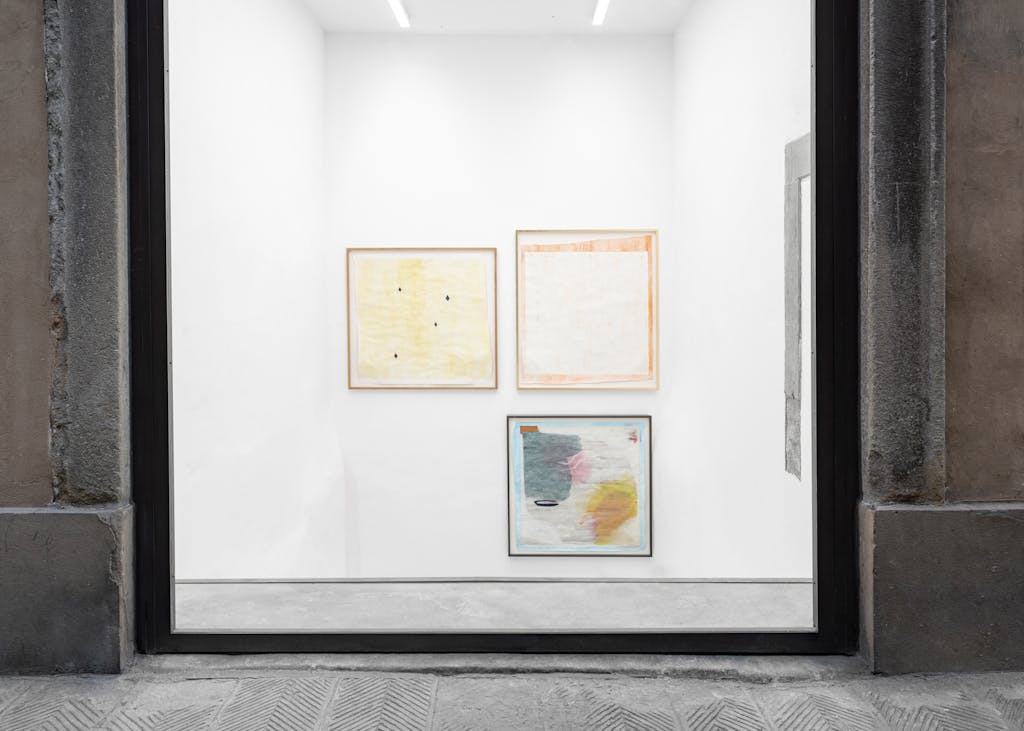 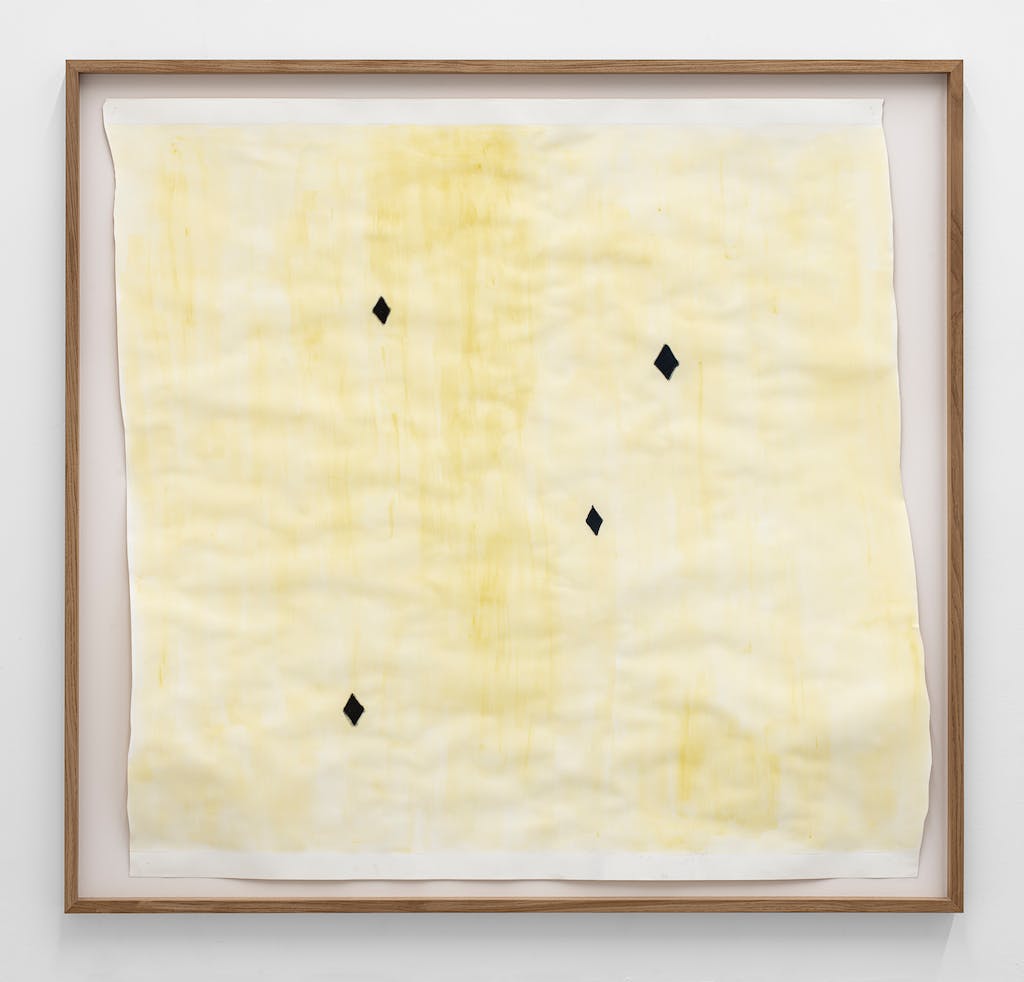 One cut becomes the first gesture that initiates two paintings. The surface could be considered just another edge, the one that’s facing you. Paint elaborates this surface-edge, along with other materials, movement, time. There’s an elastic continuum to how the paintings are made as the thresholds layer on top of each other. 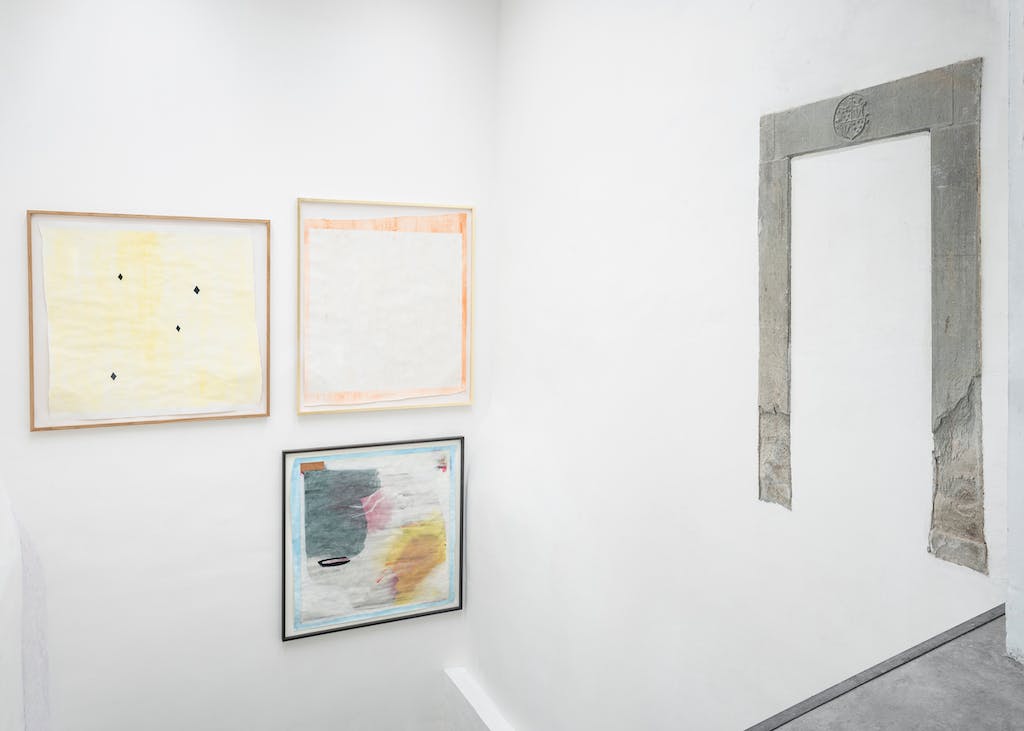 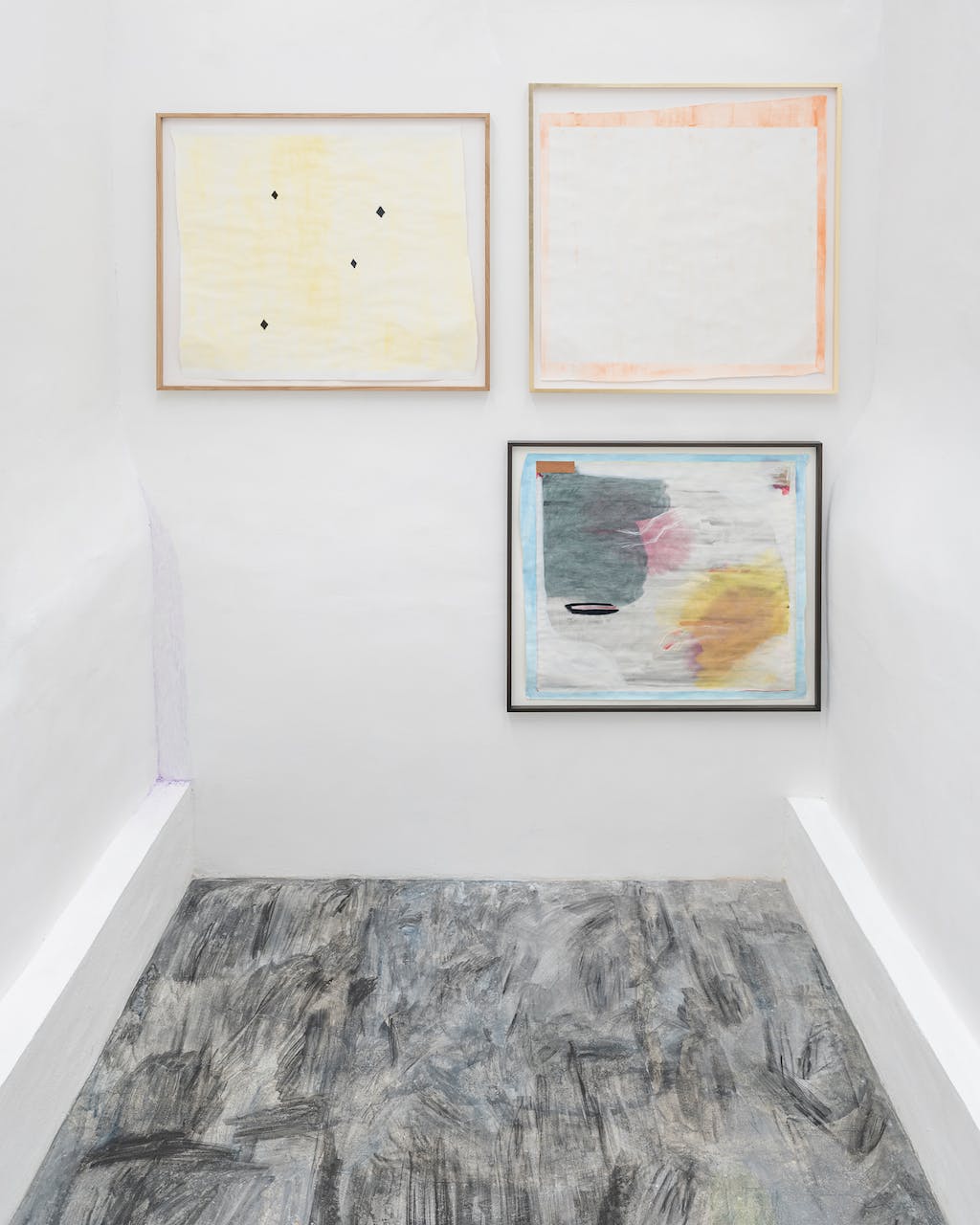 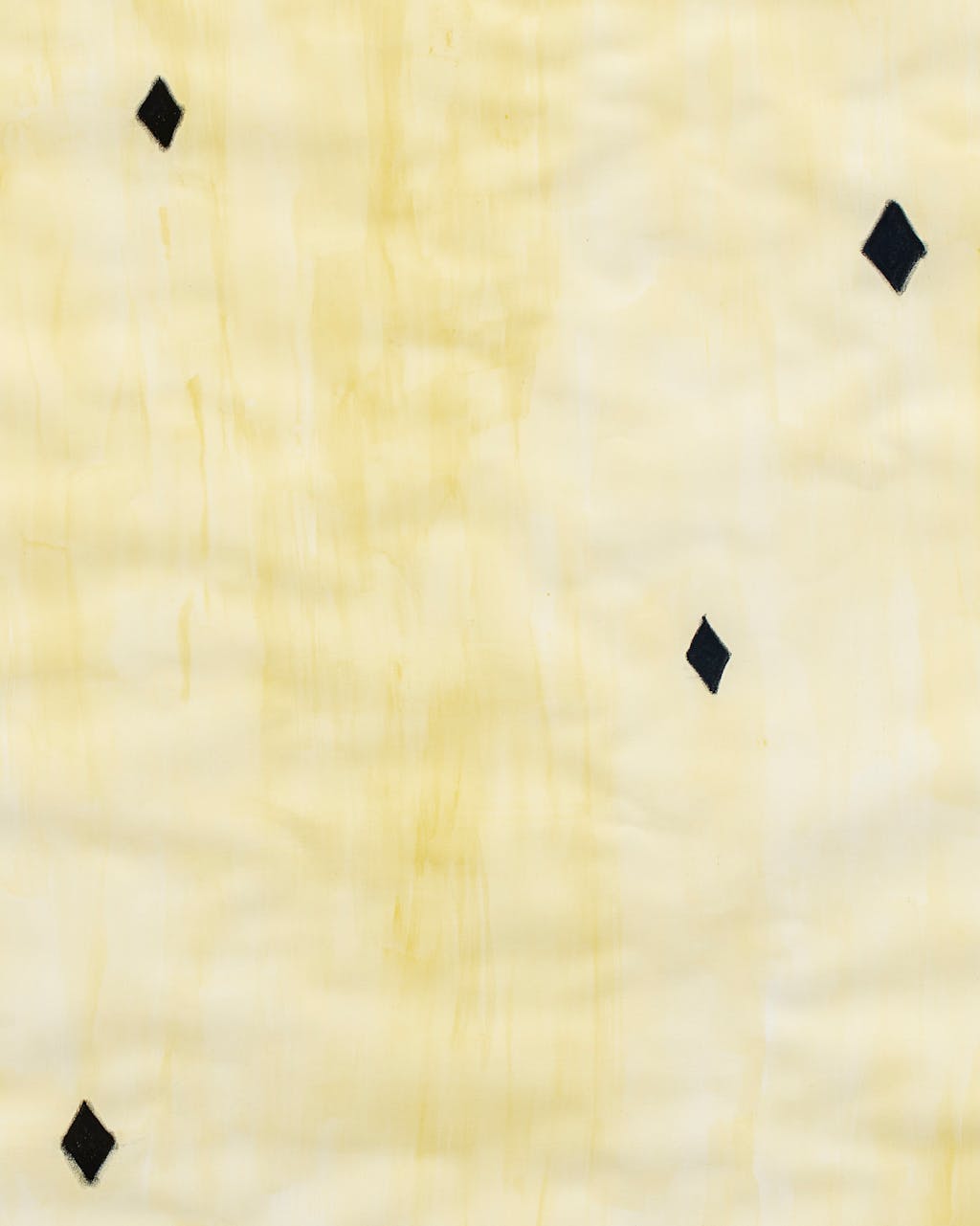 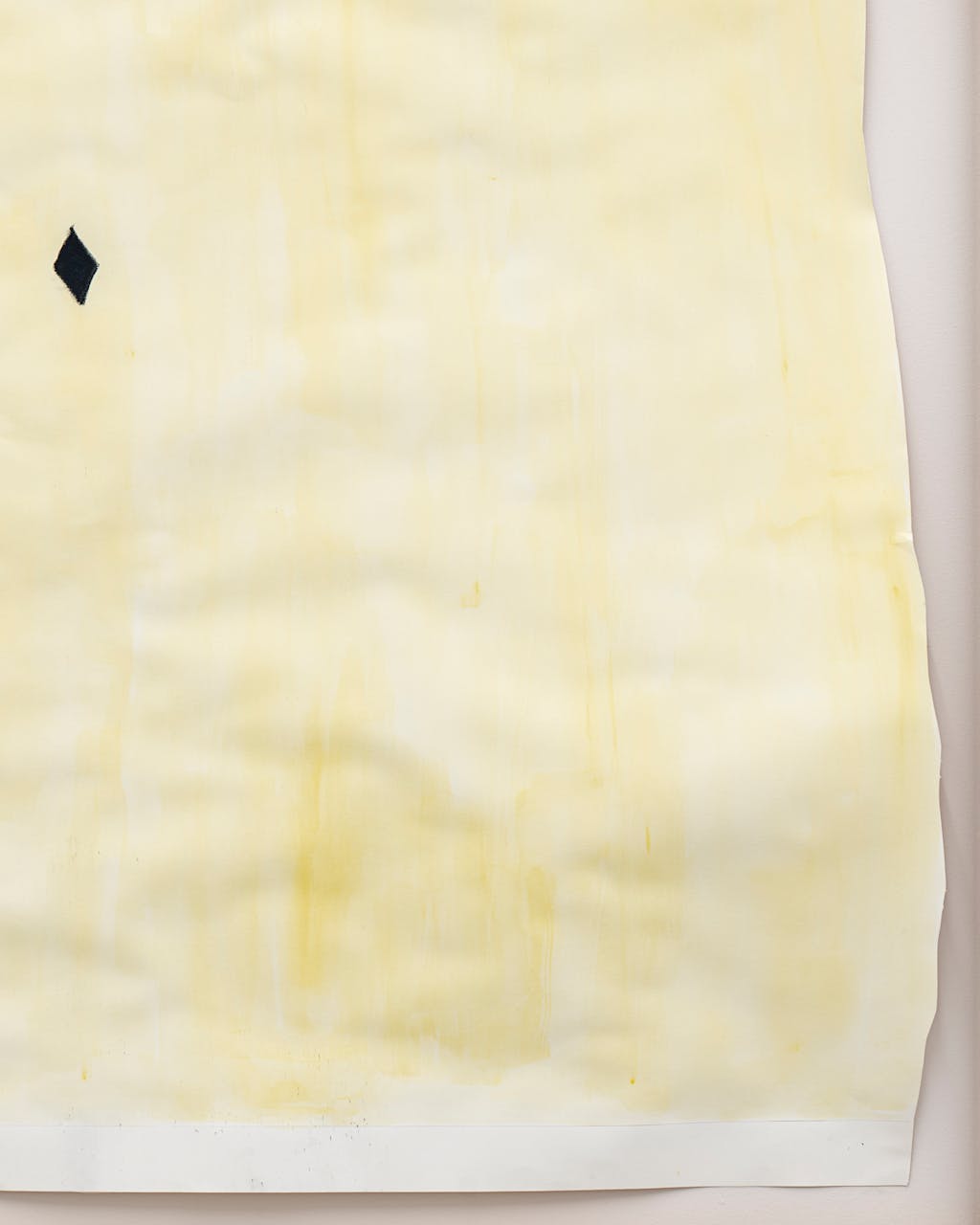