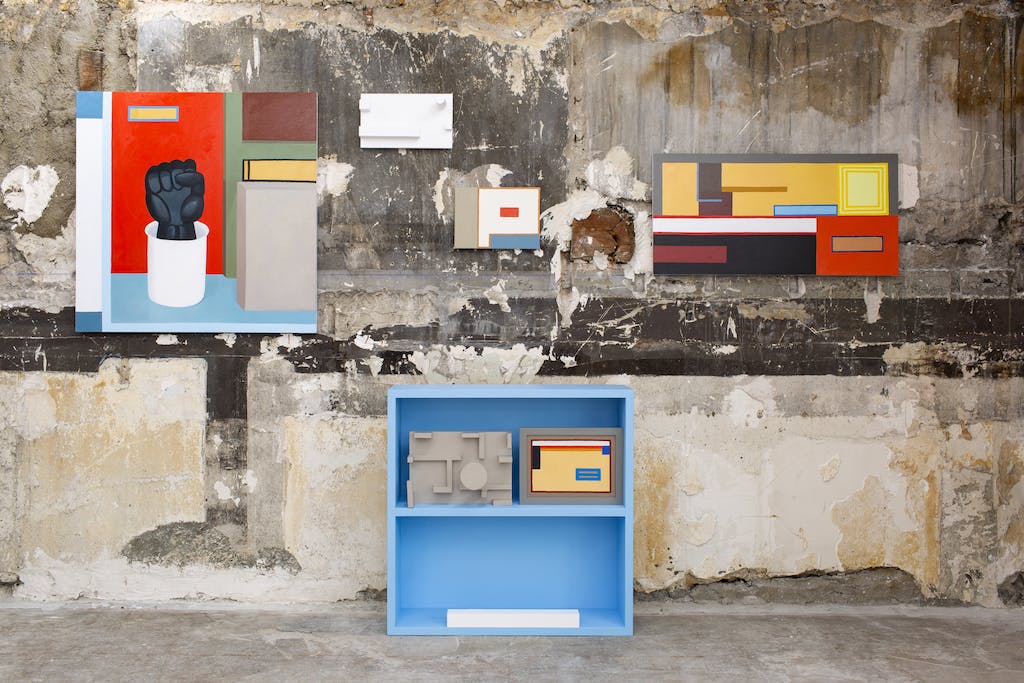 APALAZZOGALLERY was founded in 2008 by Francesca Migliorati and Chiara Rusconi, as a commercial space for new encounters.

Inspired by the unique architecture of the gallery, the prestigious Palazzo Cigola Fenaroli, it aims to show contemporary art through a particular lperspective, presenting curated solo and group exhibitions on a diversity of themes.

The commitment of the gallery is to develop a multidisciplinary and cross - generational programme. APALAZZOGALLERY organises exhibitions based on a particular theme or, alternatively, on the work of a single artist; and it supports international and Italian artists, both young and historical figures. Every project is built on a long and attentive dialogue between the gallery space and the artist; the result is often a show, in which the artworks engage the space in innovative ways, creating complex connections with the architecture of the palace. The gallery encourages and sustains this dialogue through artist residencies.

APALAZZOGALLERY promotes the work of the artists through Italian and international art fairs and curatorial projects.

APALAZZOGALLERY is pleased to participate in this year’s edition of Paris internationale, presenting works by Nathalie du Pasquier, Servane Mary and Olympia Scarry.

Olympia Scarry’s onyxes are presented in Paris following her solo exhibition at ICA Milano at the beginning of this year, and represent crystallised minerals with etched fluorescent patterns. 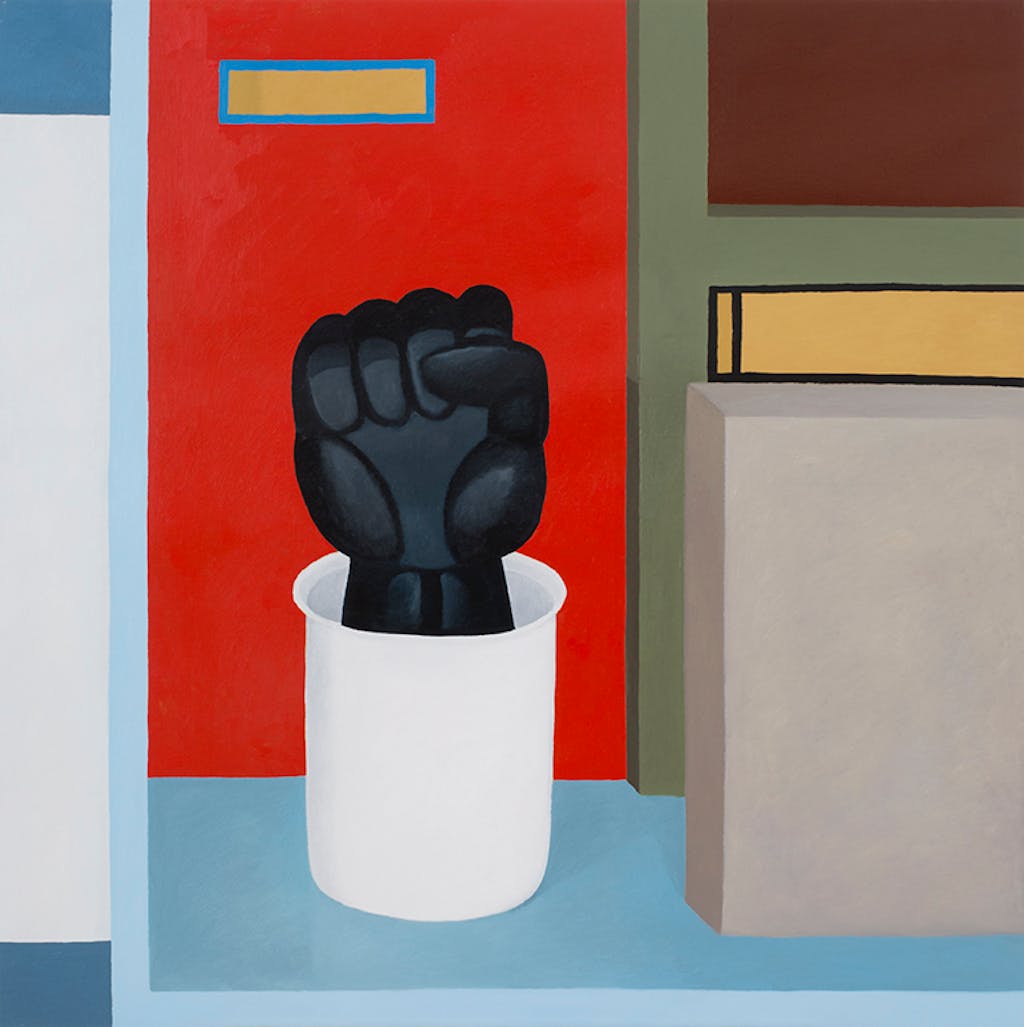 Nathalie du Pasquier’s self-procured education was gained by travelling, reading, looking at different things such as Sumerian sculptures, Middle-Eastern applied objects, the great masters of the Italian Renaissance, Byzantine and Provençal paintings, the metaphysical brothers Giorgio de Chirico and Alberto Savinio, or admiring non-academic stuff from the periphery of the universe.
Until 1987, she worked as designer, a member of the Memphis group producing many decorated surfaces, patterns, textiles and a few pieces of furniture. After that, her main focus and passion has always been painting.
Over the last 35 years, Du Pasquier has always been intrigued by the relationship between things and the space in which objects are installed. This ongoing investigation has taken place in paintings, sculptures, designs, patterns, constructions, carpets, books and ceramics, constantly intervening between the representational and non-representational, the tangible and intangible, reality and imagination, two and three-dimensional forms. Working in between formats, Nathalie is an expanded painter, forever playing with complex arrangements of forms, and continuously open to new possibilities for experimentation.

Servane Mary is a French born, NY-based artist whose work is invested in the appropriation of found imagery and more recently, process-based abstraction. The artist moves easily between mediums — from photography and sculpture to painting and installation — yet remains consistent in her message. Her practice examines the complexities of female power as well as the representation of women in our society and uses a wide array of materials to convey her ideas.
Mary’s abstract work is created using different layers of acrylic, spray paint and silkscreen ink on laminated pegboard. In her latest series of abstract compositions, the artist uses a mass-produced item as substrate - the peg boards found in any local hardware sthop become her canvas as well as stencils. She creates this work by pouring paint onto a pegboard, which then drips through the holes in its surface, a process that is repeated several times. This way, colours are layered to result in an almost textile-like effect. This structure resonates with one of the foundations of abstract painting: the grid. The repeated perforations vibrate with opticality.
The metallic silver sprayed ground is animated by these saturated drips of paint and gestural marks. The overall image results directly from a process that is controlled as well as open to chance. While the perforations determine to a certain degree the composition, the surface is not without unexpected incident: the “glitches,” or mistakes, that give the work its painterly life. The artist, by way of a disciplined, deceptively limited decision making, and her choice of a banal, everyday material support, brings her work into the deep space of abstraction. 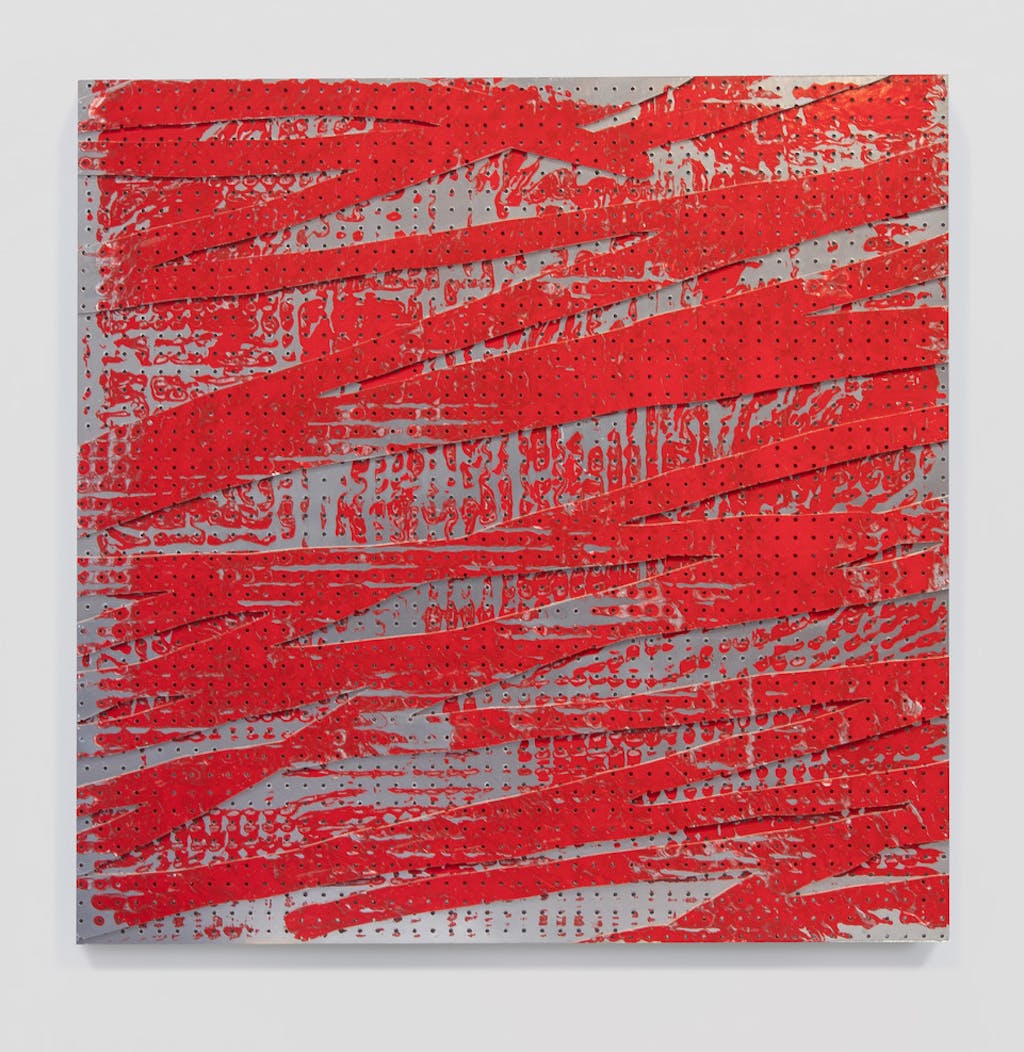 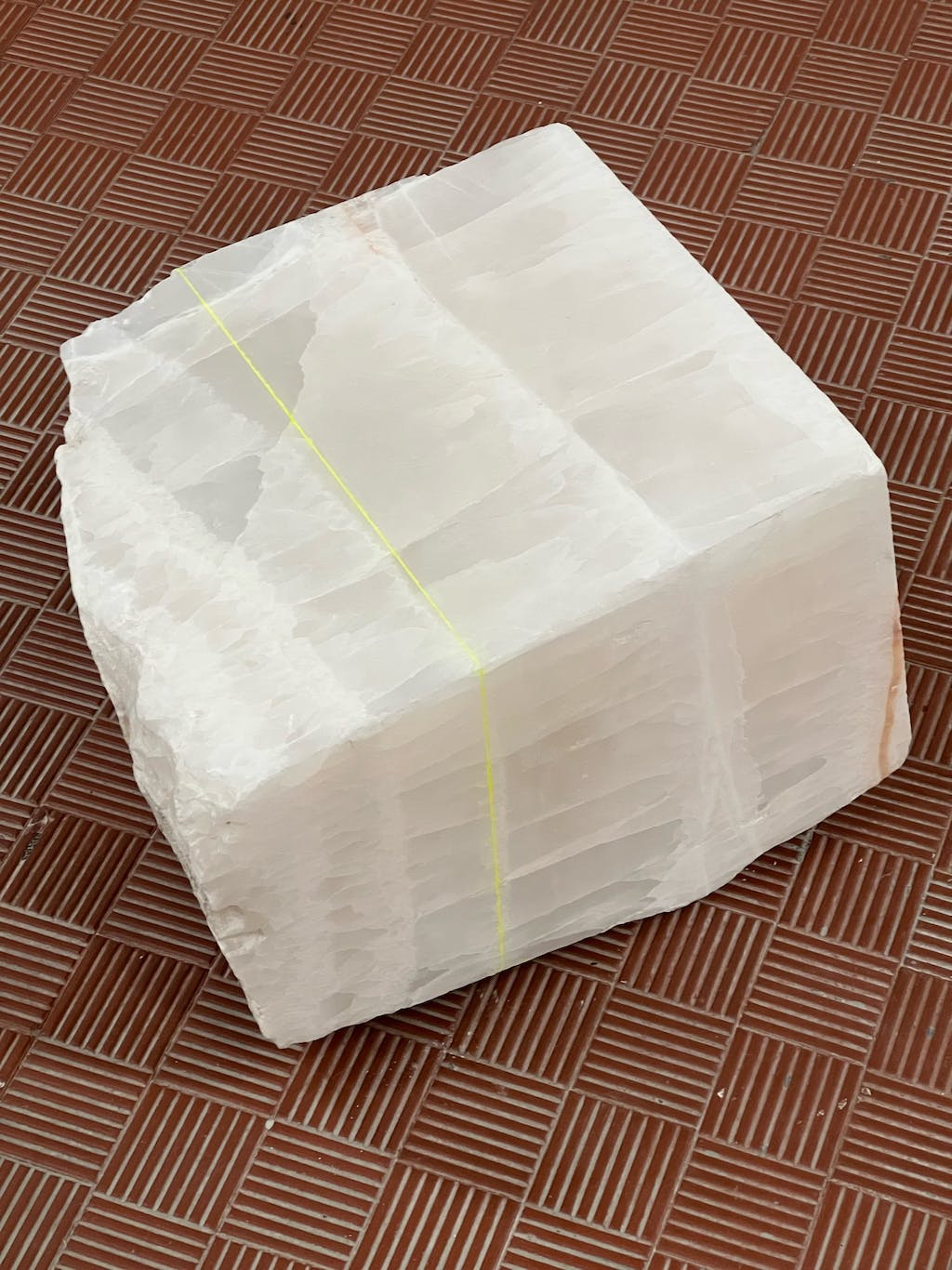 Olympia Scarry is a Swiss American artist whose fascination with materiality is the constant driving force in her work. Her choices reflect the ambiguities of power as they are transferred through thought and substance.
“Scarry’s onyx works are part of a body of sculptural work that captures the traces of time and sound imprinted in synthesised organic matter. The crystallised minerals of geological time, or deep time, are transformed into the translucent veins in onyx, while patterns etched into the stone interrupt the flow. Moiré-like lines, which in mathematical terms represent large-scale interference and which in physics is considered a sonar ‘beat’ (when two identical shapes do not exactly overlap). [..] Artificial interventions within natural elements create an alchemy of stillness challenged by sound and time. This part of Scarry’s work is a white, randomly transmitted sound that can have equal intensity at different frequencies and is given a constant power density as in white light, which while appearing as such is defined as the complex mixture of all wavelengths of the visible spectrum. Scarry’s work resonates through materiality. “ - Olympia Scarry on Flash Art Italia, 2022