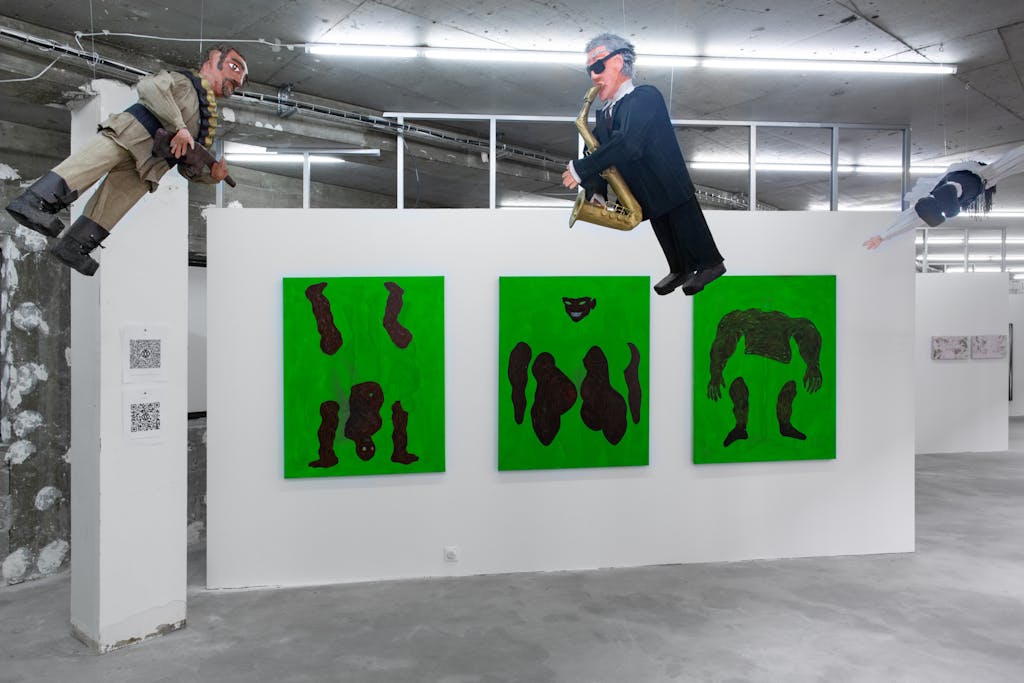 von ammon co was founded in 2019 in Washington DC as the capital’s primary venue for radical contemporary art exhibitions. The gallery maintains a continuous exhibition schedule while participating in art fairs worldwide.

Thebe Phetogo will present six paintings, continuing his blackbody Composites series. These works involve groups of human figure in various states of dissolution and dispossession—a salient aspect of Phetogo’s painterly project, which focuses on the diffuse concept of personhood in post-colonial Southern Africa. Rendered mostly in a modeled acid green paint, the artist borrows the null backdrop of a green screen, with most of the figures in a state of digital dissolution. Phetogo carves vignettes out of each scene with sharp passages in colorful oil paint and shoe polish, which alludes specifically to the mutual tradition of Blackface in America (minstrel show) and Africa (The Concert Party).

Ivorian American artist Monsieur Zohore will present three new paper towel workswhich collapse various insoluble notions history into multifaceted, contradictory narratives. The works on view at the fair concern dispossession through an exploration of the heist: whether that which has disappeared be a famous painting, a piece of tribal artwork, a landmark, or even one’s dignity, Zohore’s pictures exclaim their content like anachronistic tabloid pages, sending transmissions both pratfall and melancholy. Hovering above the new pictures are the debut trio of Zohore’s exploration of the piñata as a relational and ephemeral object. With each portraying an outrageous proposition of Blackness—Bill Clinton with his saxophone, Robert Downey Jr. in blackface, or porcelain-white Michael Jackson—each suspended object beckons (by nature) to be bludgeoned into disrepair to deliver its bounty of silver-wrapped candies to the floor. 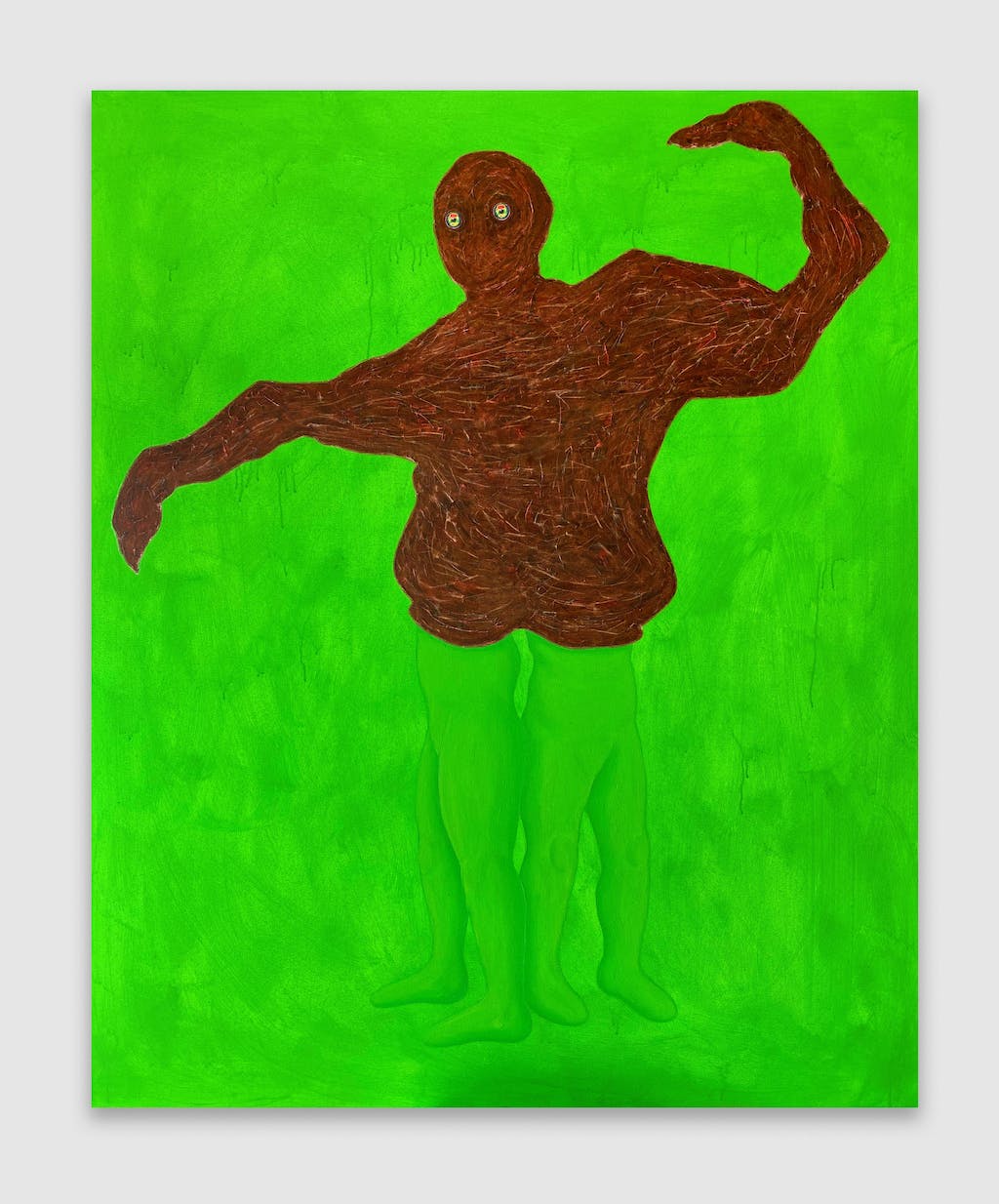 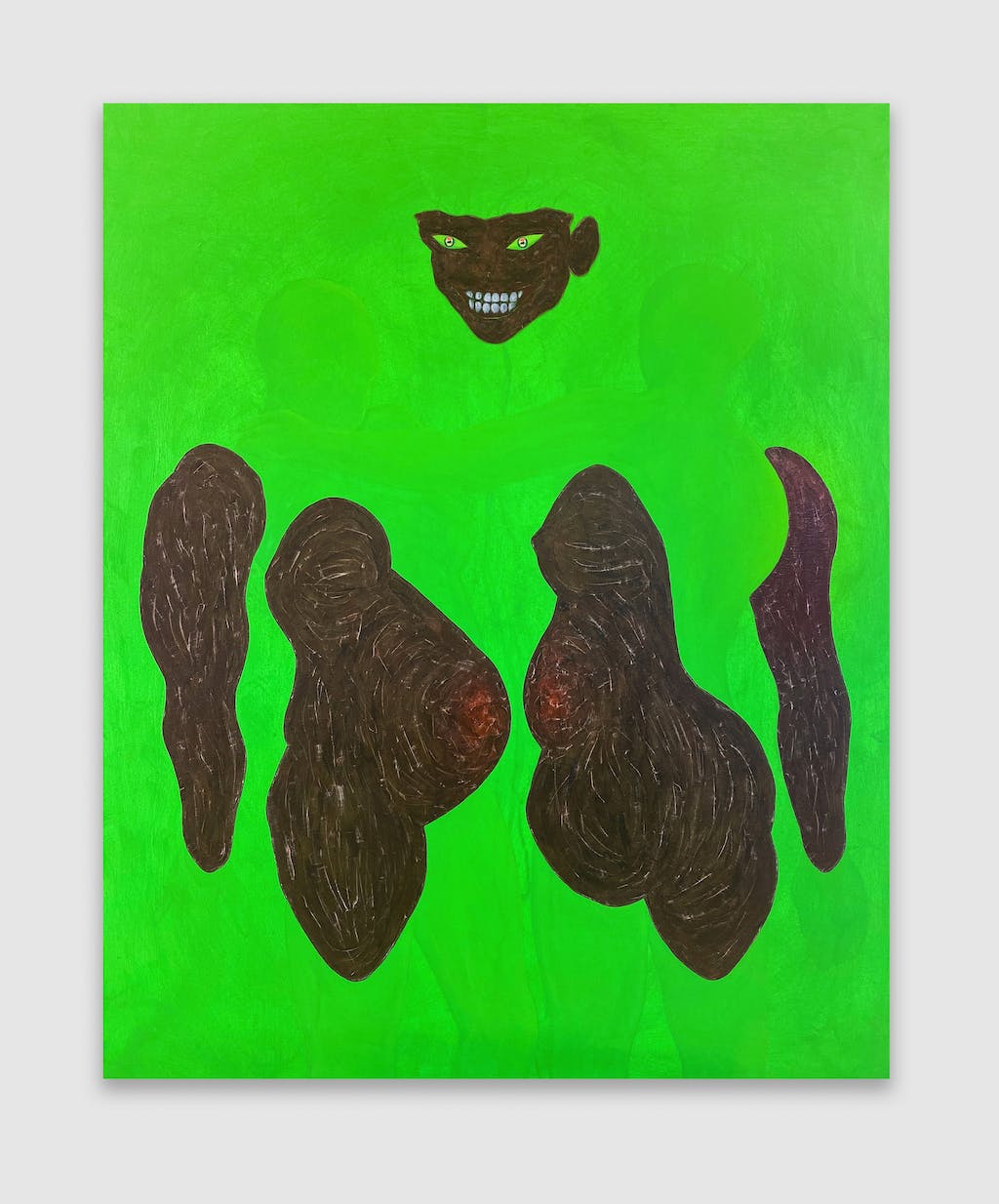 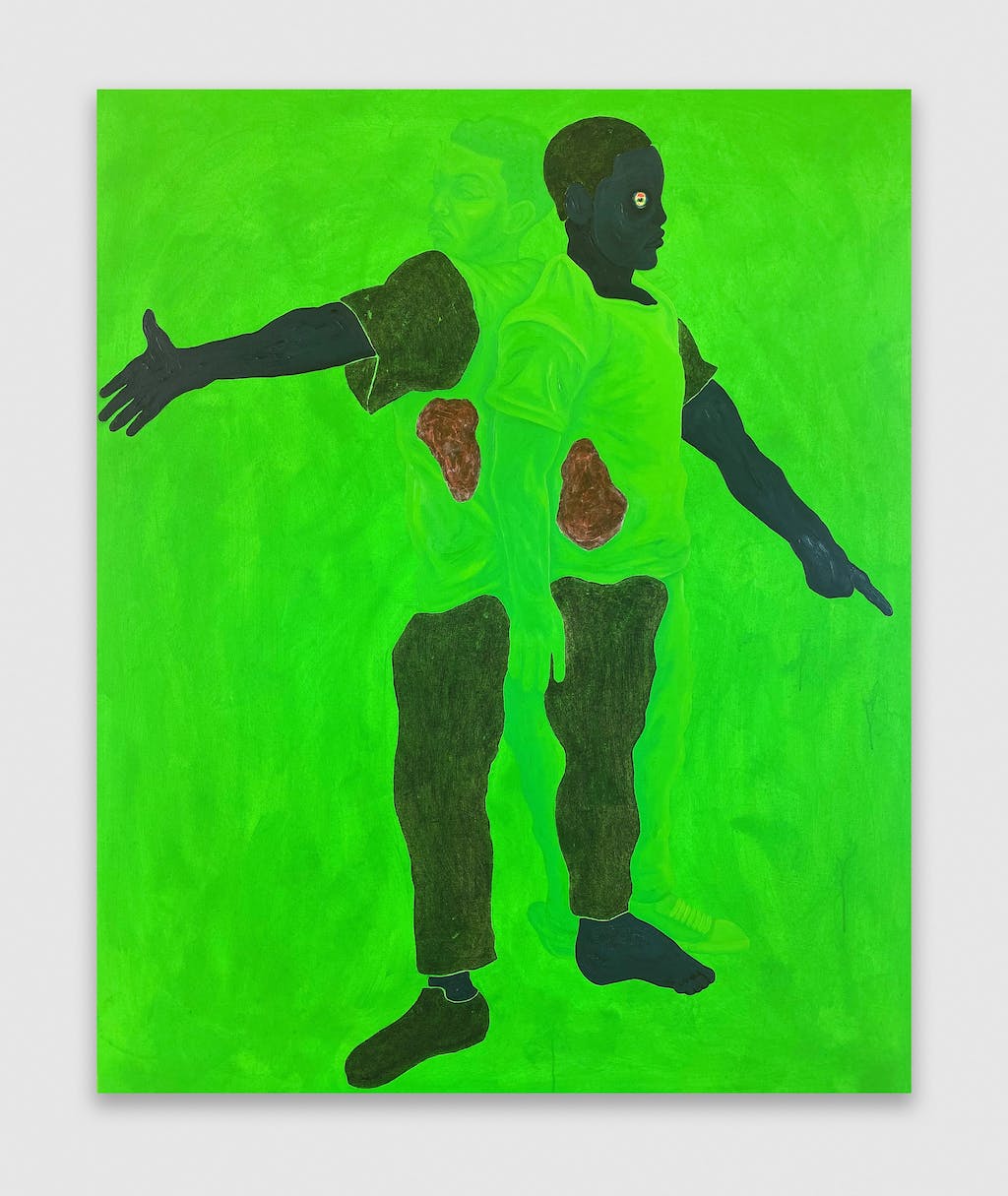 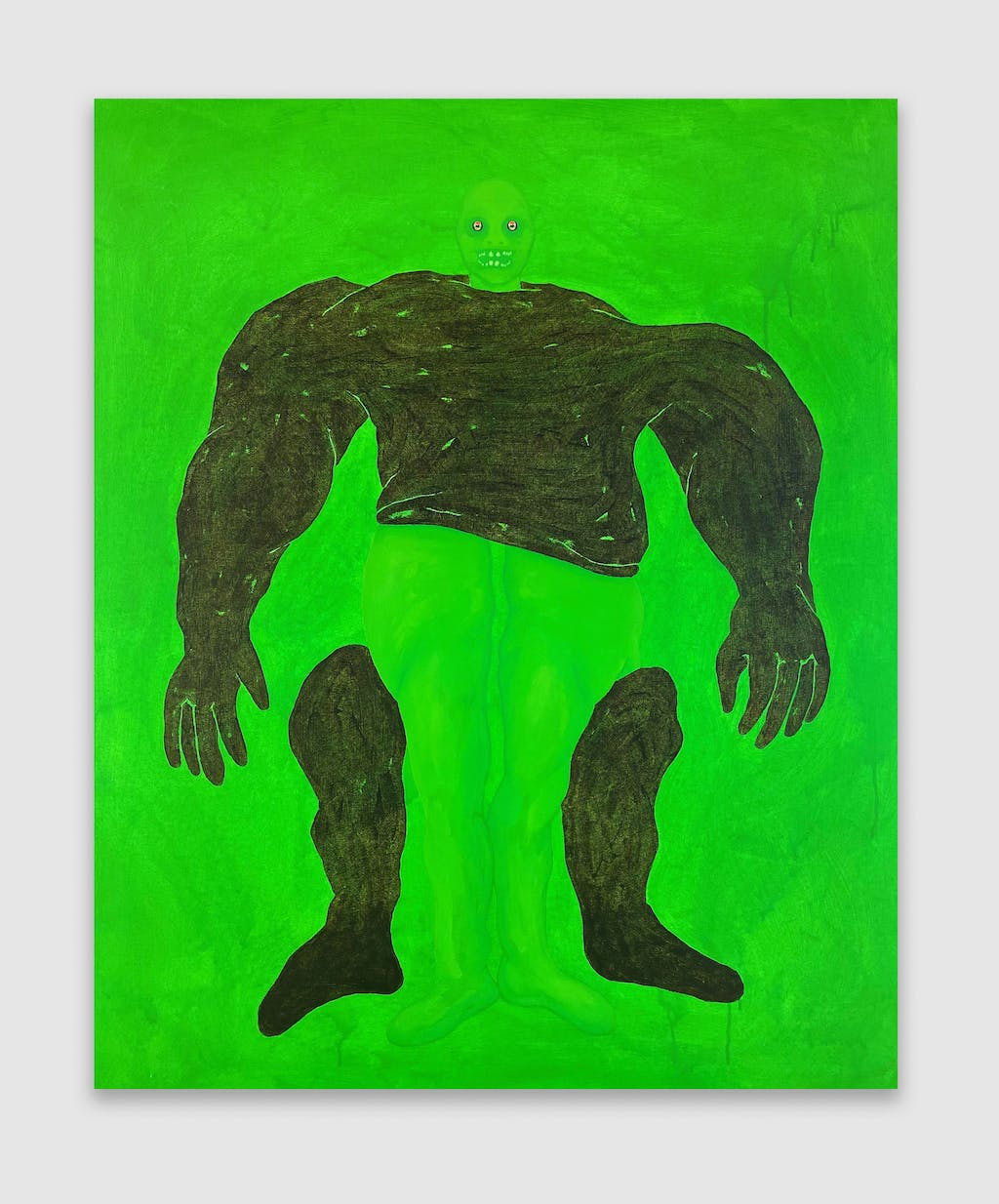 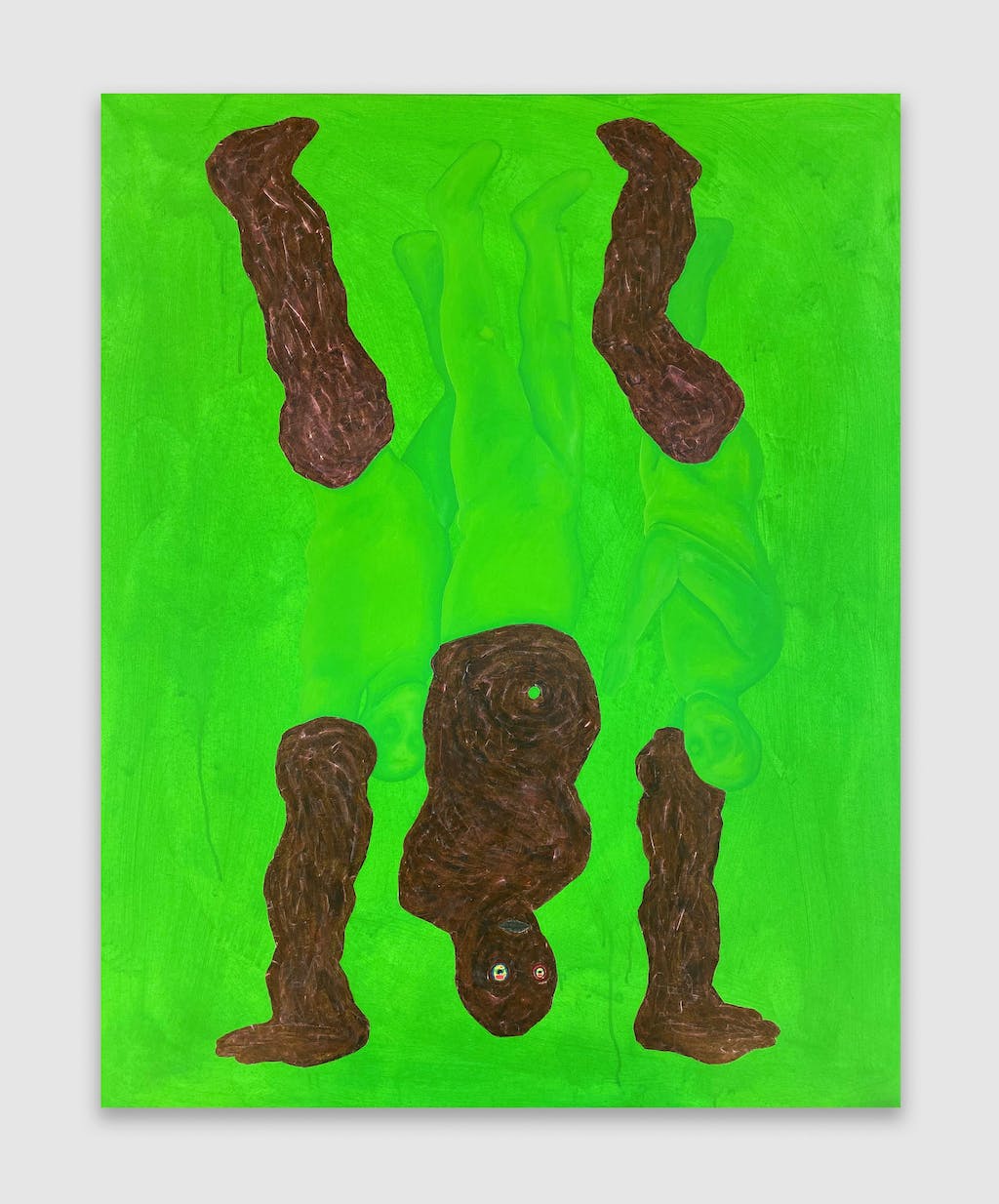 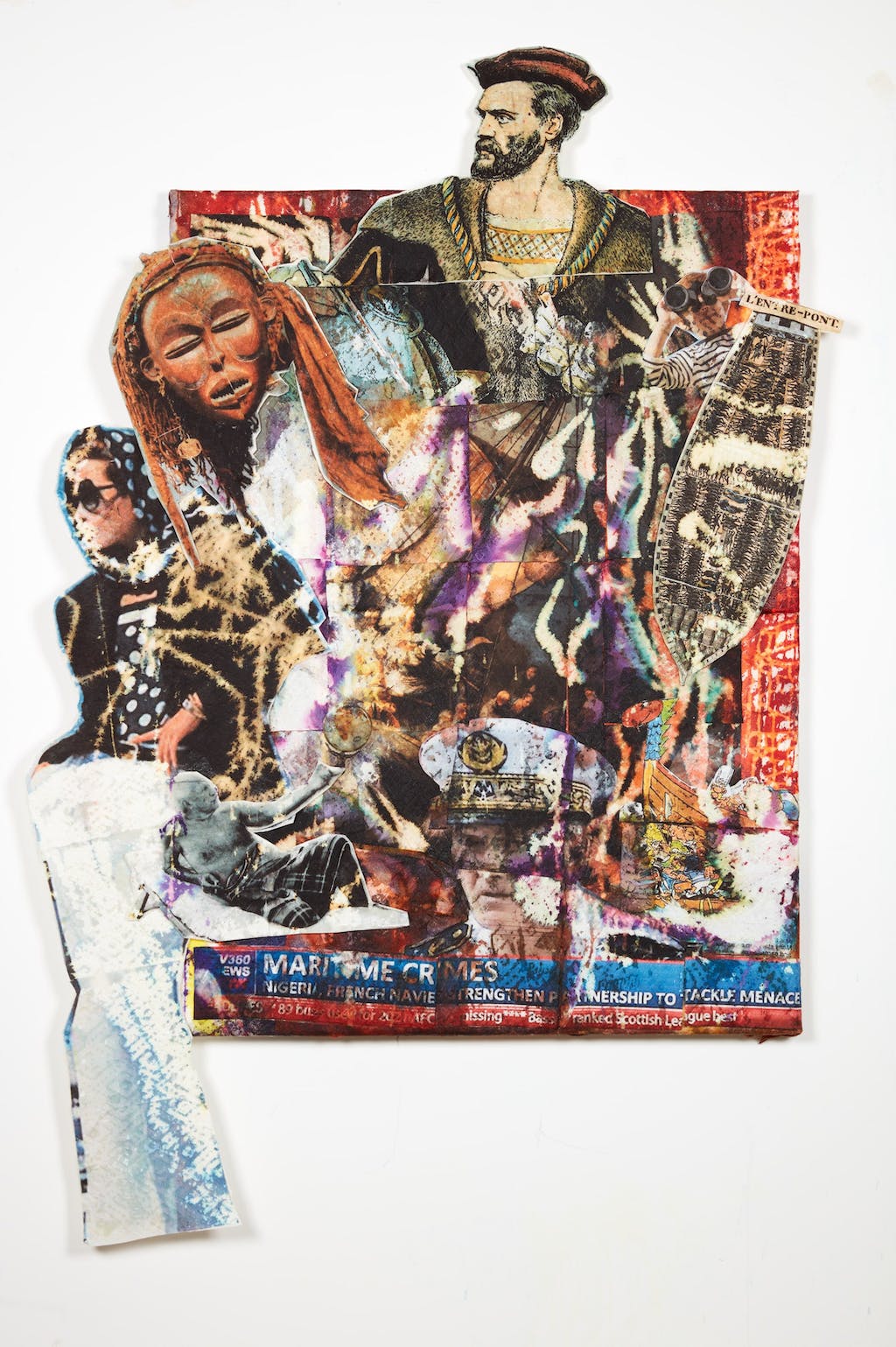 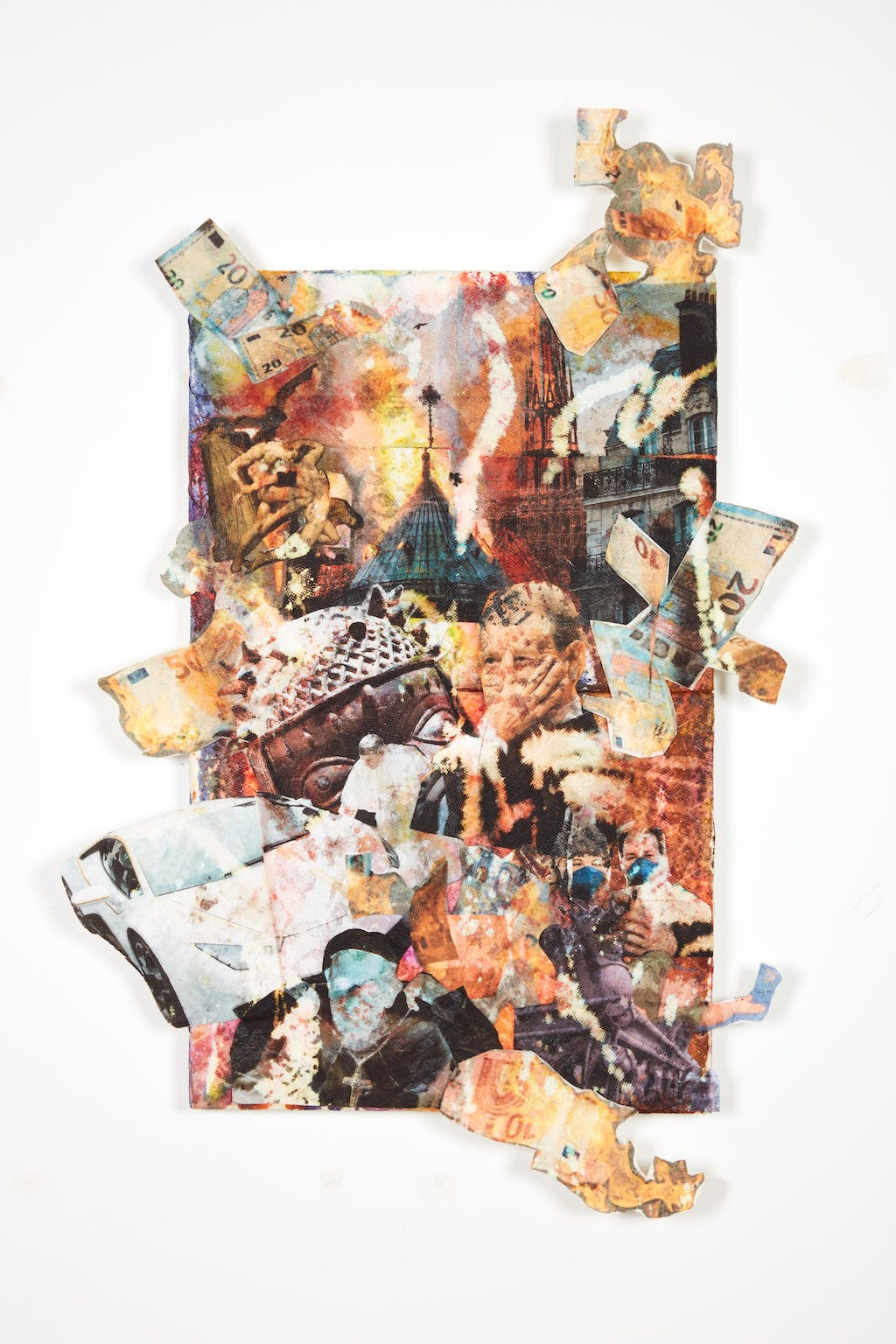 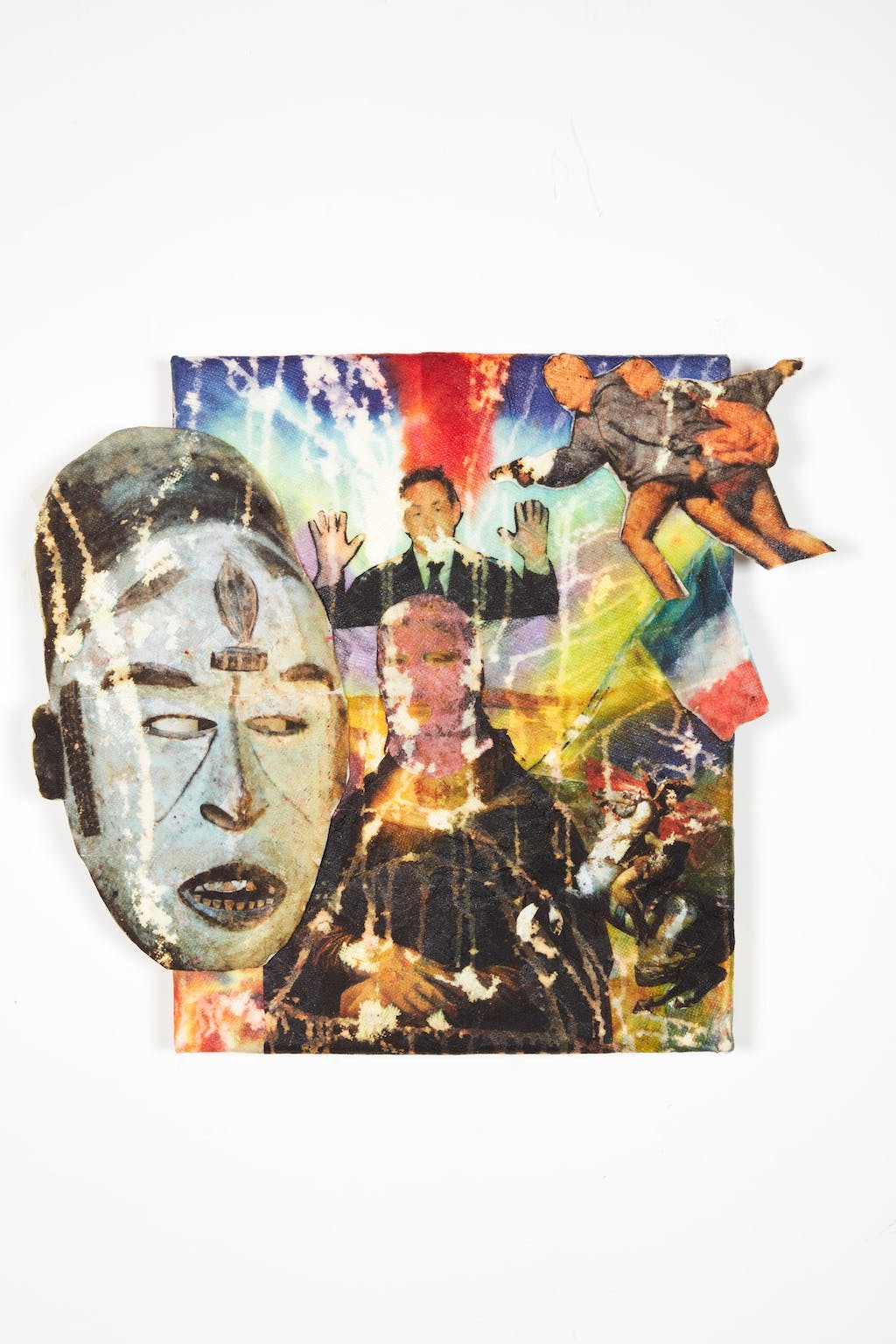 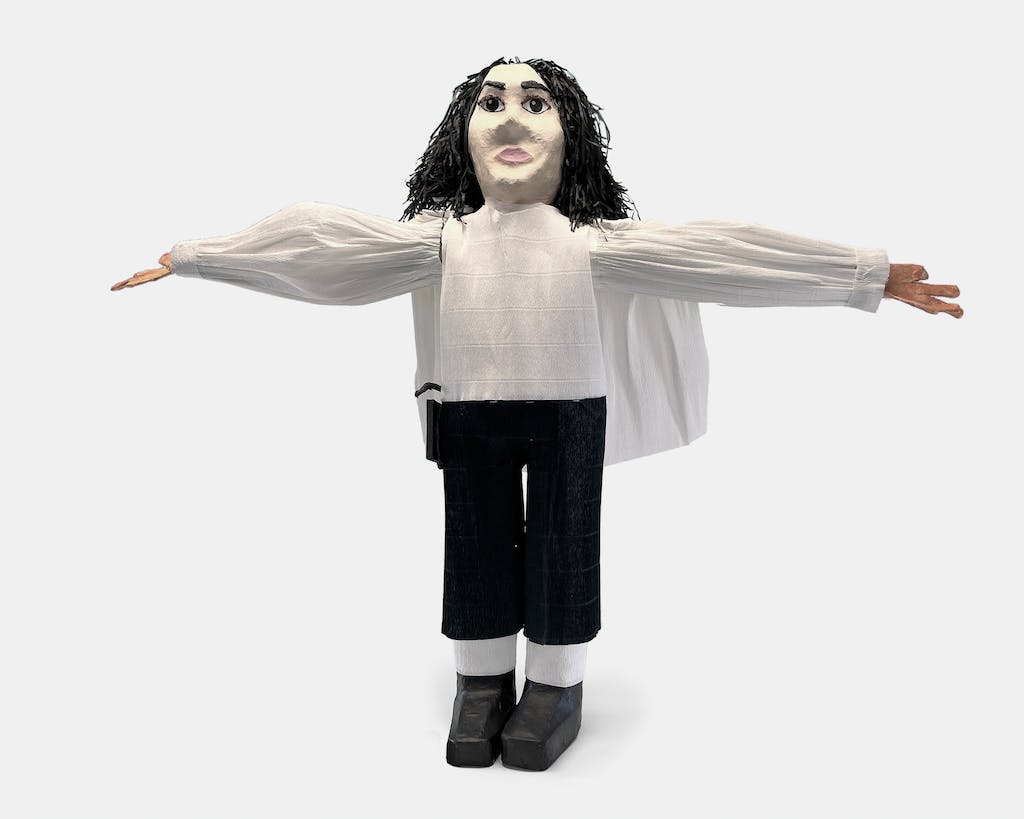 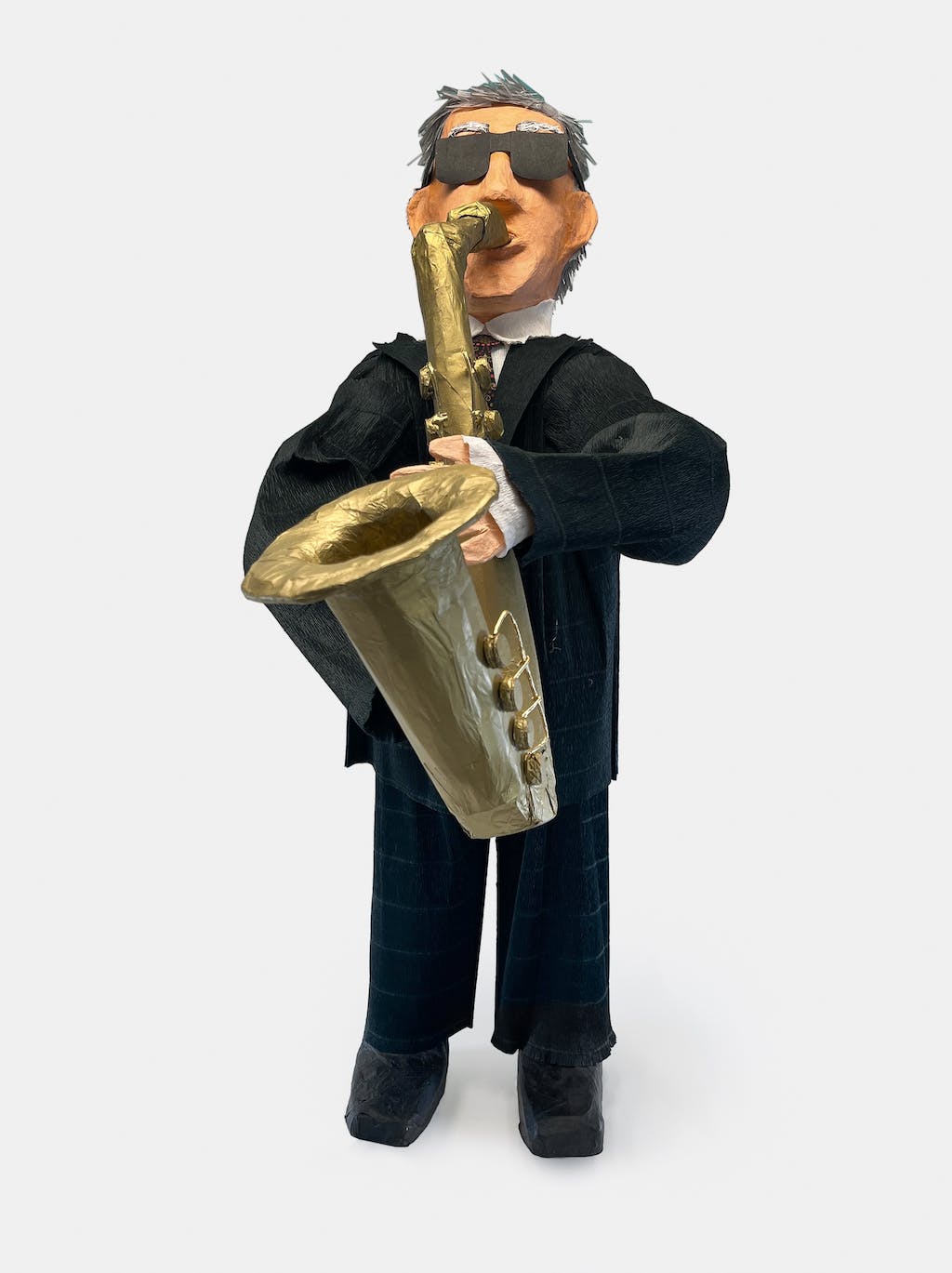 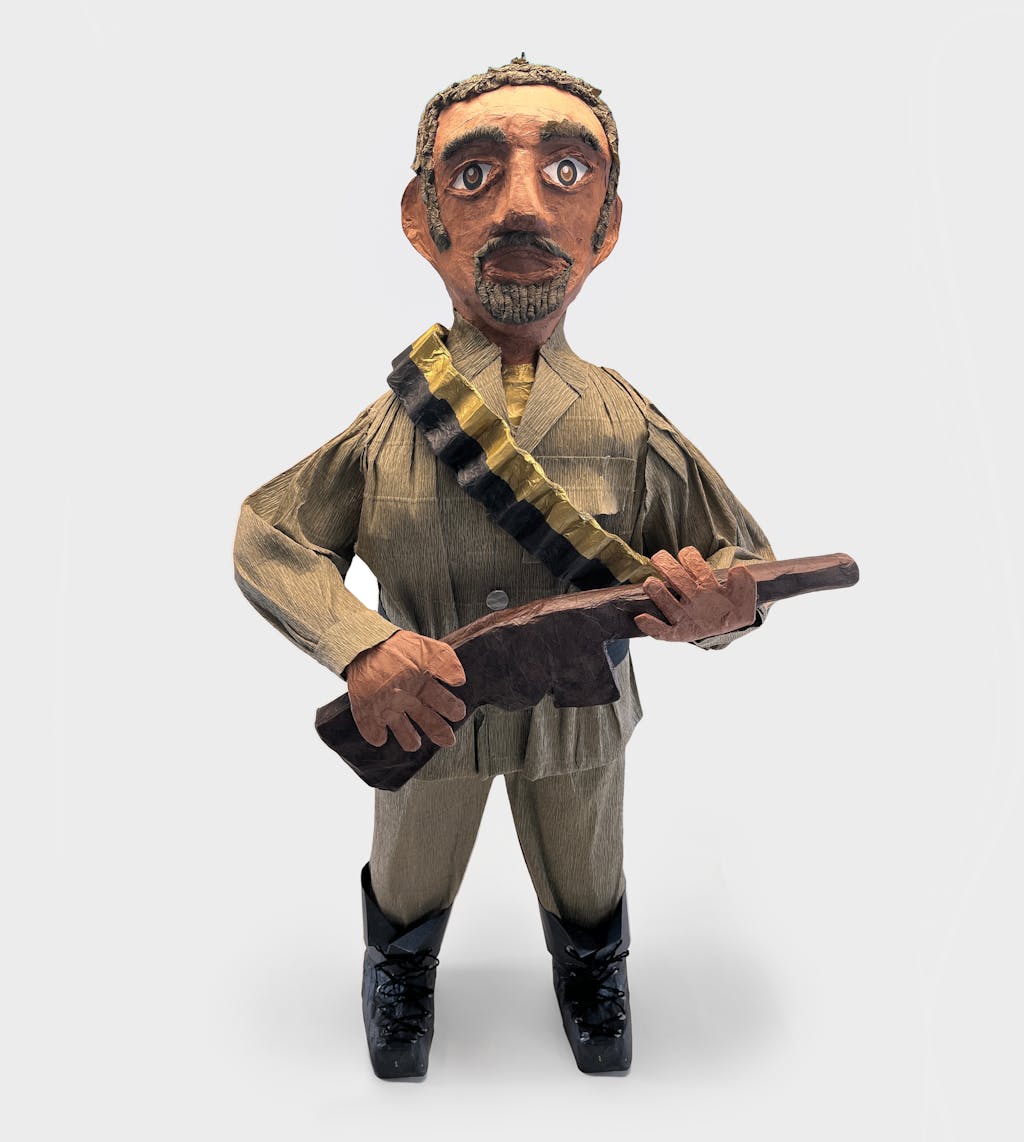 Monsieur Zohore
What You Mean You People 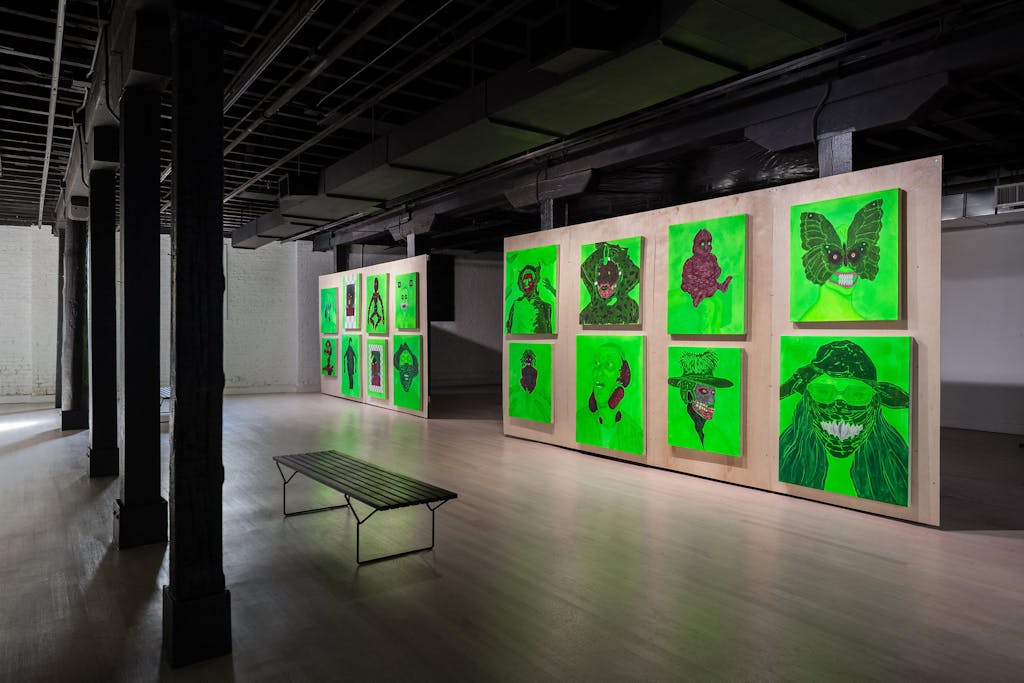 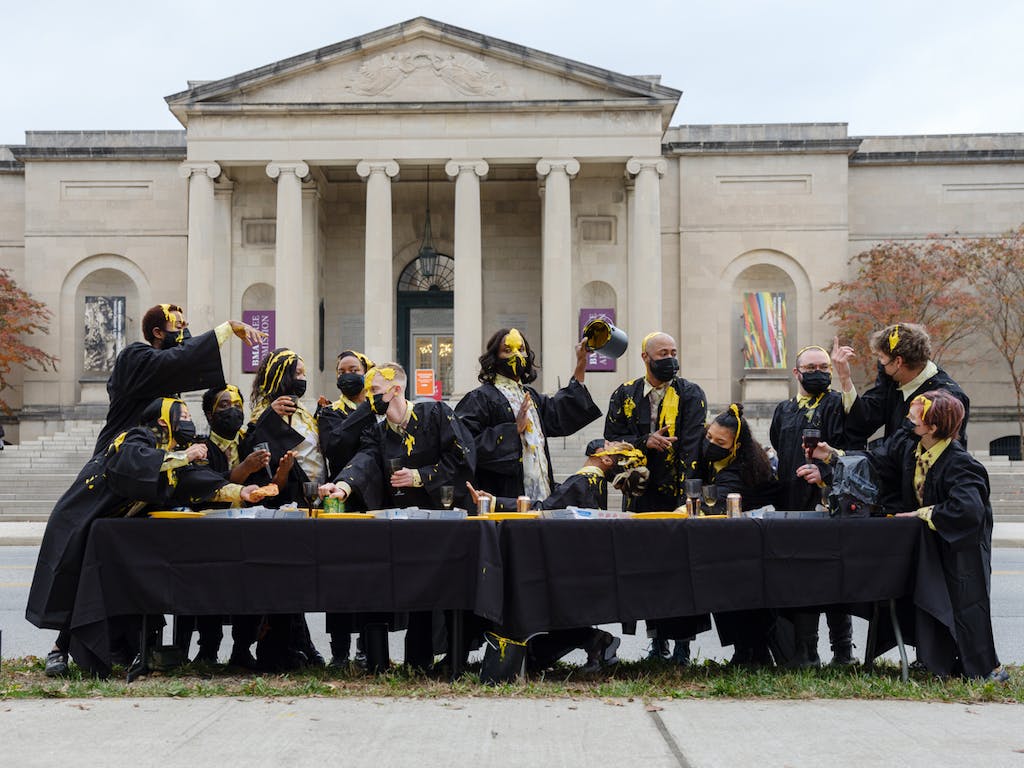