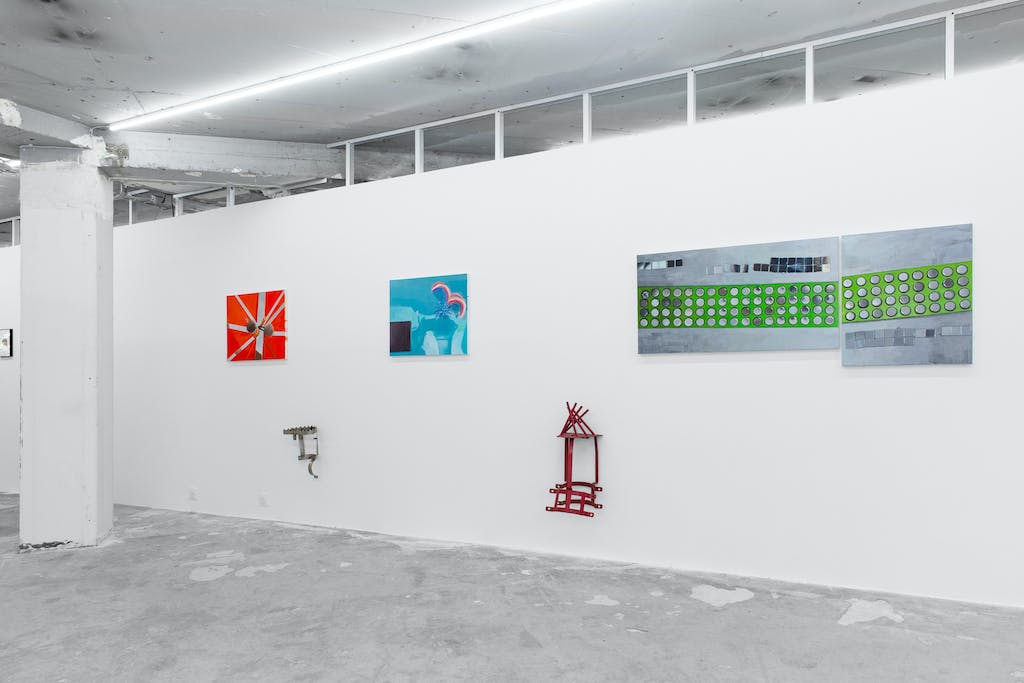 Theta was founded in 2021 by Jordan Barse in a sub-level space in the New York City neighborhood of Tribeca. The gallery is dedicated to showcasing emerging and re-emerging artists and presenting exhibitions that formulate unique blends of ingenuity, criticality and beauty.

David L. Johnson (b. 1993) makes work attuned to the streets of New York City, pinpointing moments of slippage between public and private property. His practice utilizes photography, video, found and stolen objects, and installation to consider the politics, histories, aesthetics and forms of use that produce contemporary urban space.

For PI, Johnson presents new works from his Loiter series (2020-ongoing) of removed hostile architectures. Throughout New York City streets, standpipes, or inactive fire connections, jut out from building bases like unofficial seating. Though the standpipes themselves are standardized, it is up to the discretion of building owners (after whom Johnson’s pieces are parenthetically named) to retrofit custom spikes, or not, to prevent the use of their surfaces for loitering. These varietal spikes are material forms of surveillance that target people seek- ing temporary respite or shelter, people participating in informal economies, or simply workers on a lunch break. Mounted to the wall at the heights of their past lives’ installations, Johnson’s sculptural act is the deinstallation of these spikes. Leaving the standpipes bare once more, the Loiter works exist simultaneous- ly inside the white cube and scattered across public space, inviting resurgent forms of city life. 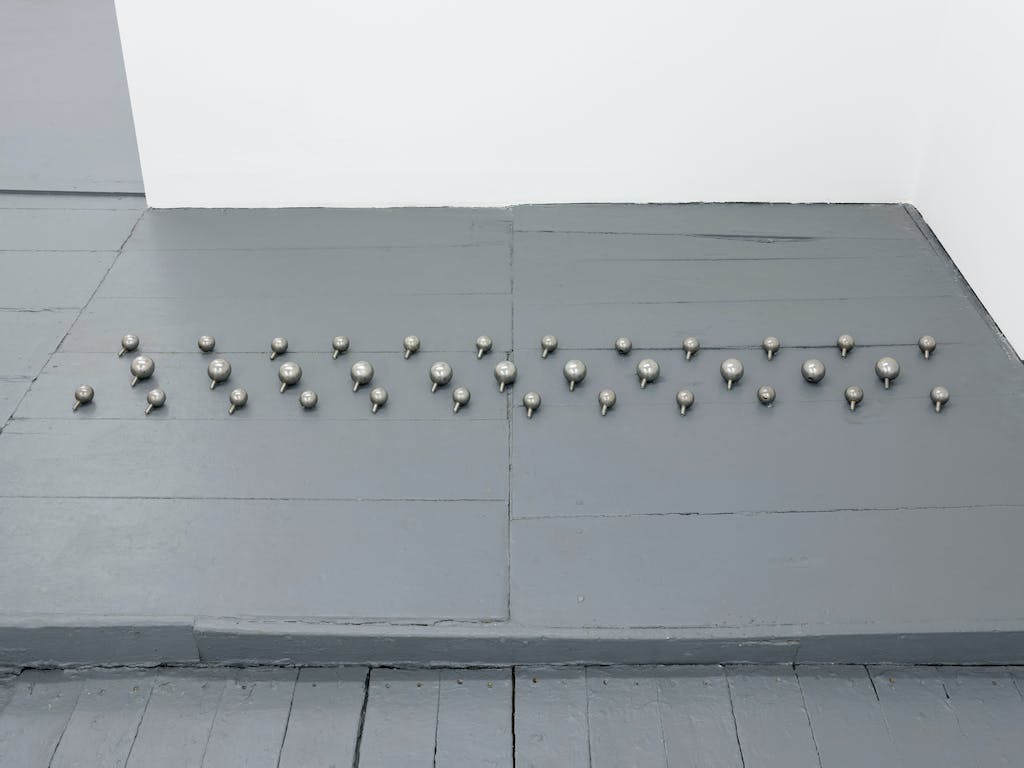 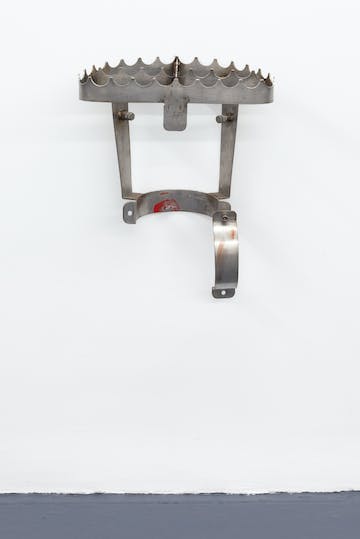 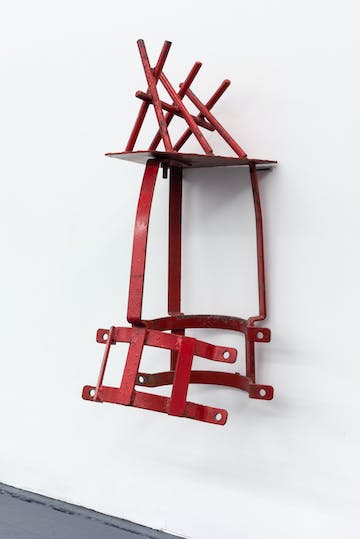 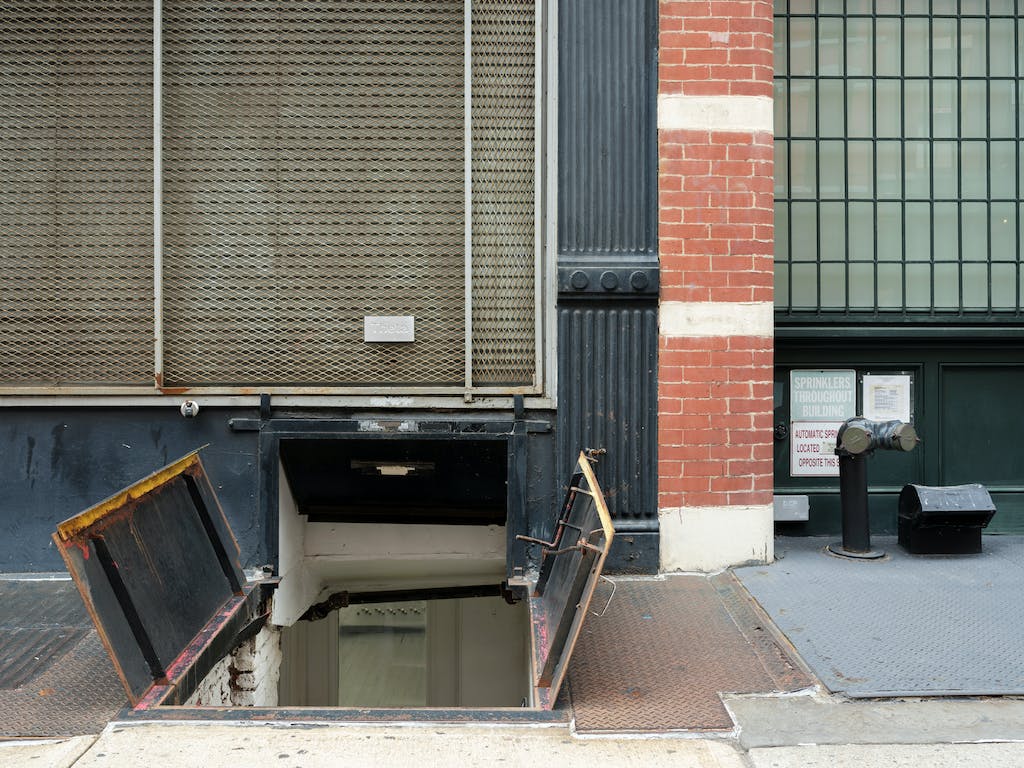 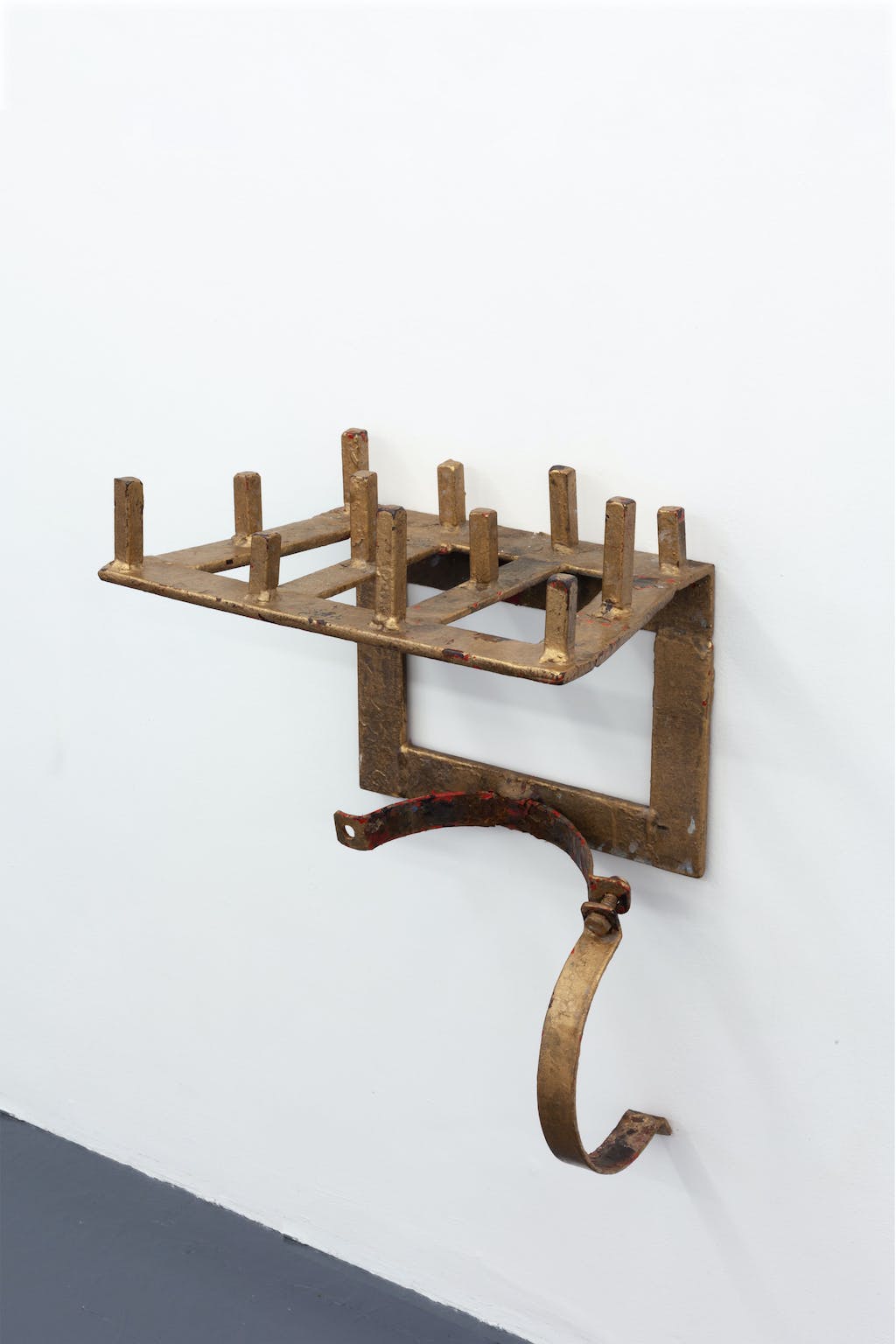 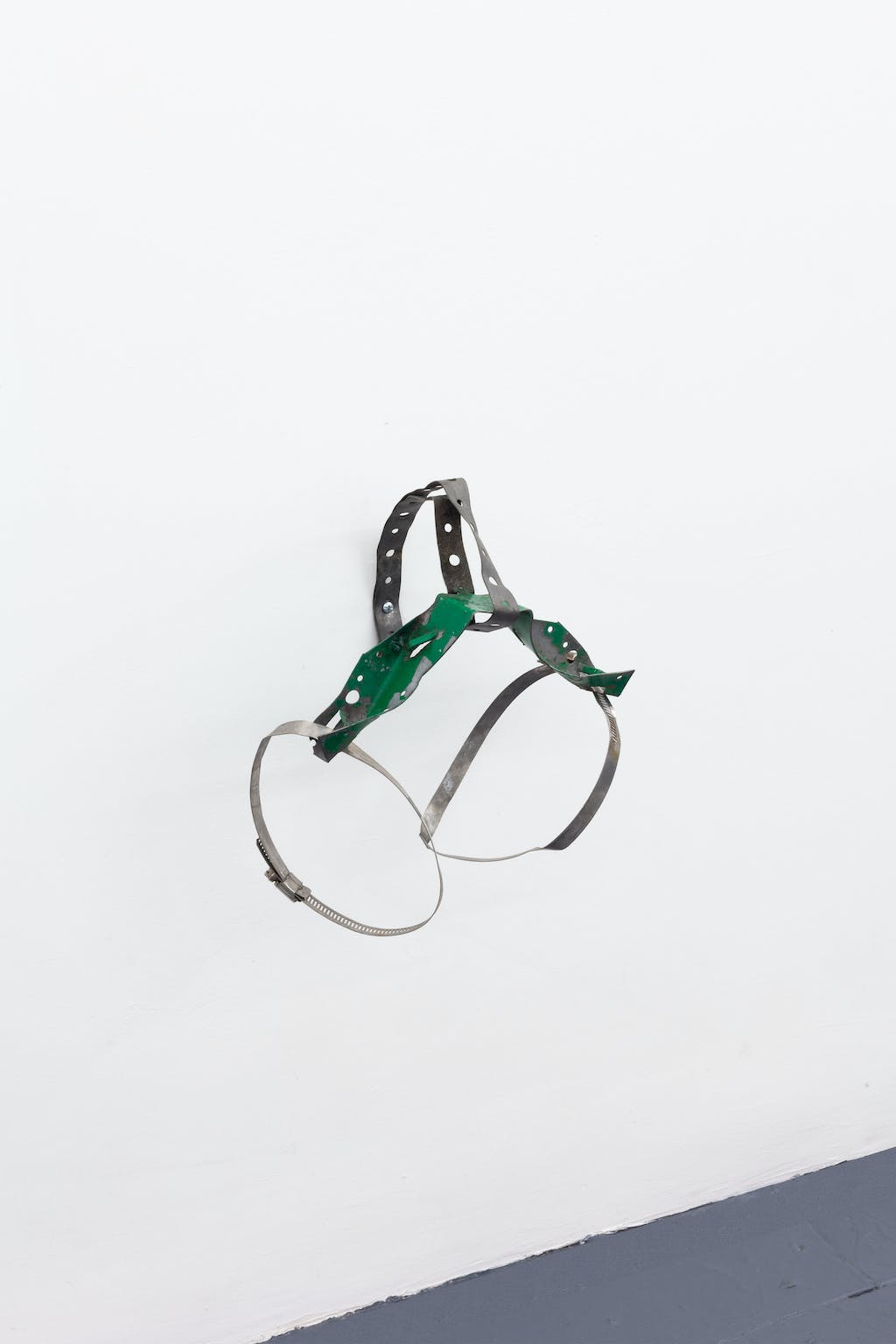 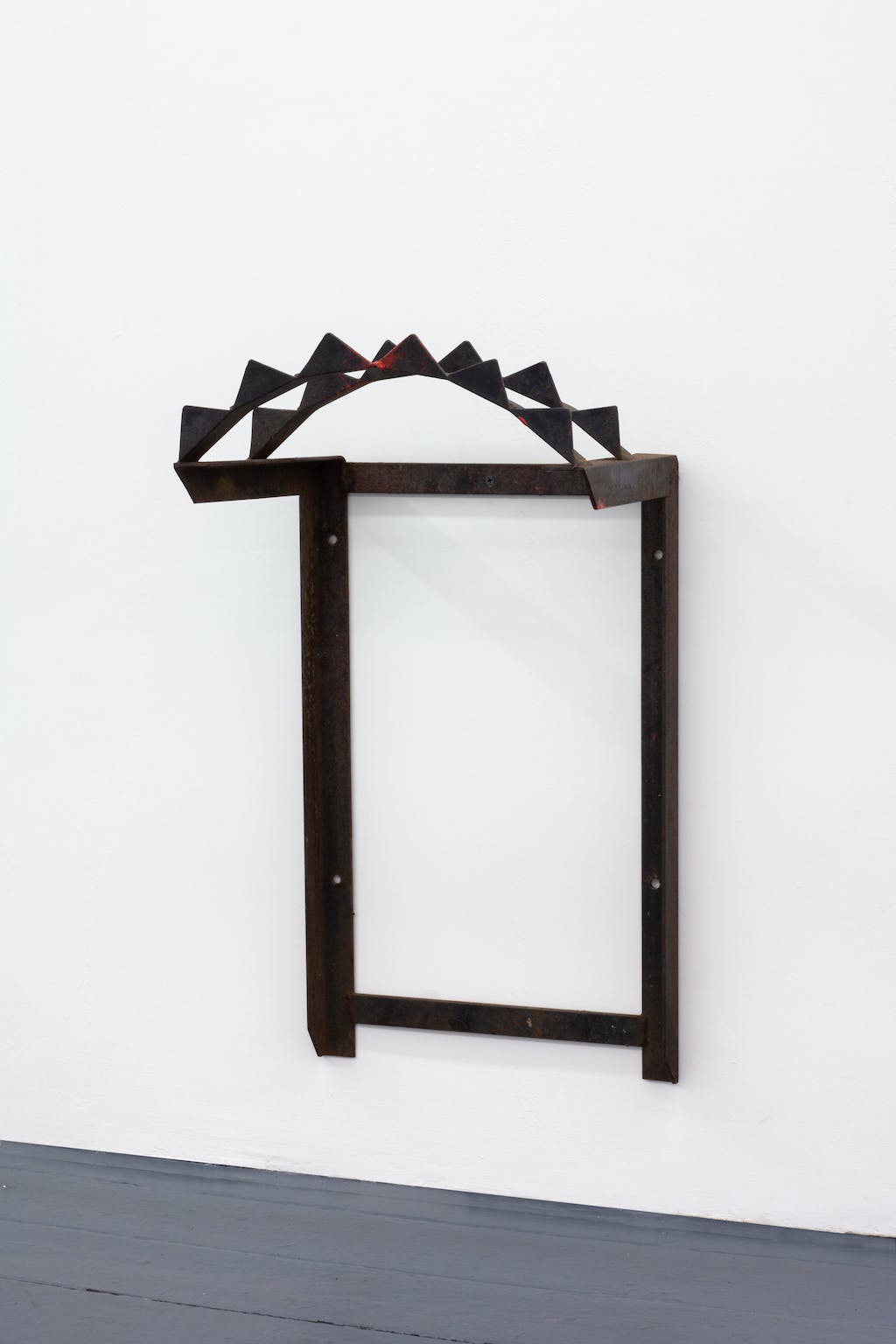 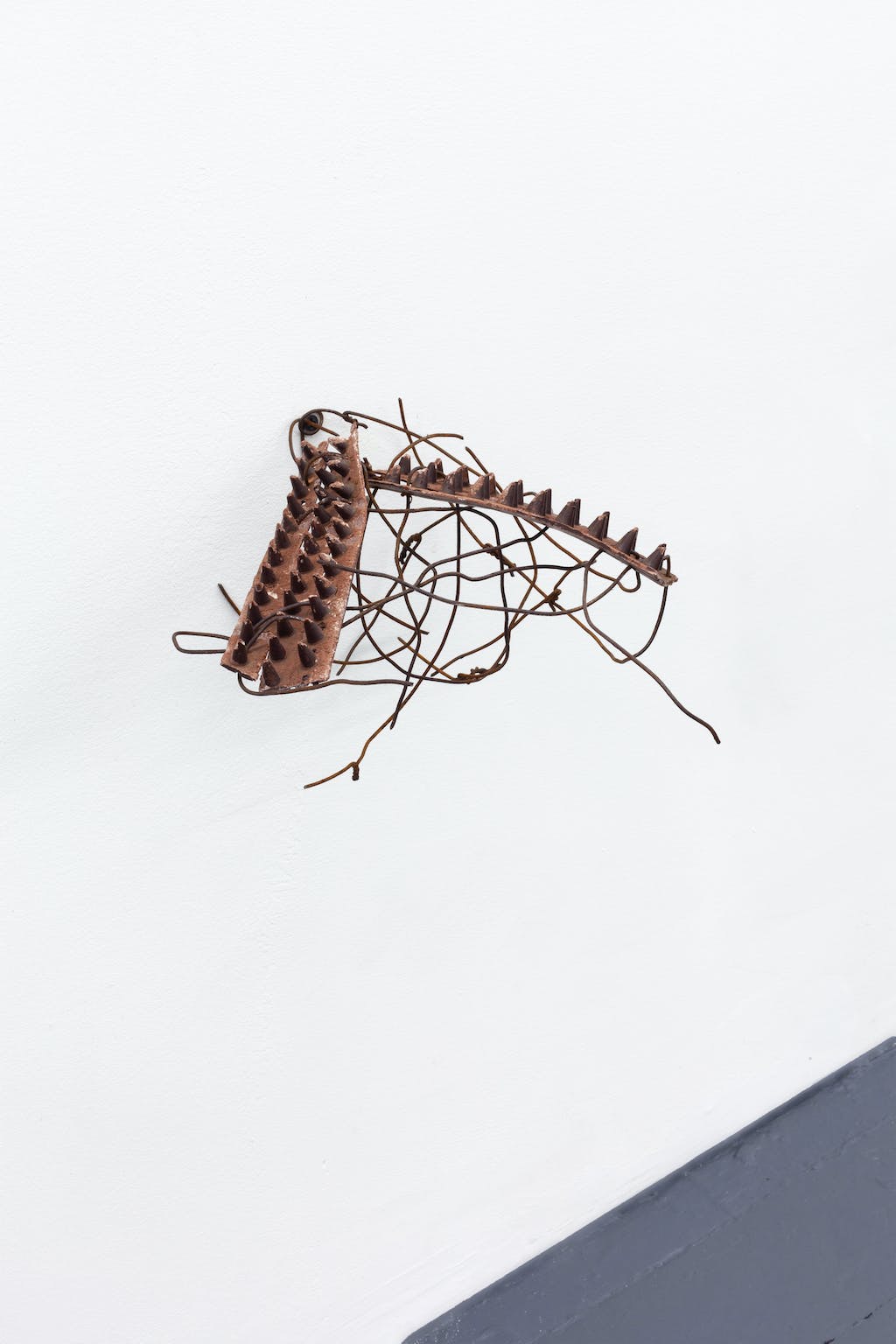 Kelsey Isaacs (b. 1994) paints from photographs of scenes she has staged and spotlit. Translated into oil on linen, plastic rhinestones and tinseled fragments of gimcrack miscellany are assembled on glossy grounds that often reveal the process of their making.

Isaacs’s use of photography to mediate her scenes expands the conventions of still life painting and articulates the self-reflexive qualities of her composition-making. One set-up might give way to multiple frames; one angle might reflect unique artifacts, collapsing the rippled context of methodology and the room they’re photographed into the plane of the painting. Isaacs does not seek to build narratives in her work, but a logic of dimensionality. Her paintings refer back to one another, expressing a formal architecture in the language of trompe l’oeil that almost approaches abstraction. 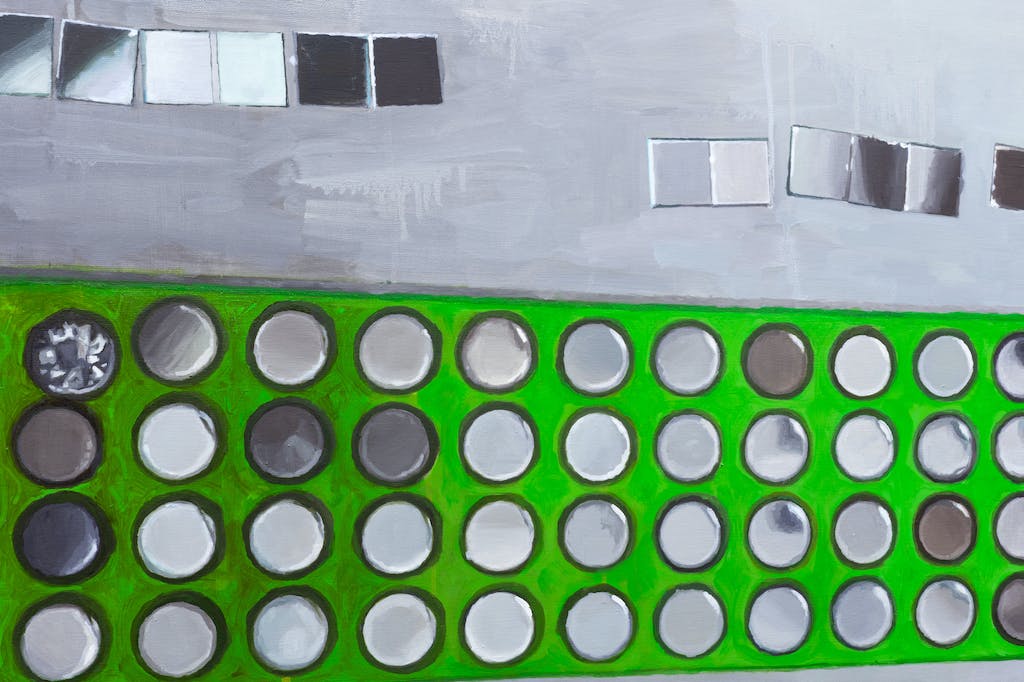 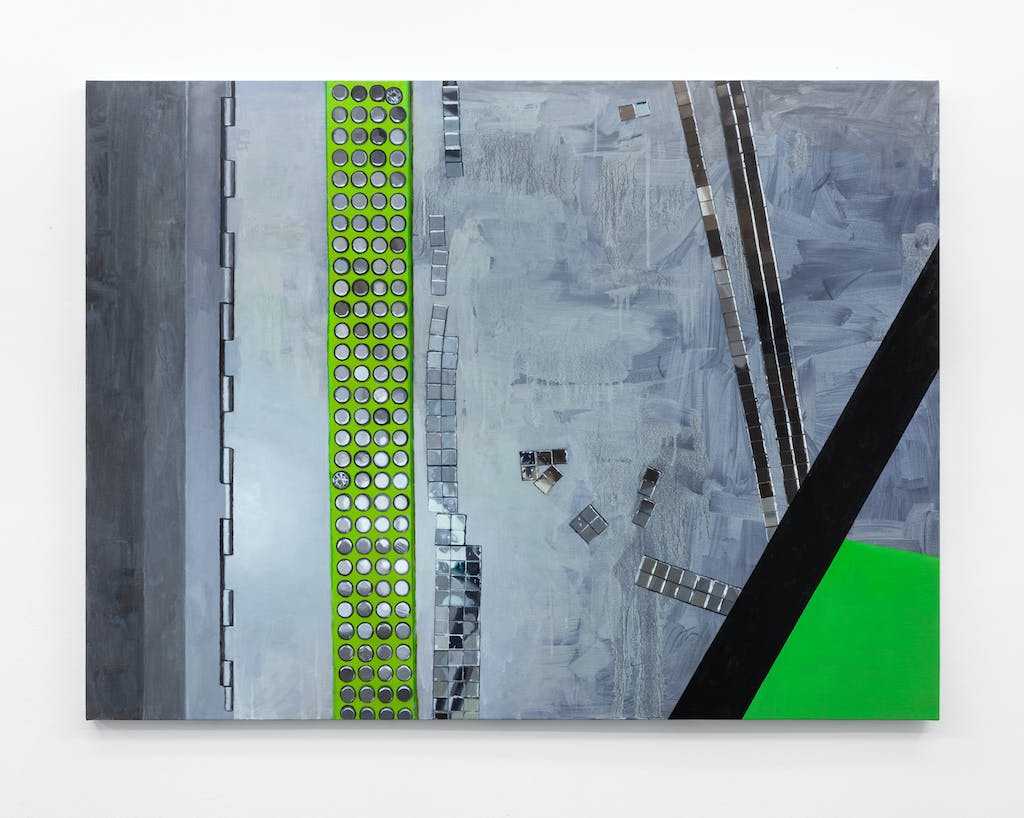 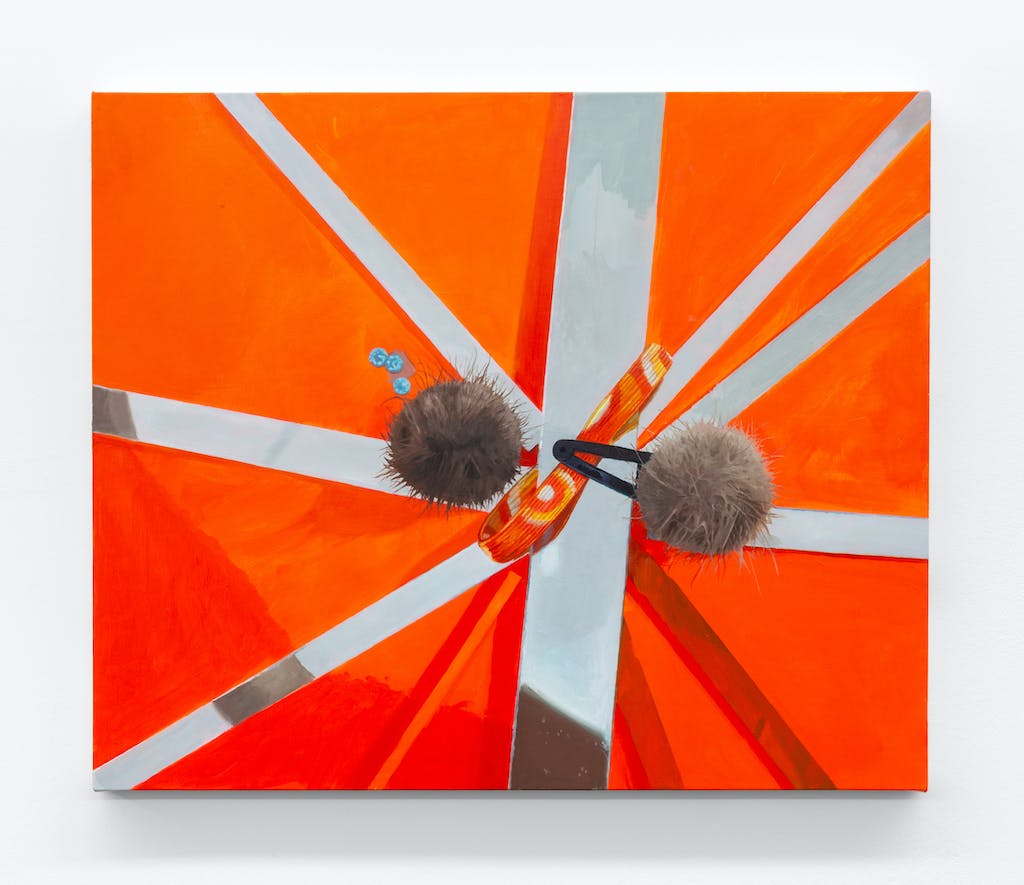 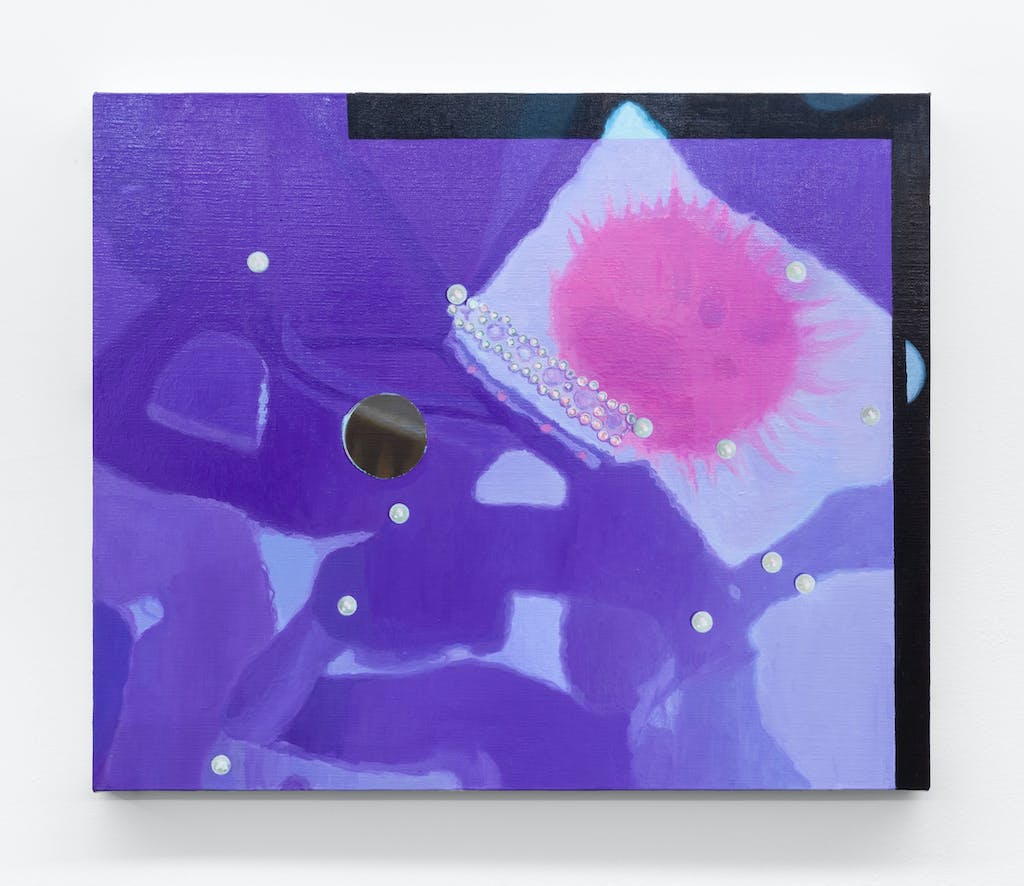 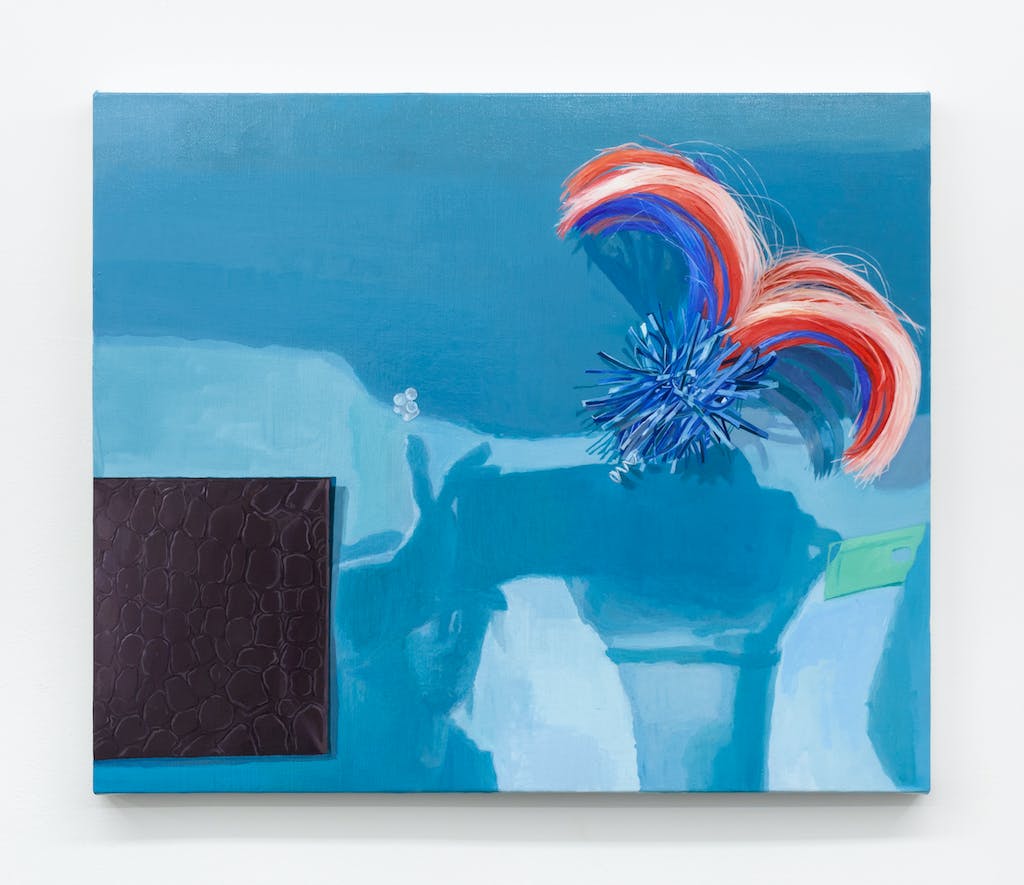