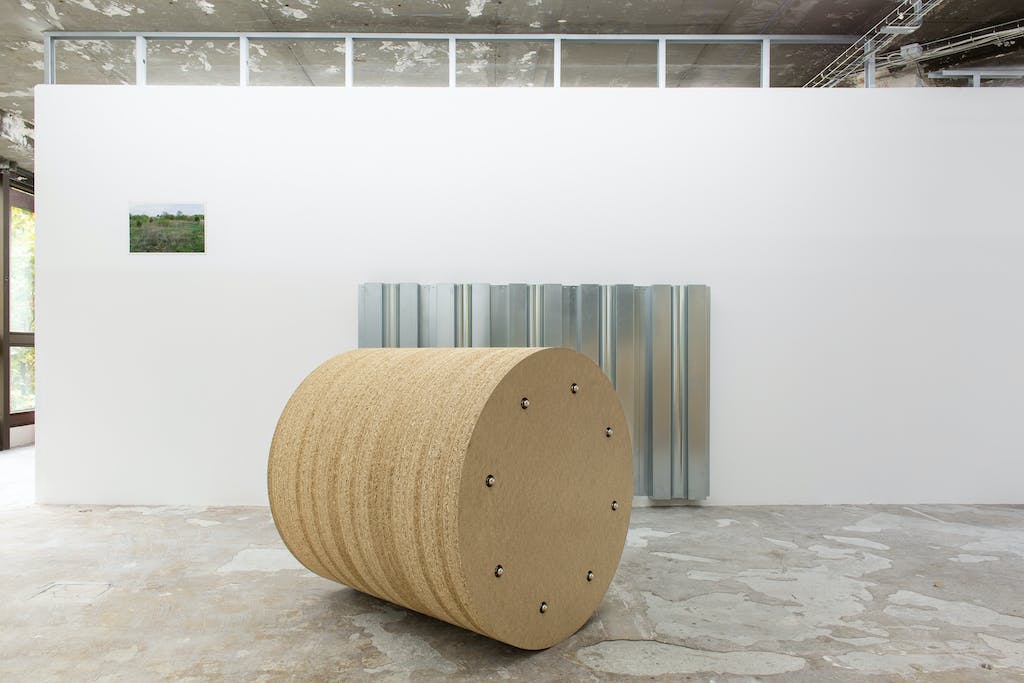 Founded by Alessio Baldissera, Gloria de Risi and Alberto Zenere, Fanta-MLN firstly opened as a project space in 2015 in a former warehouse under the railway system in Milan, and became a gallery in October 2018. Exploring a variety of artistic visions and media, the gallery’s program focuses on Italian and international emerging artists, alternating solo exhibitions with curated group shows. A particular interest is given to artists whose practice investigates our contemporaneity and the systems that regulate it, questioning more or less explicitly their linearity and normativity. 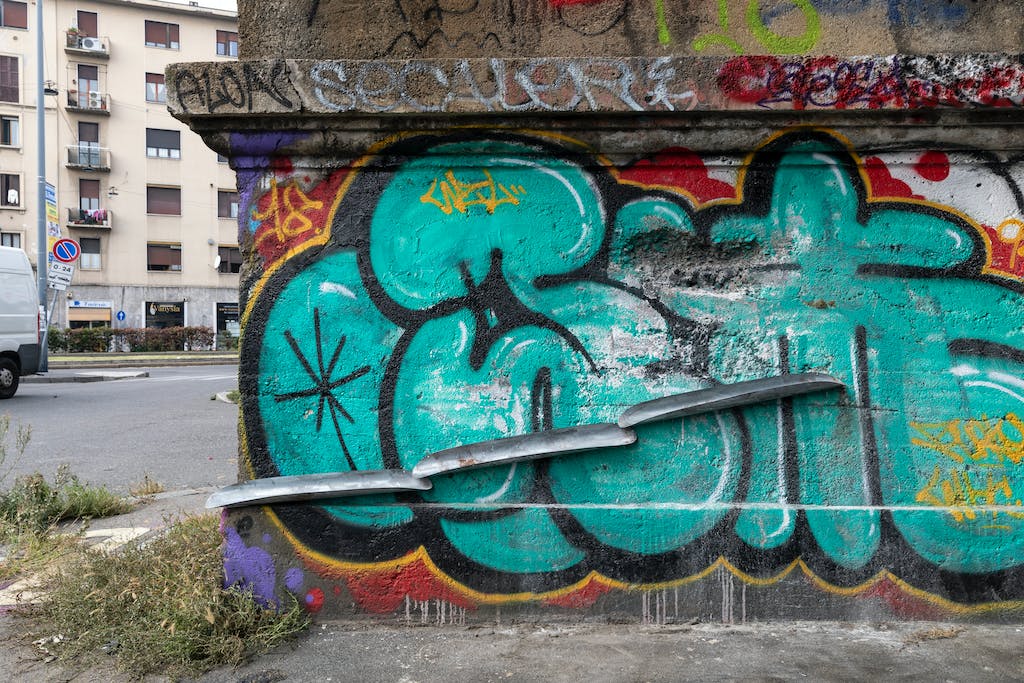 Alessandro Agudio grew up in Taccona, a hamlet in the town of Muggiò. Twenty-five years ago, Alessandro’s parents bought an apartment in a complex of buildings called Residence Acquario. The writer has never visited Taccona; but Alessandro’s stories depict a liminal landscape, an urbanized countryside like the one portrayed so often in the films of Italian neorealist cinema.

In the twenty-five years spent at the Residence Acquario, Alessandro’s family has built a domestic landscape in which they nurture habits characteristic of the petite bourgeoisie—for example, the mise-en-scène of furnishings and decorative objects as if those were acting in a tableau vivant. In Taccona there are few opportunities to get lost in a city crowd and experience the thrill of it. Walter Benjamin argued that, at the dawn of the Twentieth century, city dwellers found themselves becoming aware of a spectacle that was utterly new to them: the crowd; artists, in particular, took on the responsibility of inventing modes of representing those new urban masses. But, studying those mises-en-scène in the apartment at the Residence Acquario, it would seem that Alessandro’s family members have remained strangers to the shock caused by the encounter with the city crowd. Those family members seek the thrill in the self’s interiority and, by metonymic extension, in the interiors that the self inhabits. They crowd their home and get lost in it—among objects just as Benjamin’s subjects do among passers-by; instead of basking in stolen glances, Benjaminian loves at “last sight,” they delight in picturesque micro-narratives of which they are the only demiurges. Perched like blasphemous nativity scenes on the sideboards, on the windowsills, on the bedrooms’ shelves, the only shock that those mises-en-scène fear is dust—which, in fact, is never shocking. Among the city crowd, one has agoraphobia; among the objects at Alessandro’s home, claustrophobia.

Located on the third floor, Alessandro’s family apartment has two large balconies; and the balconies are accessed through large French windows. Through the balconies and the French windows, the domestic landscape and the surrounding one become contiguous. The hay bales that populate the fields around the Residence Acquario also participate in the tableaux vivants. In the eyes of Alessandro’s family, those bales gradually appear as platonic solids in a metaphysical painting; they lose the pungent odor as well as the memory of the harvest as a pagan ritual; for Alessandro, they lose the shadows—shadows that had been the places of his first refuges, his first kisses, his first cigarettes. In the films of Italian neorealist cinema, the countryside on the edge of the city is always the scenario where the “residue” is released, or the surplus of life that the modernist form of the recently built city cannot contain: the regazzini always run from the city towards the countryside, the Polizziotesque chases also follow the same trajectory, the amorous whispers—“Bruno, Bruno, oh my Bruno!”—fly over there.

The hay bale’s sculptural rendition is equal to the reification of the surplus of life that one pursues in places at the city’s edge. It is similar to the power of the petite-bourgeois gaze which, extraneous to the shock of the urban masses, heals the contradictions of the surrounding landscape by domesticating them in the mise-en-scène. The artist who seeks modes of representing the Italian province embraces that gaze and pushes it to short circuit. He recognizes that in the domestic tableau vivant there is a surplus of life: the micro-narration is fantastic, evasive; but that surplus is, at the same time, an extreme form of ennui—or, at worst, a pathological drift. He recognizes that the countryside beyond the French windows is not boundless; that on the horizon lies the factory, the freeway, the city—the other city. Finally, he recognizes that it is no longer possible to discover the province with child’s eyes; his gaze is dialectical because he appropriates, and that he makes an instrument, the feeling of love-and-hate that accompanies every memory of one’s birthplace.

In the year during which—no: not the forced collapse of the inner self with the internal space of private homes— in the year during which the Italian alternative culture remembers the break-up of the CCCP – Fedeli alla linea, the landscape staged in this exhibition invites us to re-examine an expression made proverbial by one of the band’s lyrics: the poetic image of the “paranoid province.” Listening to Alessandro’s stories, it seems that in Taccona the paranoia is palpable. It seems, however, that it is always easy to say that paranoia is palpable throughout the whole Italian province. It seems that much of the Italian landscape, which is indeed a boundless urbanized countryside, is steeped in paranoia. However, if one looks backward—from the city, through the freeway, the wheat fields, the balconies, the French windows—one finds herself once again inside the domestic landscape. And there one is reminded that, after all, it is the family— the patriarchal structure reflected in the organization of spaces and daily activities—which, to paraphrase Sigmund Freud, irremediably fucks the unconscious of the three-year-old child. 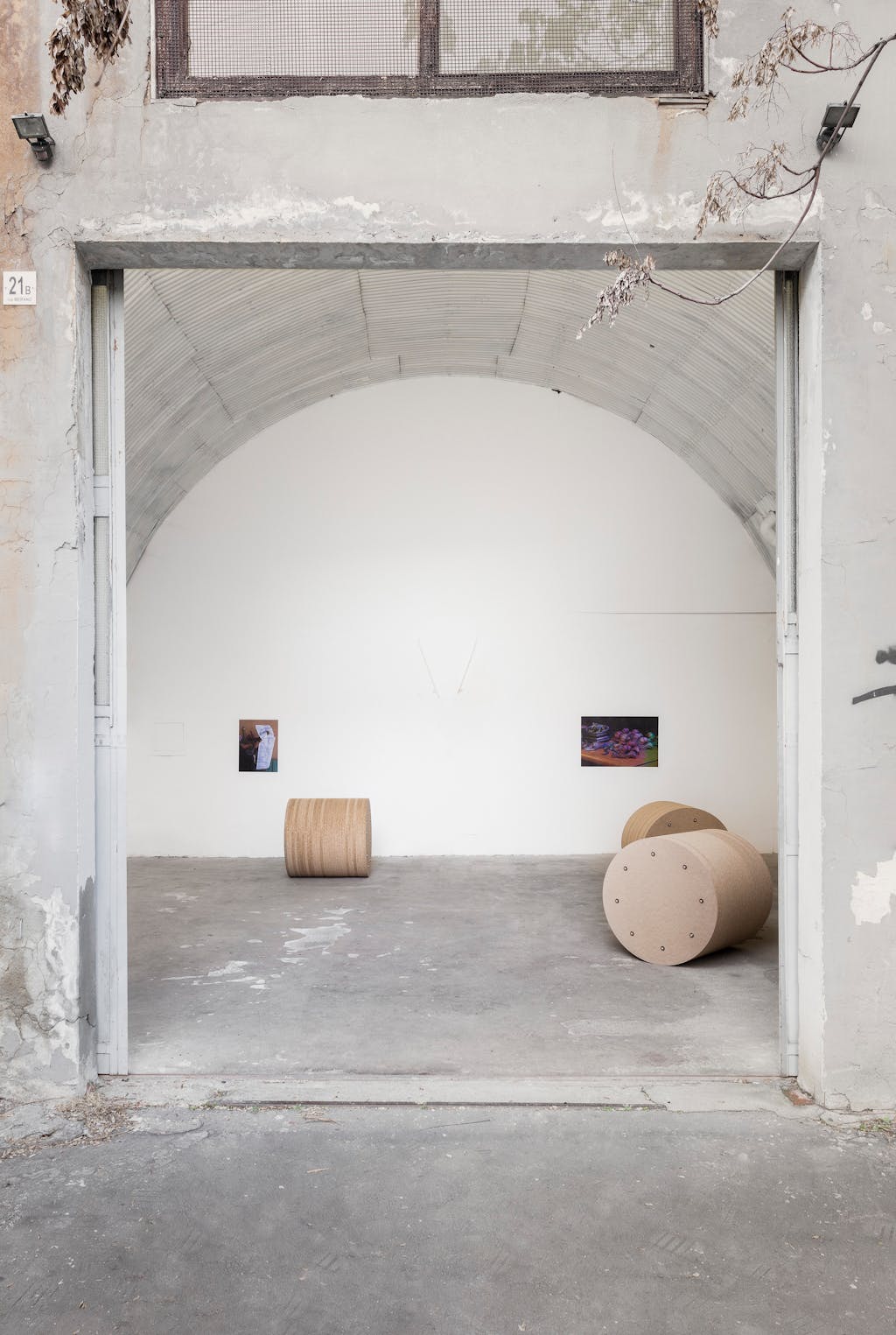 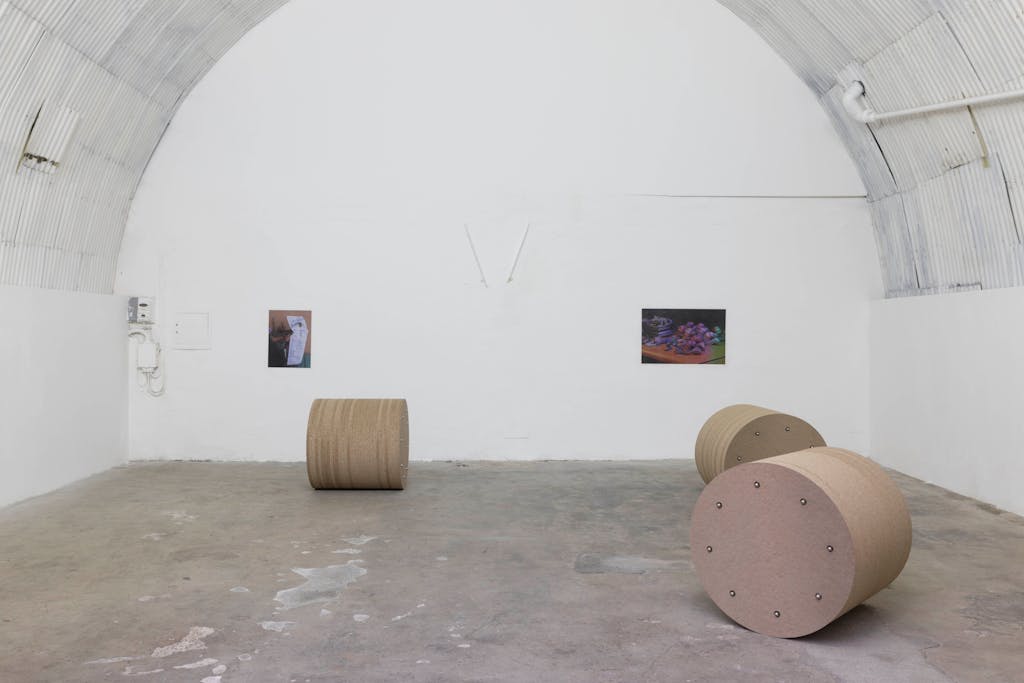 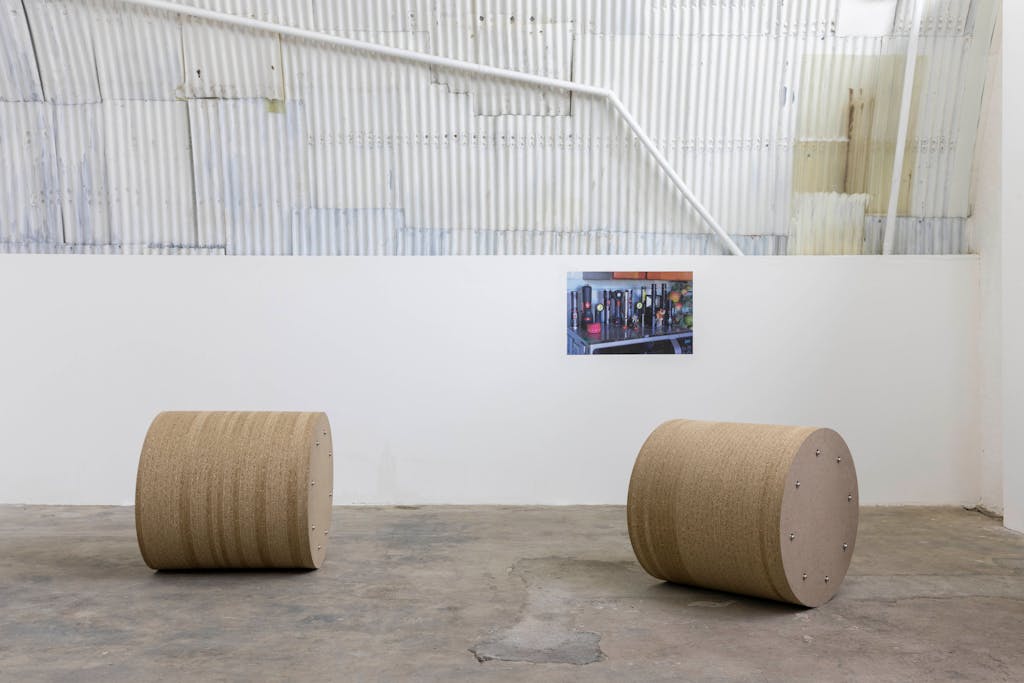 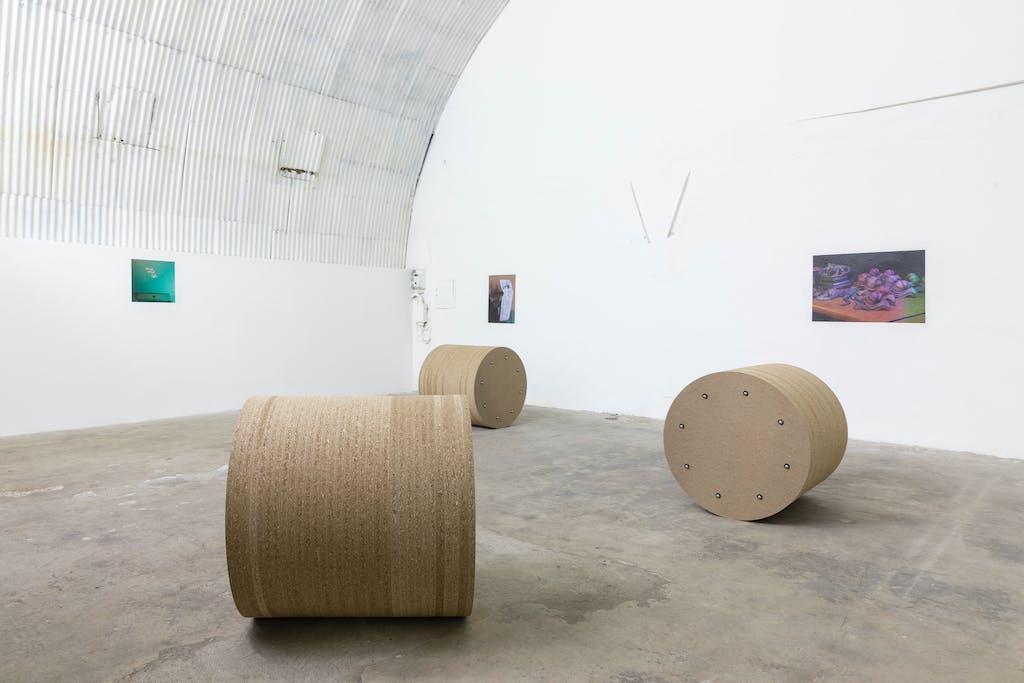 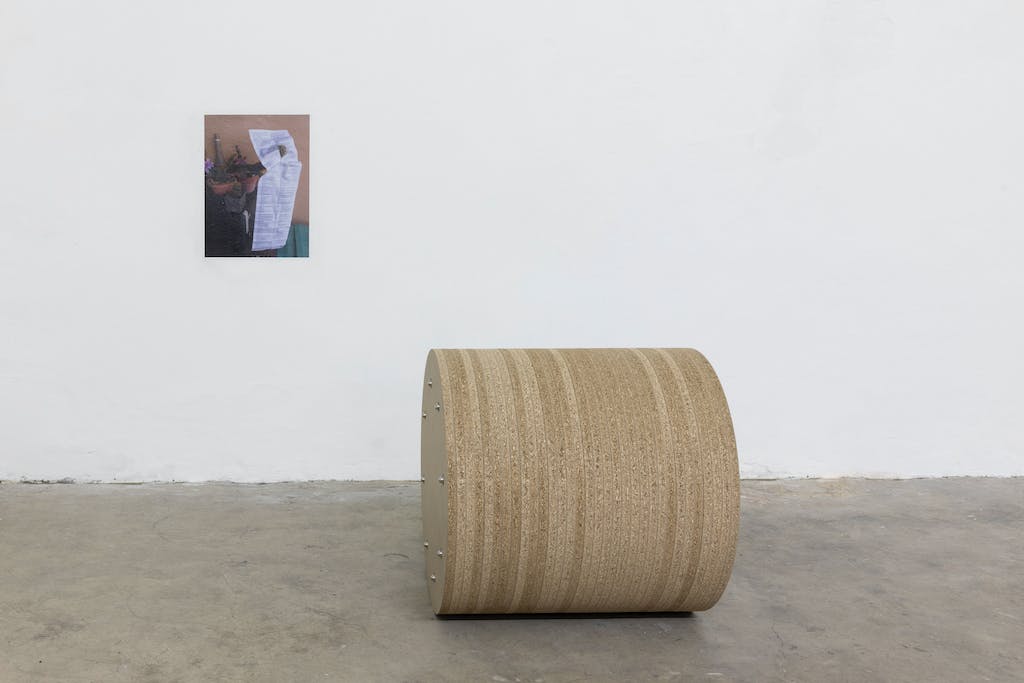 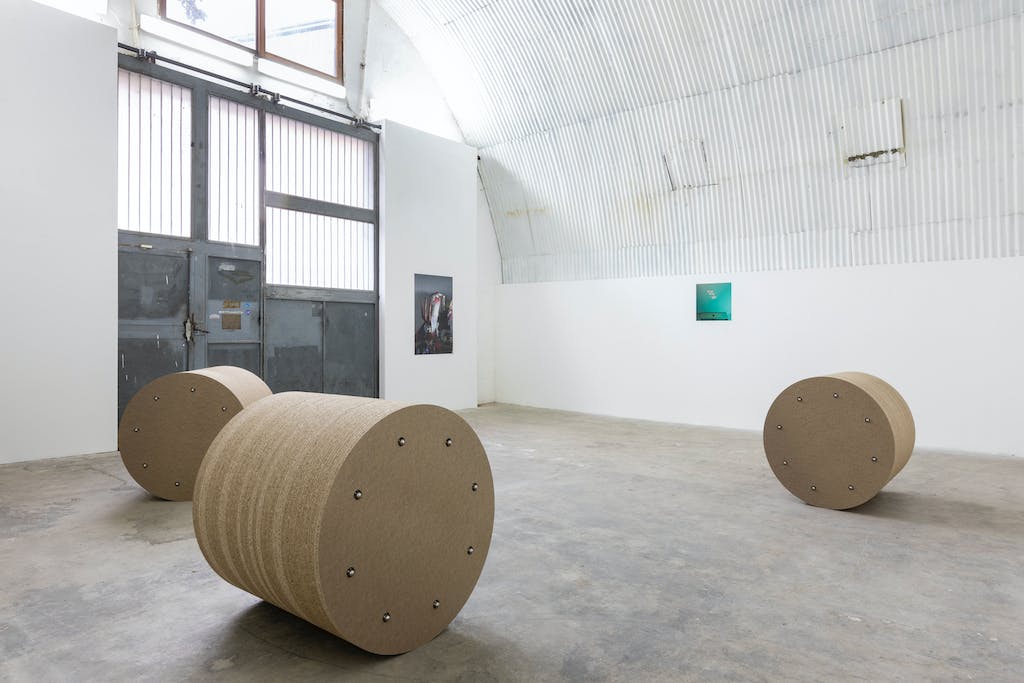 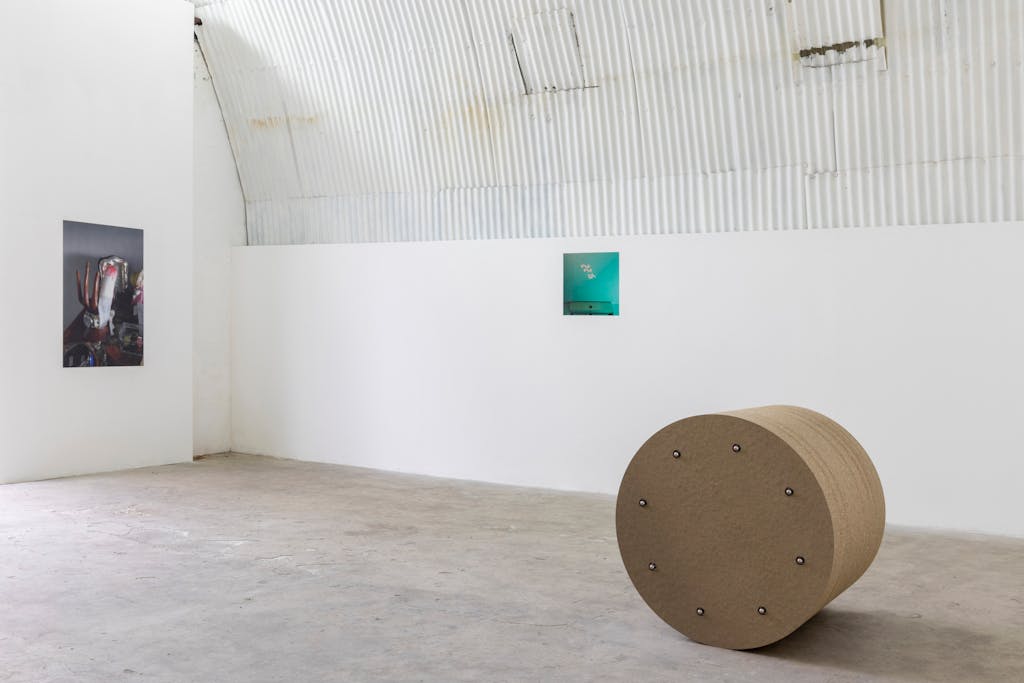