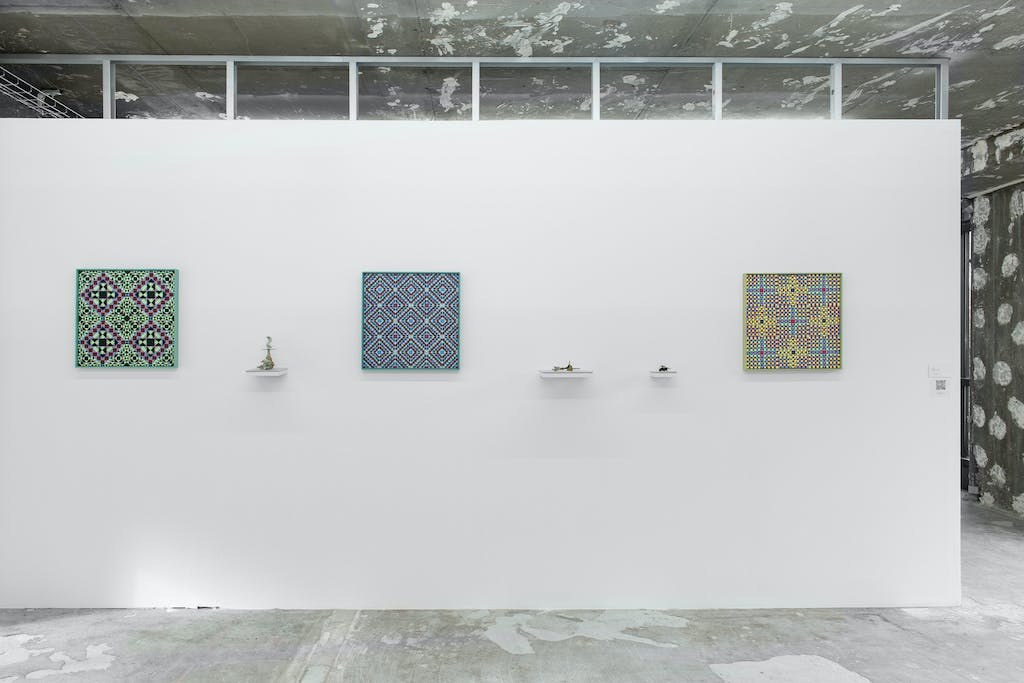 Bureau is a contemporary art gallery based in New York’s Lower East Side. Established in 2010 by Gabrielle Giattino, Bureau represents a close-knit group of artists from emerging to established, many of whom are featured in prominent international exhibitions, biennials and represented in numerous public collections. This is the gallery’s second time participating in Paris Internationale in person, after debuting in 2019 and then in the online version in 2020.

Bureau is pleased to present two longstanding artists of the gallery, Matt Hoyt and Julia Rommel. Each will have an autonomous presentation on facing walls.

Hoyt will show a suite of grid-patterned paintings alongside recent small sculptures. Hoyt’s handmade objects conjure subjective and unpredictable associations and have a captivating intimacy. The strange and fascinating objects suggest many forms, from variously tinted spikes, spheres and many as-yet unnamed shapes from an imagined future or alternate past. His painting practice is grounded in geometry, pattern and order, however the works bear the delicate traces of imperfection from the artist’s hand.

Rommel will present three new paintings in shades of blue. One powerful, vertical work revisits Rommel’s formative dark monochrome paintings, in an inky, almost-black indigo. A horizontal work, banded with turquoise and lapis could suggest a seascape horizon. Each work bears the traces of multiple re-stretchings and foldings that have become Rommel’s signature style. The traces of construction are inscribed into each painting’s surface: the deep grooves and creases describe the complex history of each work’s making. 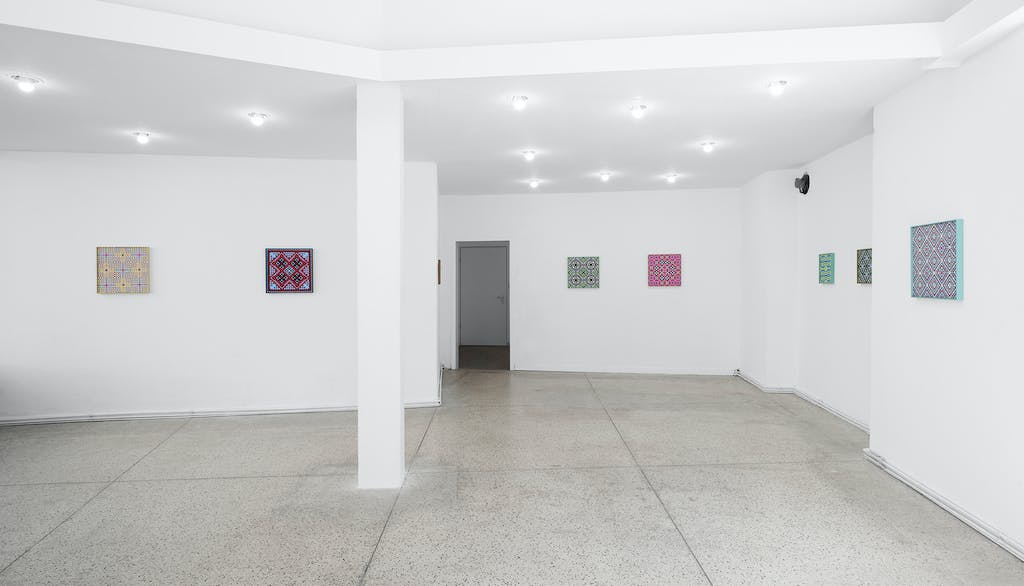 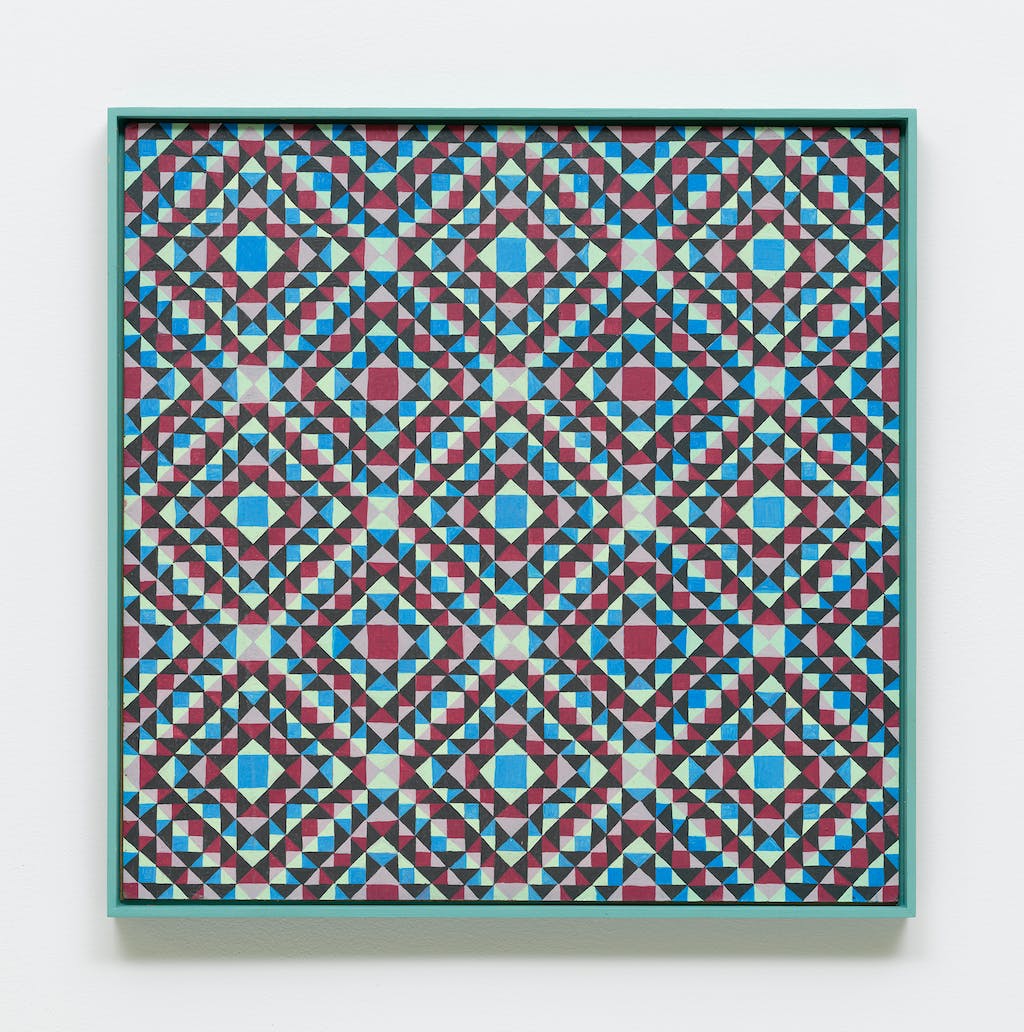 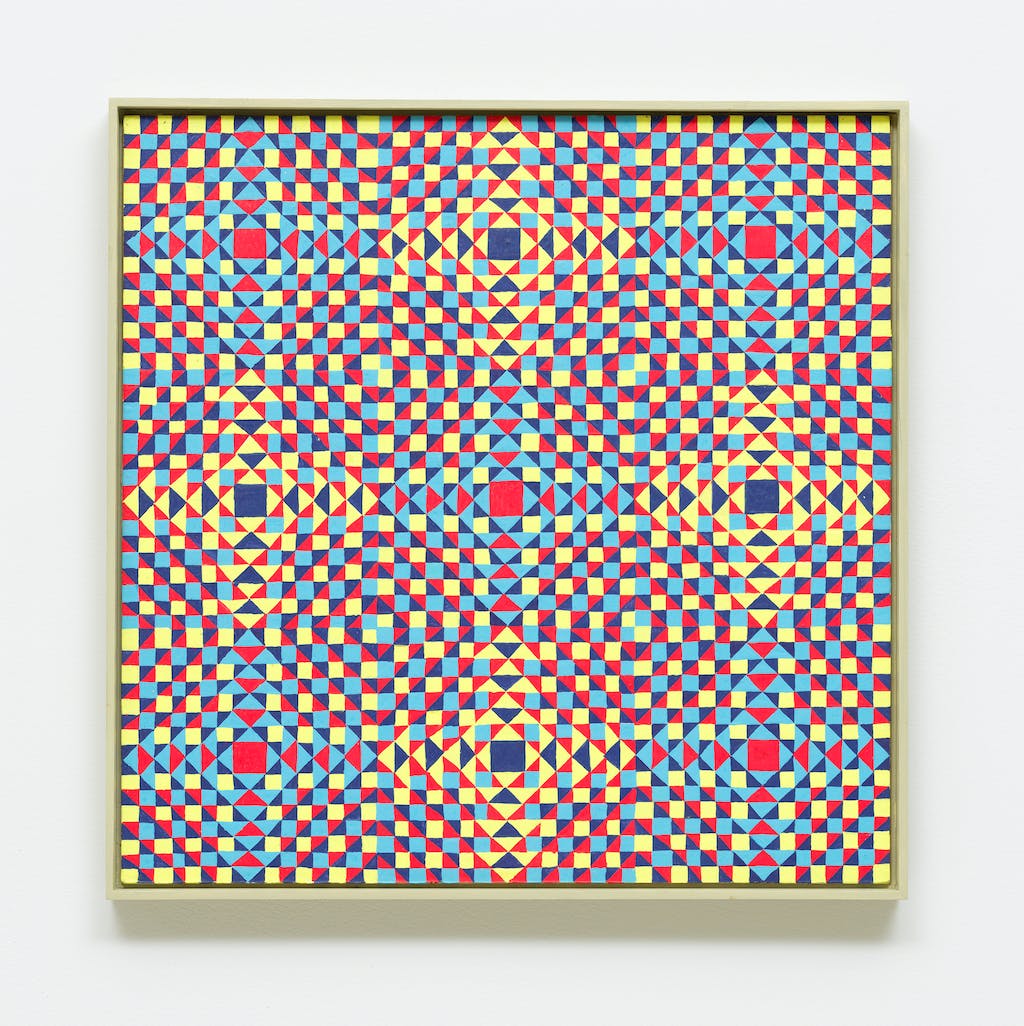 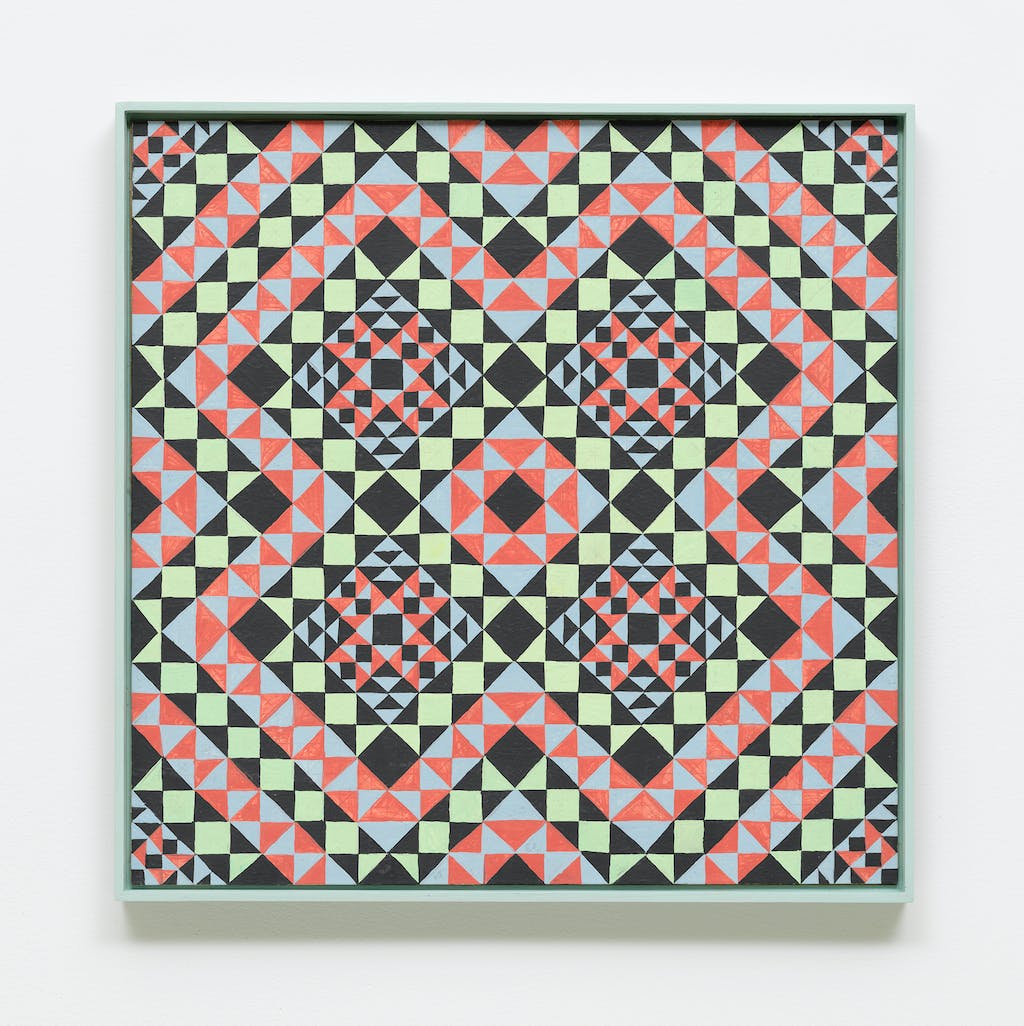 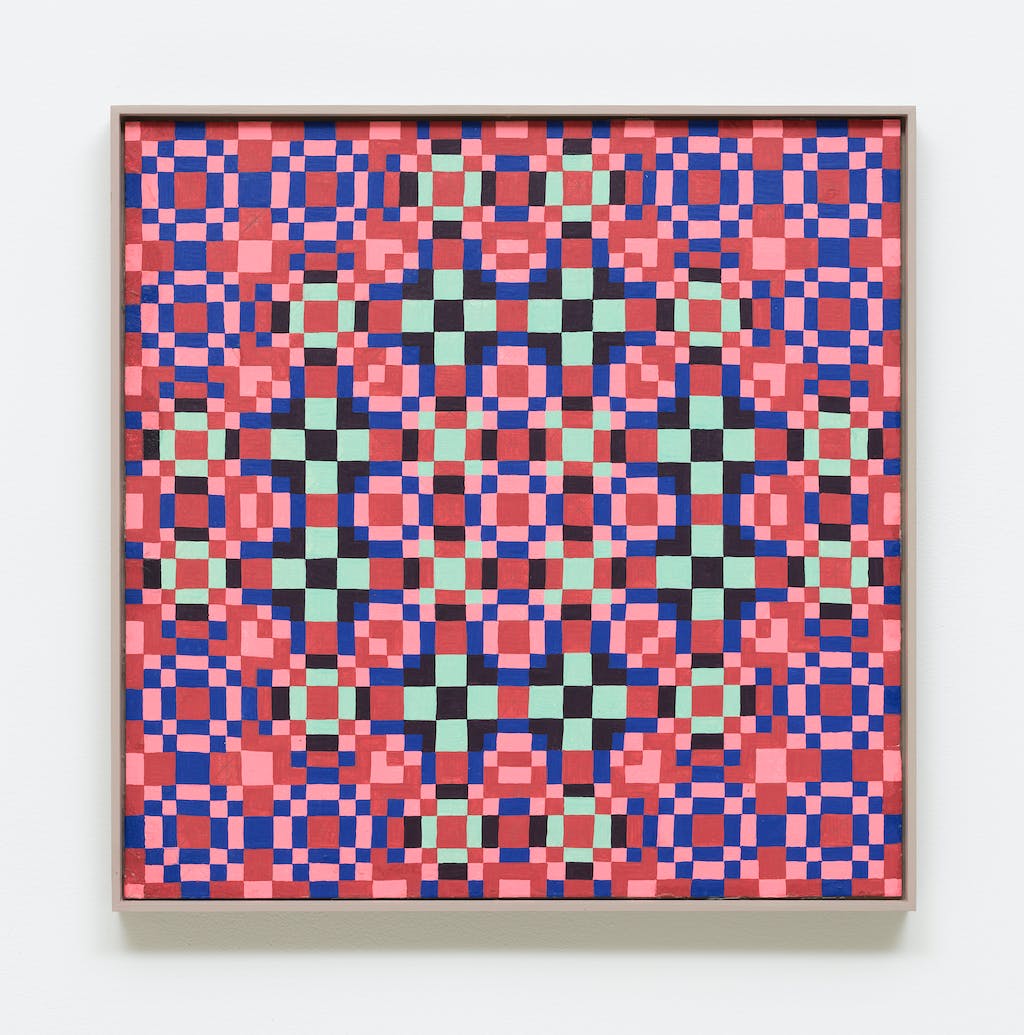 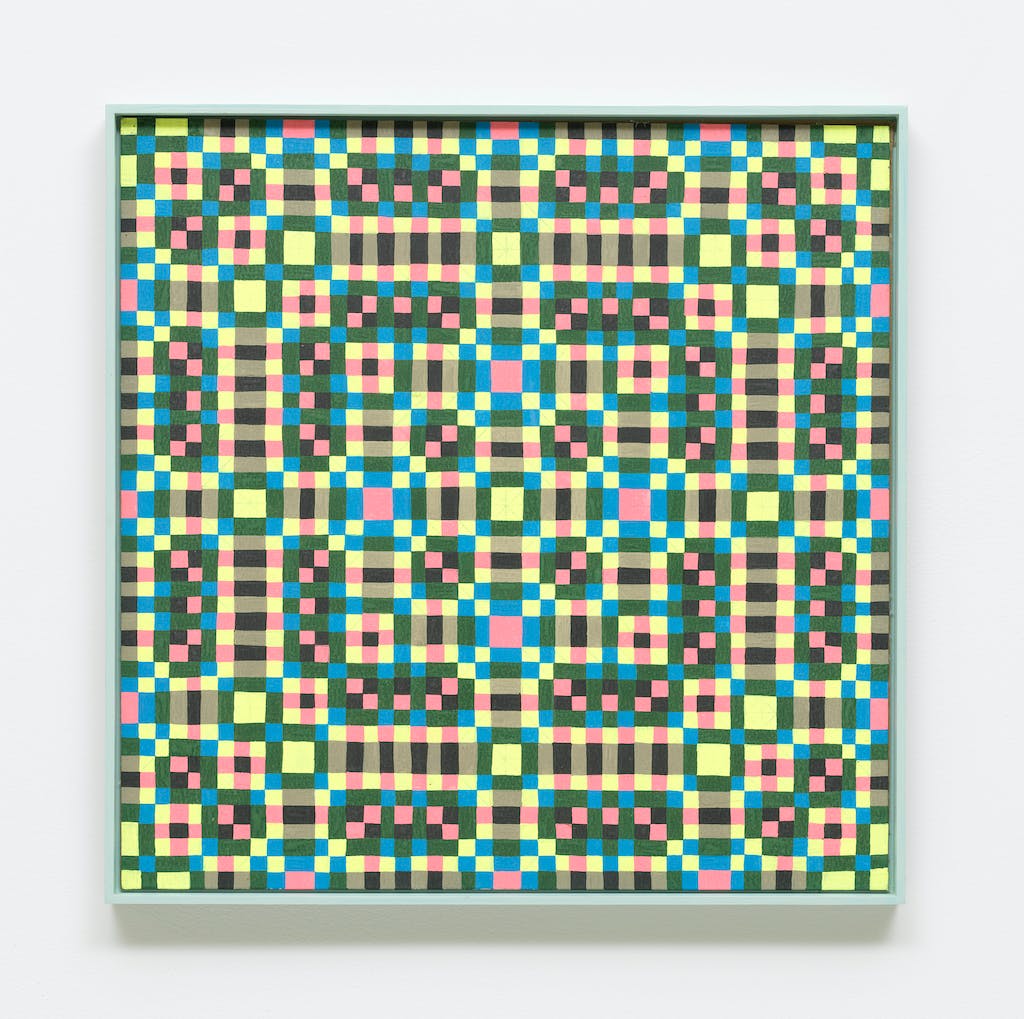 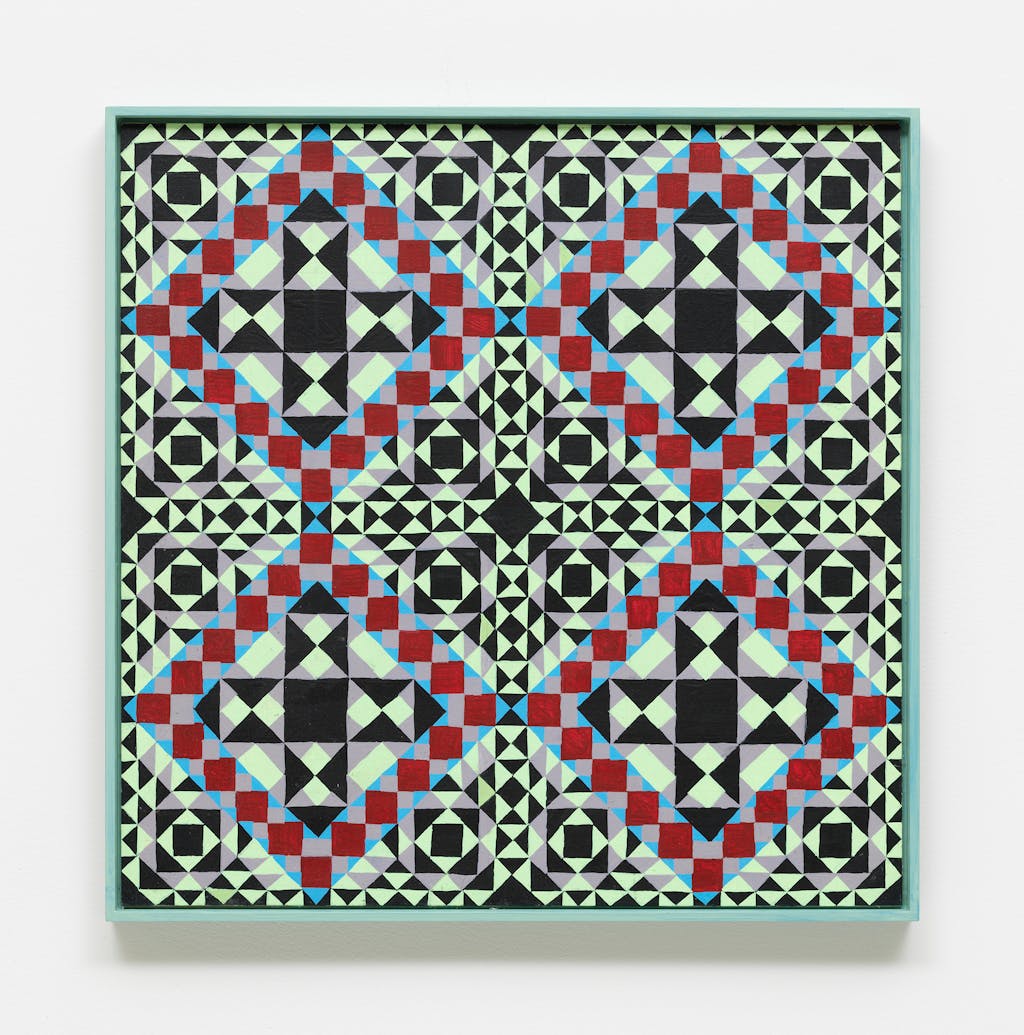 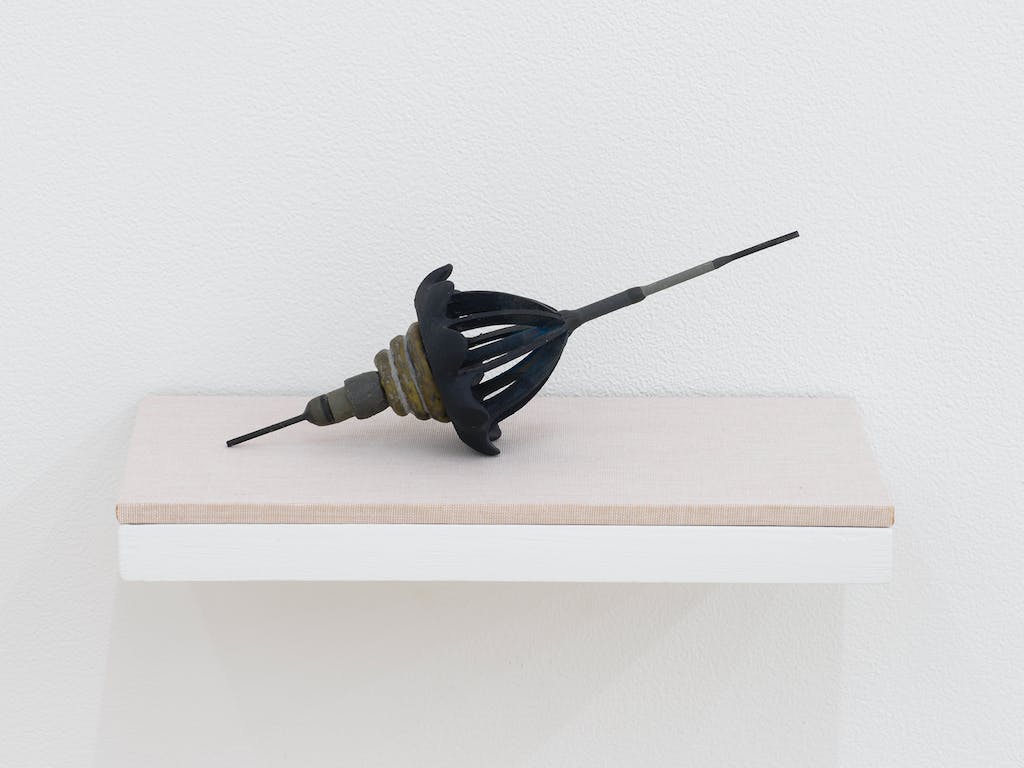 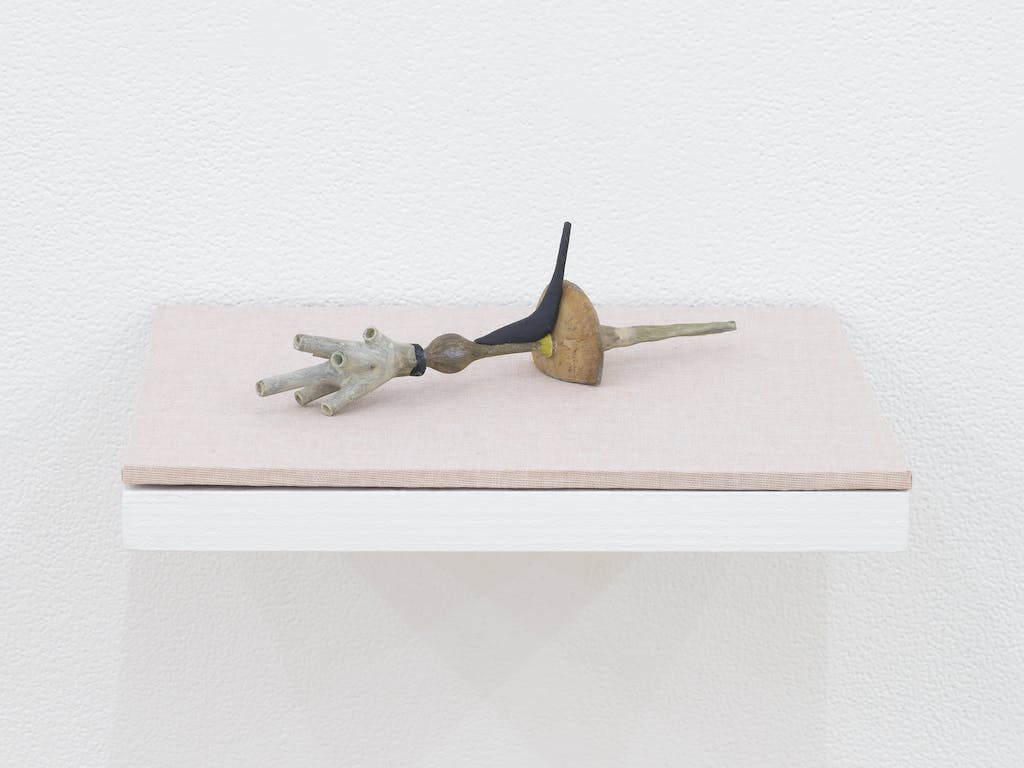 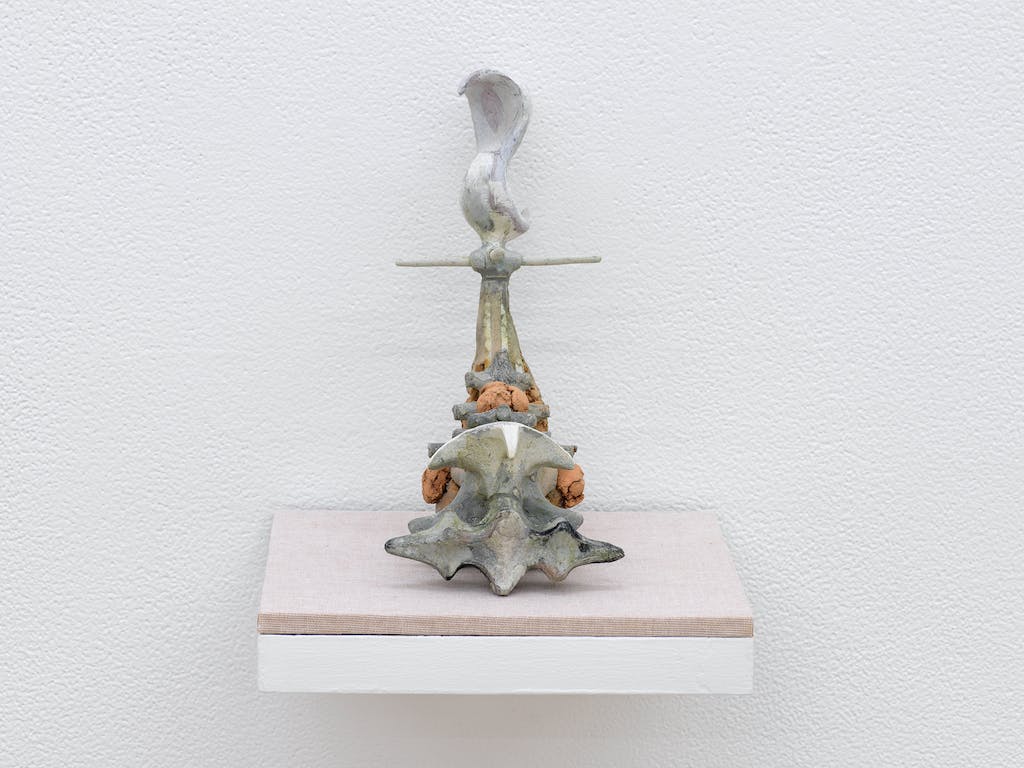 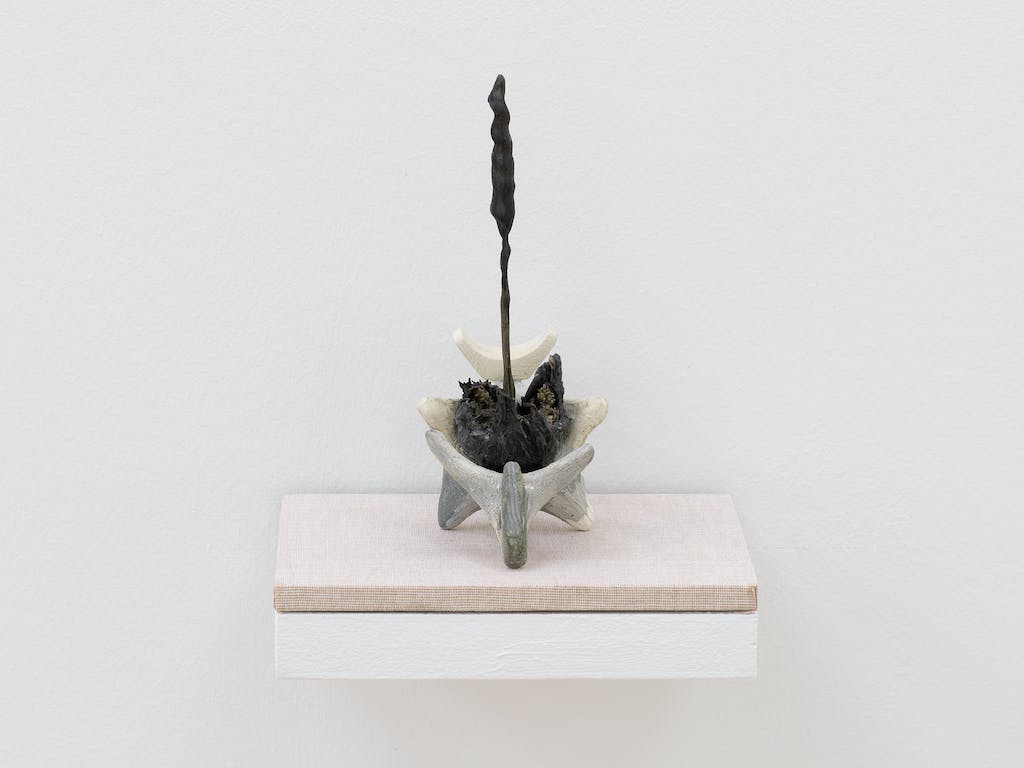 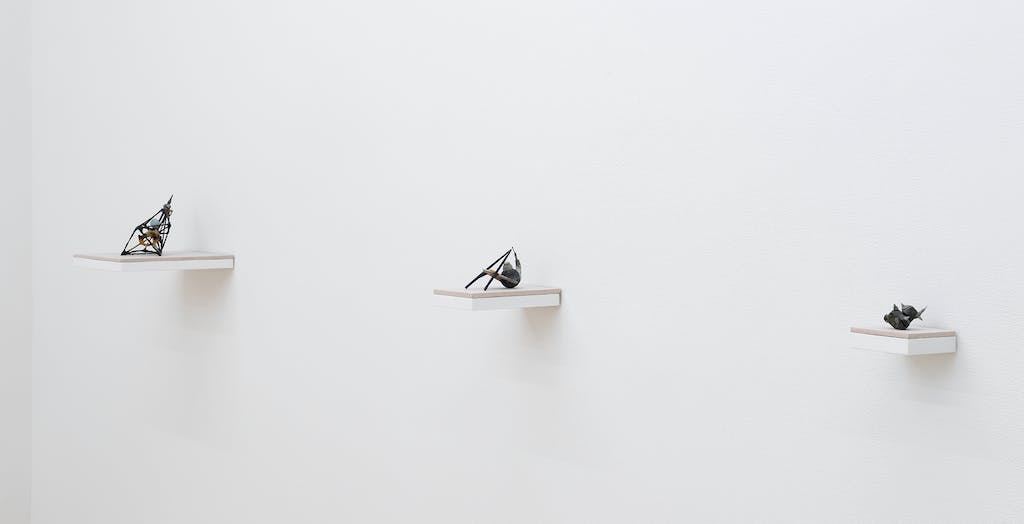 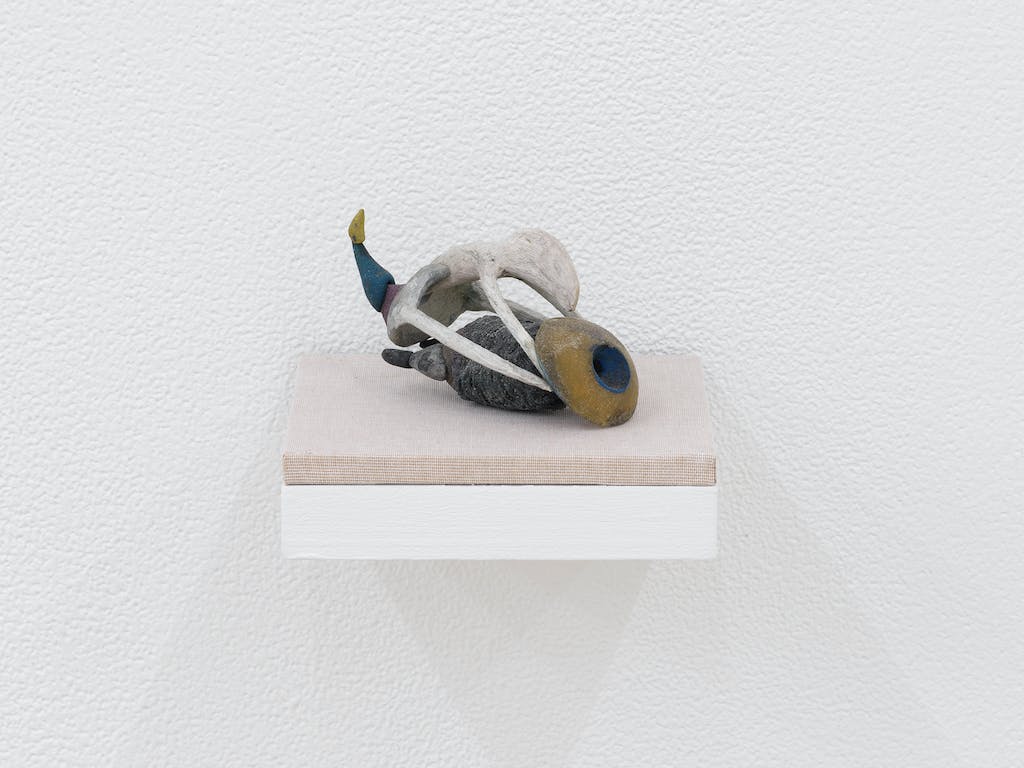 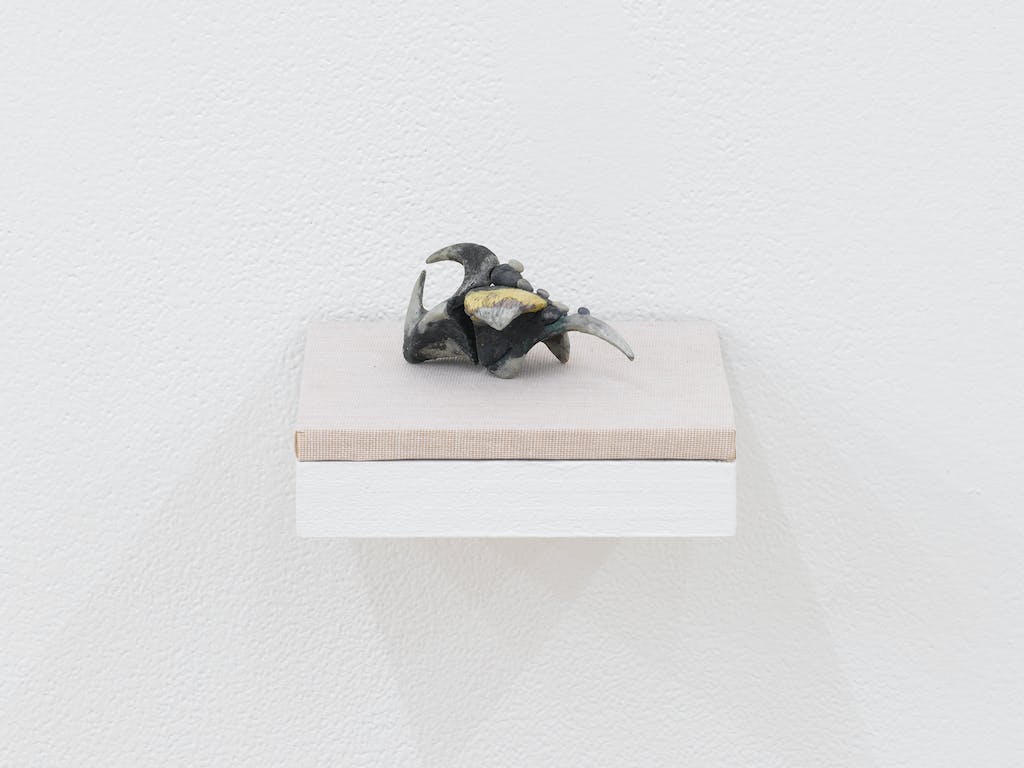 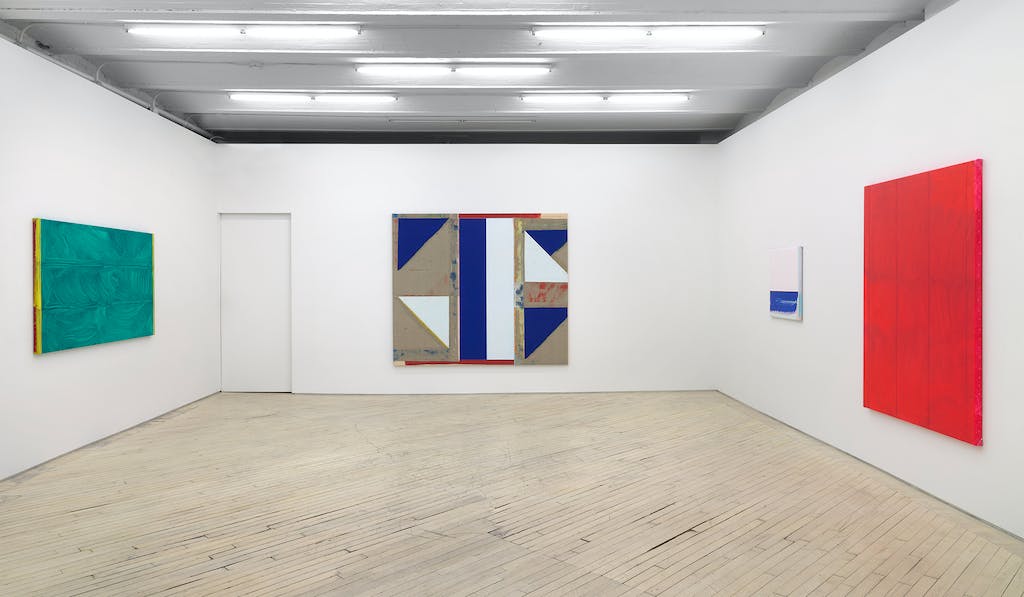 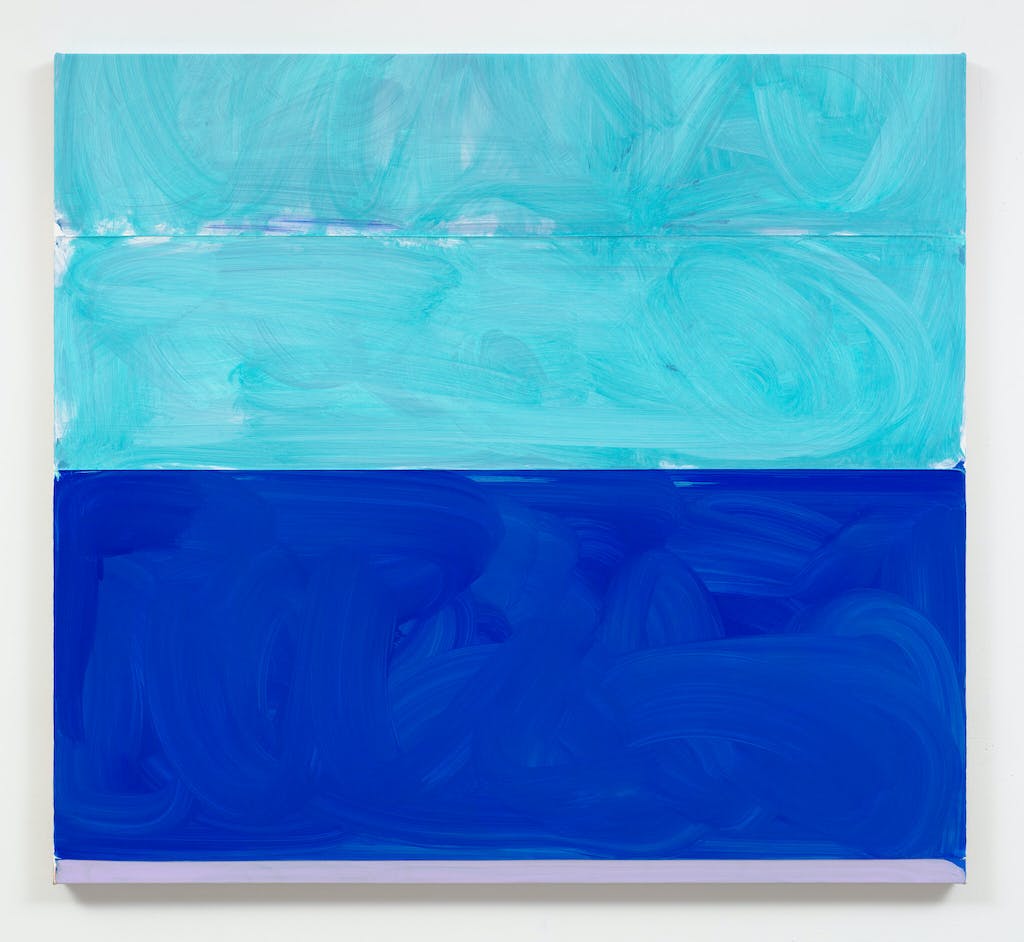 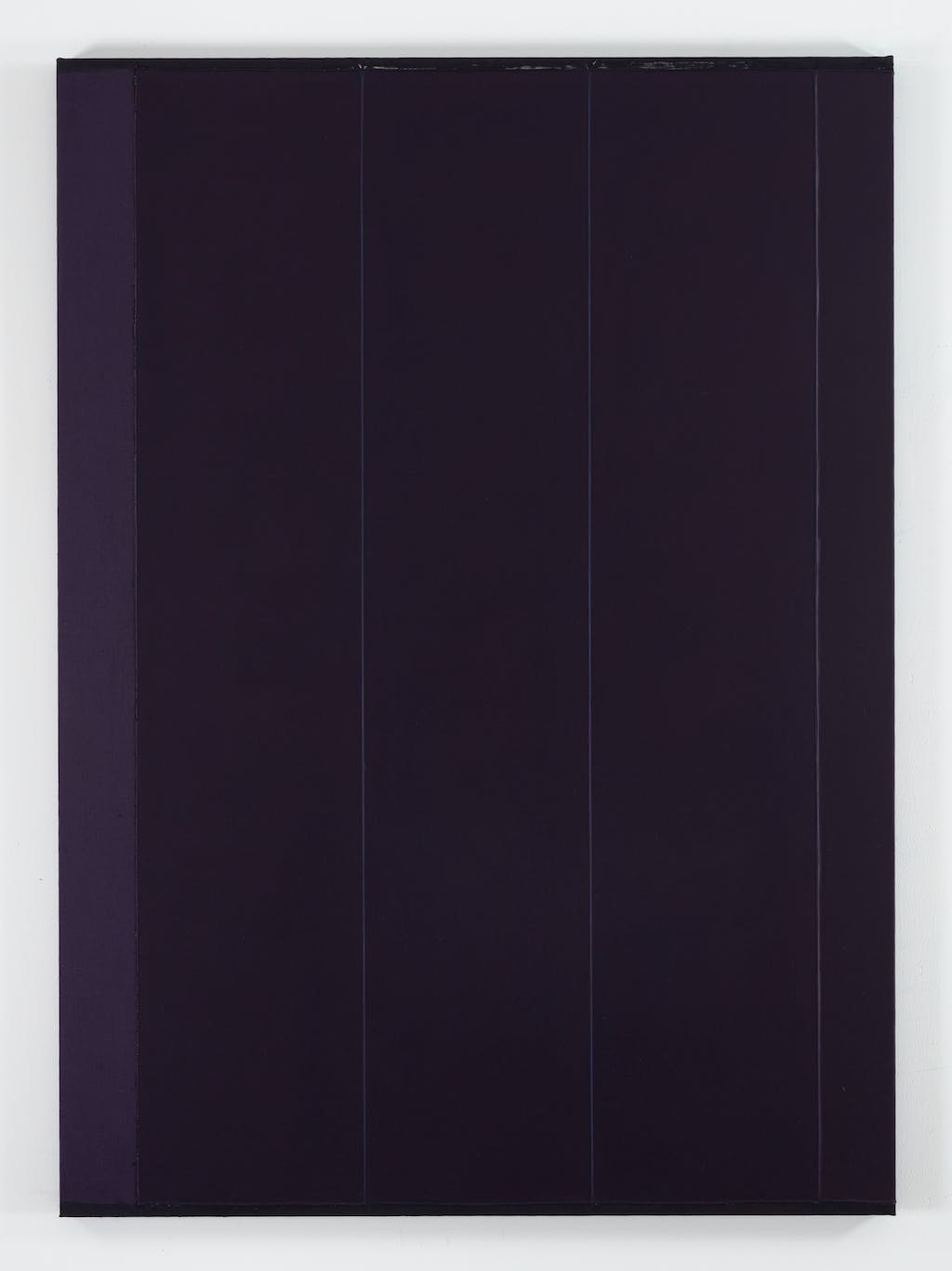 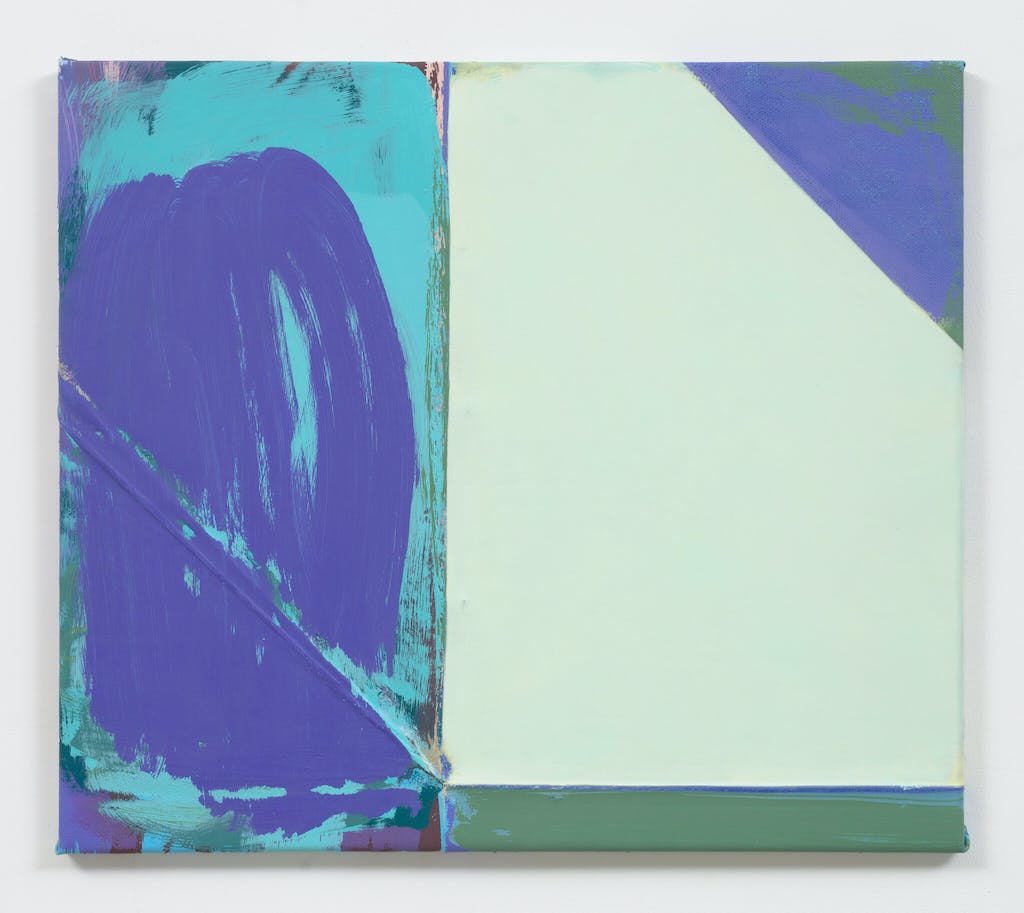 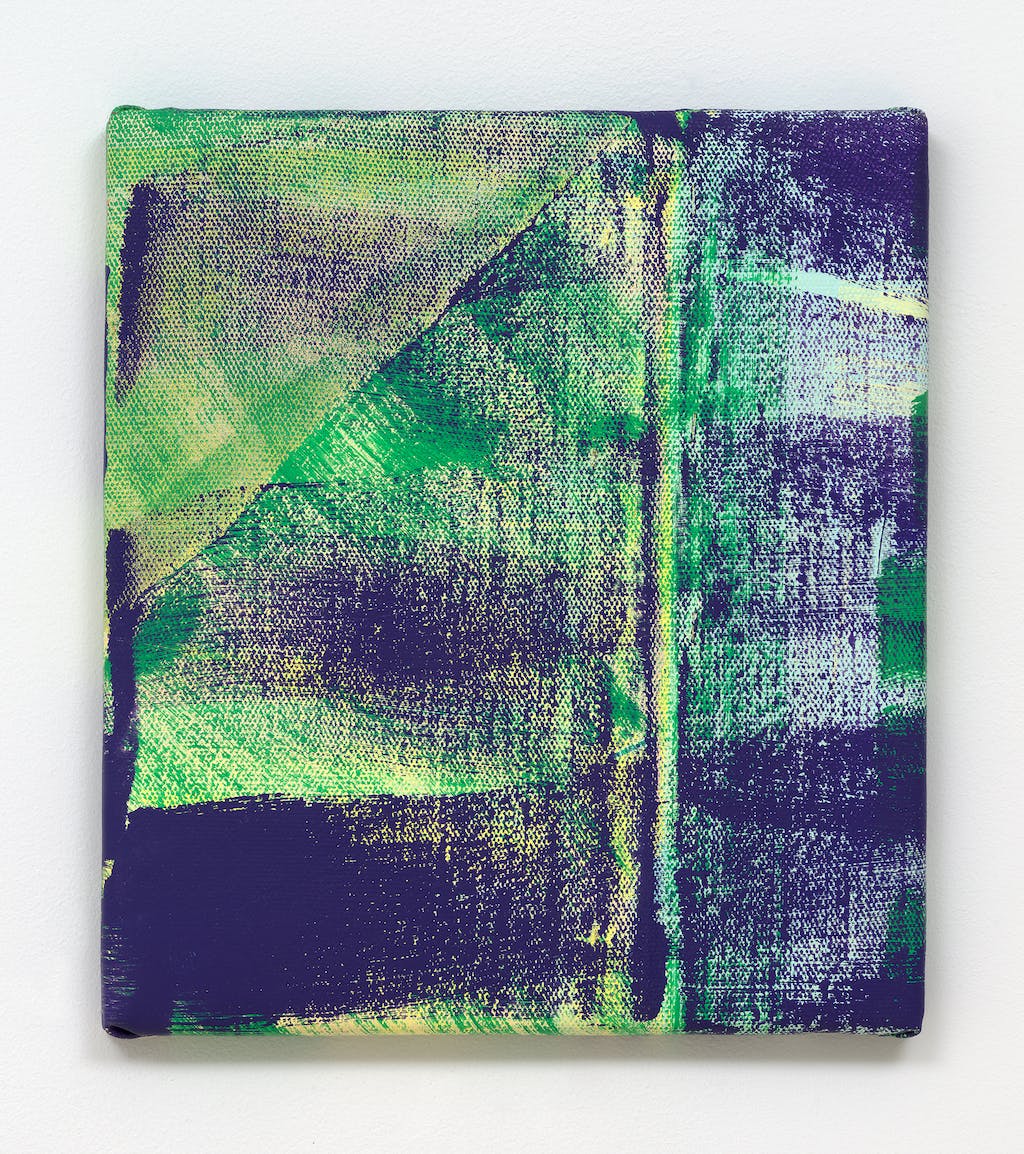 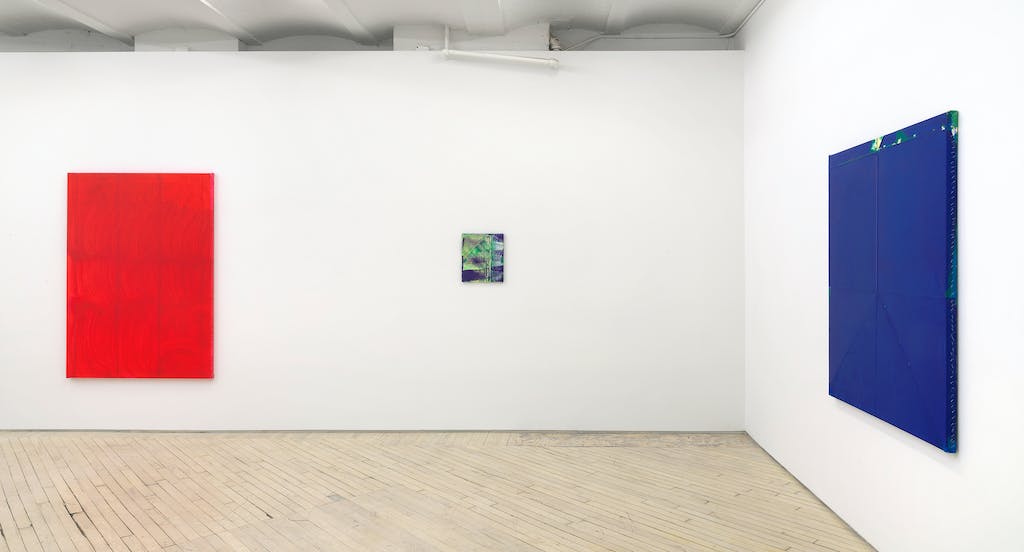 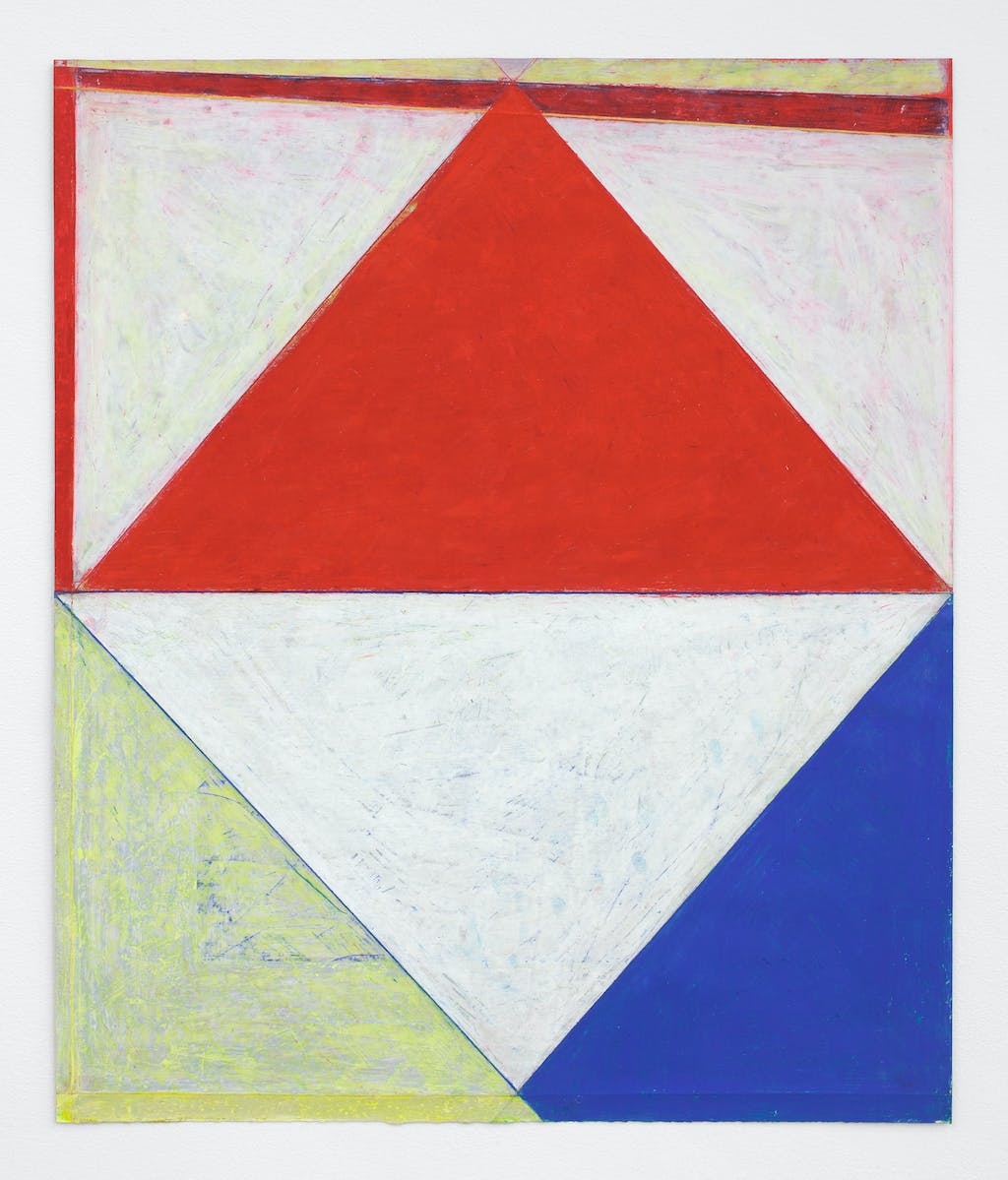 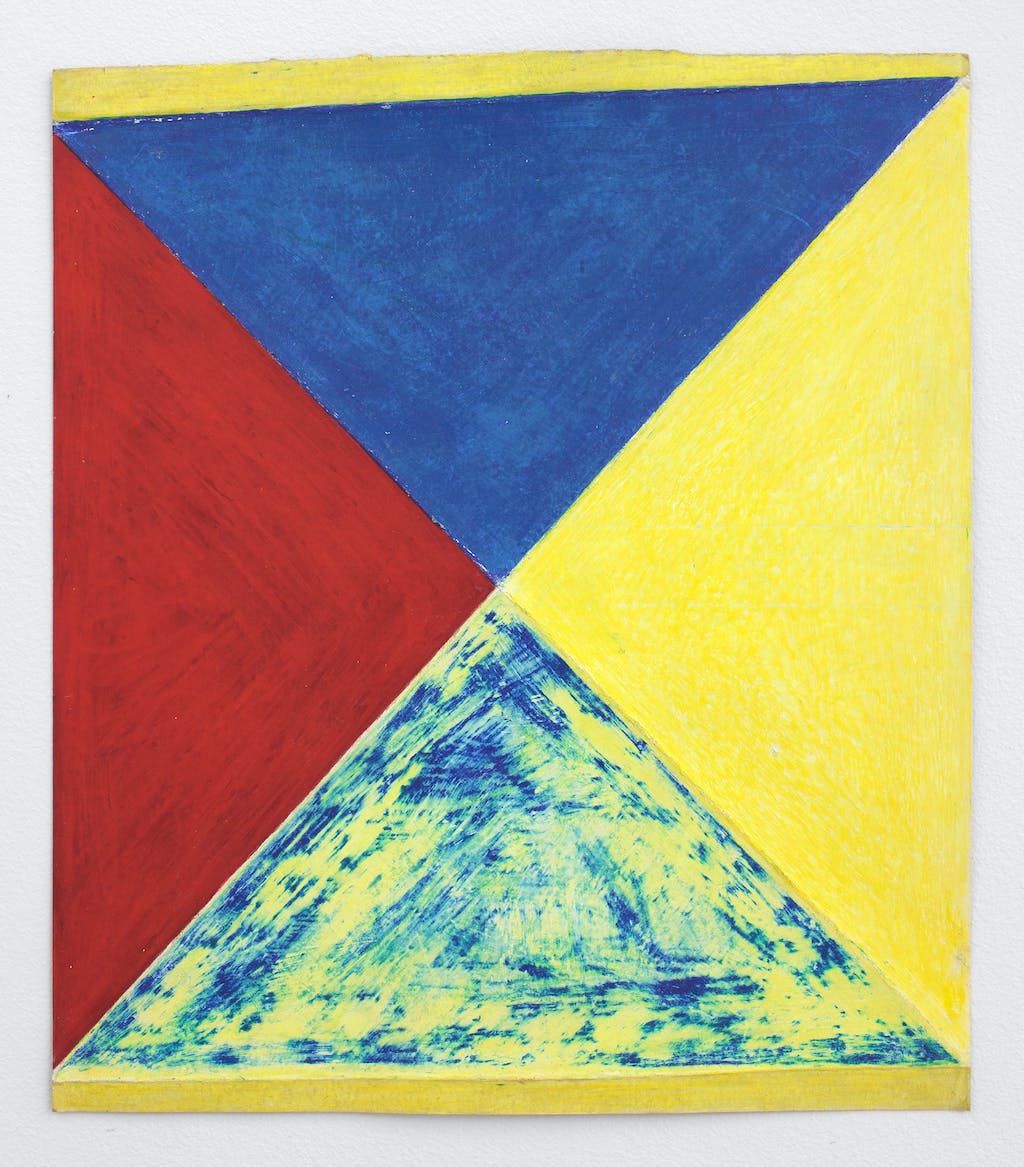